Let The Right One In!

Curiousity reigned seeing Let The Right One In which recently opened at the Apollo Theatre in London.  Let the Right One In (Lat Den Ratte Komma In), a Swedish vampire romance, is written by John Ajvide Lindqvist in 2004.  Adapted as an award winning film in 2010 by himself and directed by Tomas Alfredson. 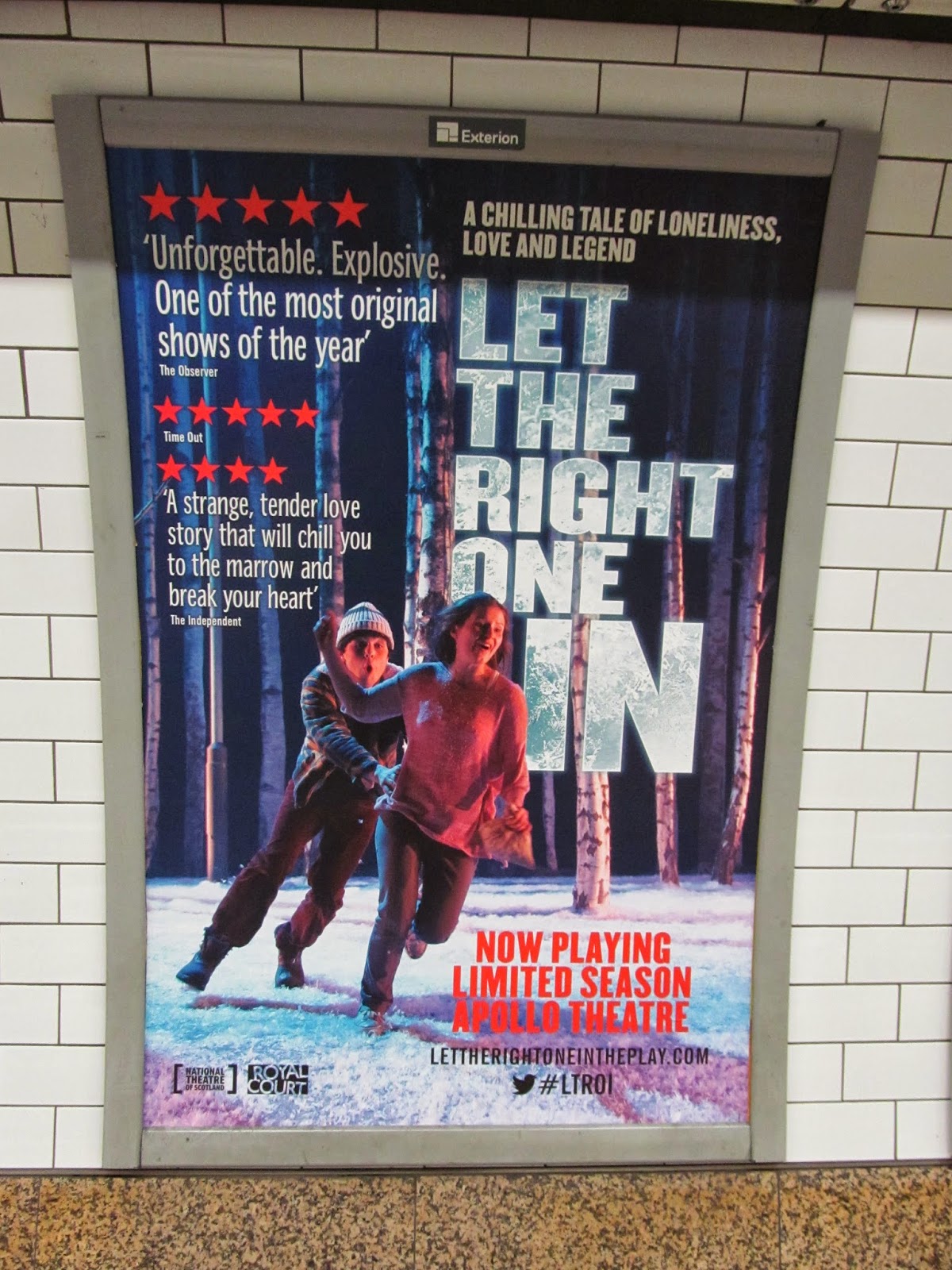 Let The Right One In

The stage adaptation is by John Thorne and directed by John Tiffany and Steven Hoggest.  Produced by the National Theatre of Scotland and the Royal Court Theatre.  The story explores two characters, Eli (Rebecca Benson), a vampire who never grows old, and Oksar (Martin Quinn), a 12 year old boy who is bullied at school.  The main attraction of the play is the extraordinary friendship between them and how loneliness, isolation and companionship were important for their survival.  It's interesting to learn that John Thorne, like the film director, Alfredson, chose to focus on the friendship of both Eli and Oksar rather than the traditional vampire story telling. 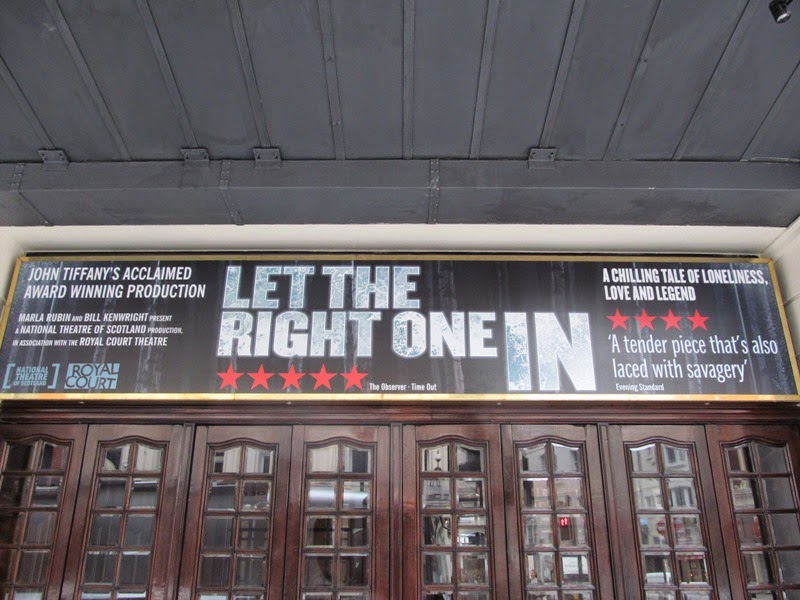 Let The Right One In, Apollo Theatre, London

Oskar, a lonely child, is constantly bullied by his peers and perseveres their persecution.  He's looking for his revenge in order to survive.  Eli, however, is a vampire who needs to kill for necessity and surviving.  Both meeting in very different circumstances forms a close loving relationship in which they look out for each other.  The play teaches them that they can have this common bond and support to ensure their survival whether physically, mentally or emotionally.  This is the same for friendships today where each individual may have totally different lives to one another. 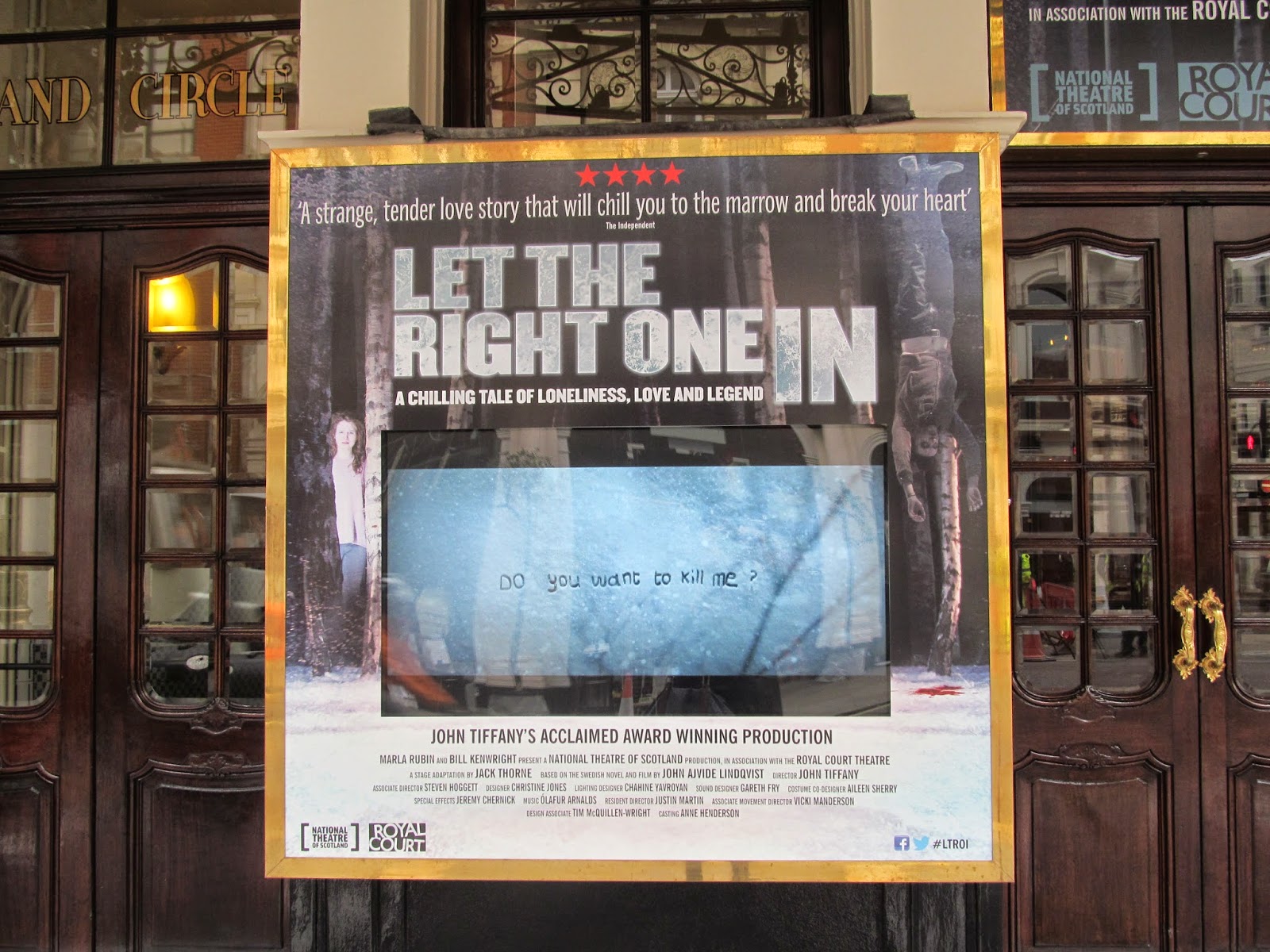 Christine Jones's enchanting set and Catherine Yavroyan's perfect lighting portrayed the darker elements of the story with the dark forest and snow.  It pictures the right environment for the story to be told and, for example, with the trees Eli climbs the trees to demonstrate her strength of a vampire.  John Tiffany discussed how she can 'feel animalistic like part of the natural order' (Tiffany, 2013, Theatre Programme) and yet she has the innocence of a little girl being lost and vulnerable in the woods.  The character of Eli gives a chilling, dark and intriguing feel to the story and its themes raised.  Jeremy Chernick's special effects, Gareth Fry's sound and the wonderful Olafur Arnald's Music worked in harmony in the landscape and the play. 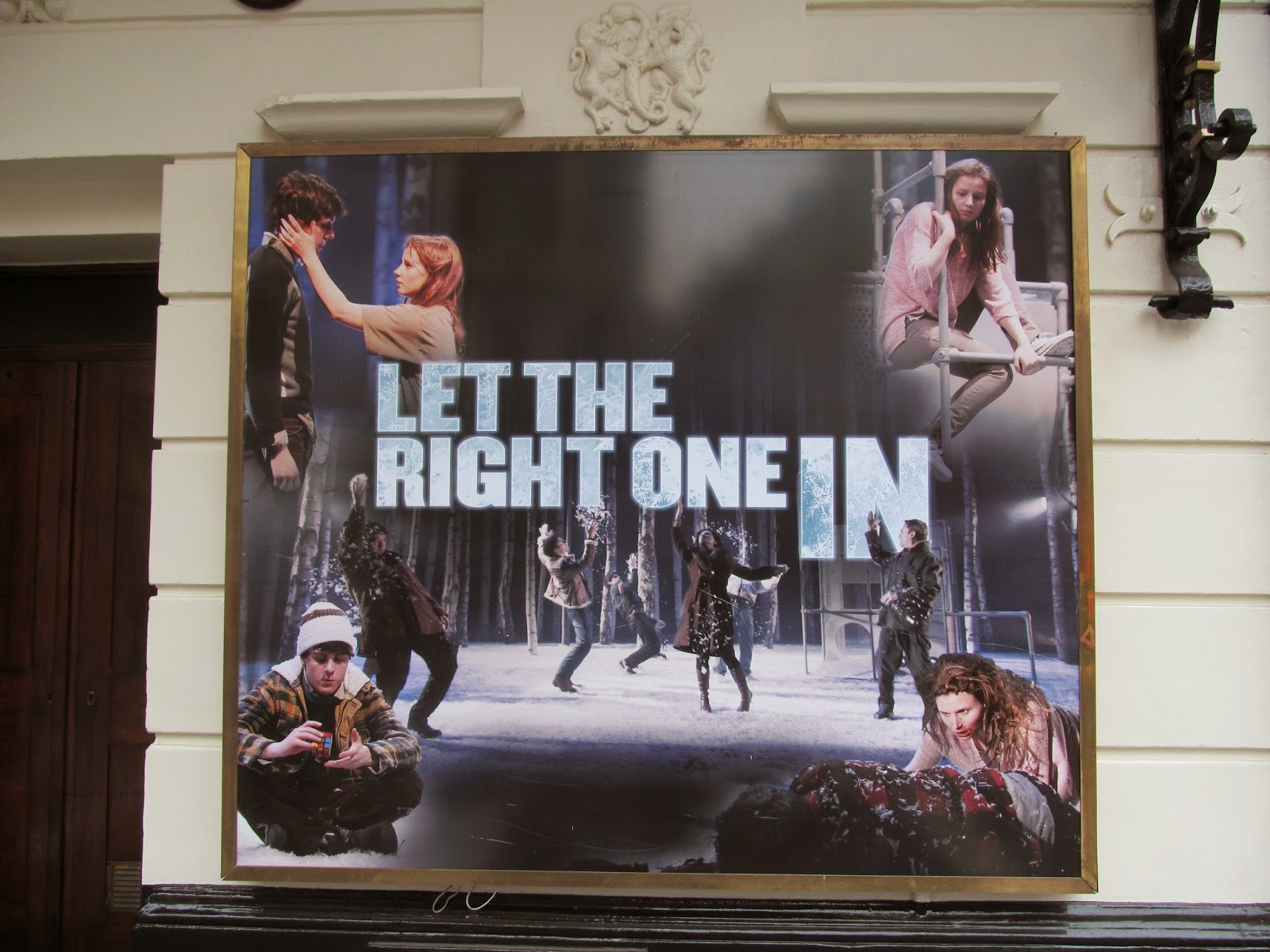 The thought provoking swimming pool scene which happened in the second act.  The scene measured the severity of bullying Oksar endured.  It wasn't comfortable to see but it makes you think what many victims of bullying are going through - maybe not physically but mentally, emotional and psychologically! The main message raised is that bullying is unacceptable and must be eliminated!

Overall an amazing play with a dark, bloody but unique setting! Adorable moving story of two different characters finding a kindred spirit between each other.  Some thought provoking messages how these can relate to society today as in this story!  Rest of the cast were exceptional including Gavin Mackay, Clive Mendes, Angus Miller, Christian Ortega and Susan Vidler.

Let The Right One In is a play not to be missed! See it while you can.  Information and tickets can be obtained via its official website!