Birmingham Royal Ballet's The Prince of the Pagodas 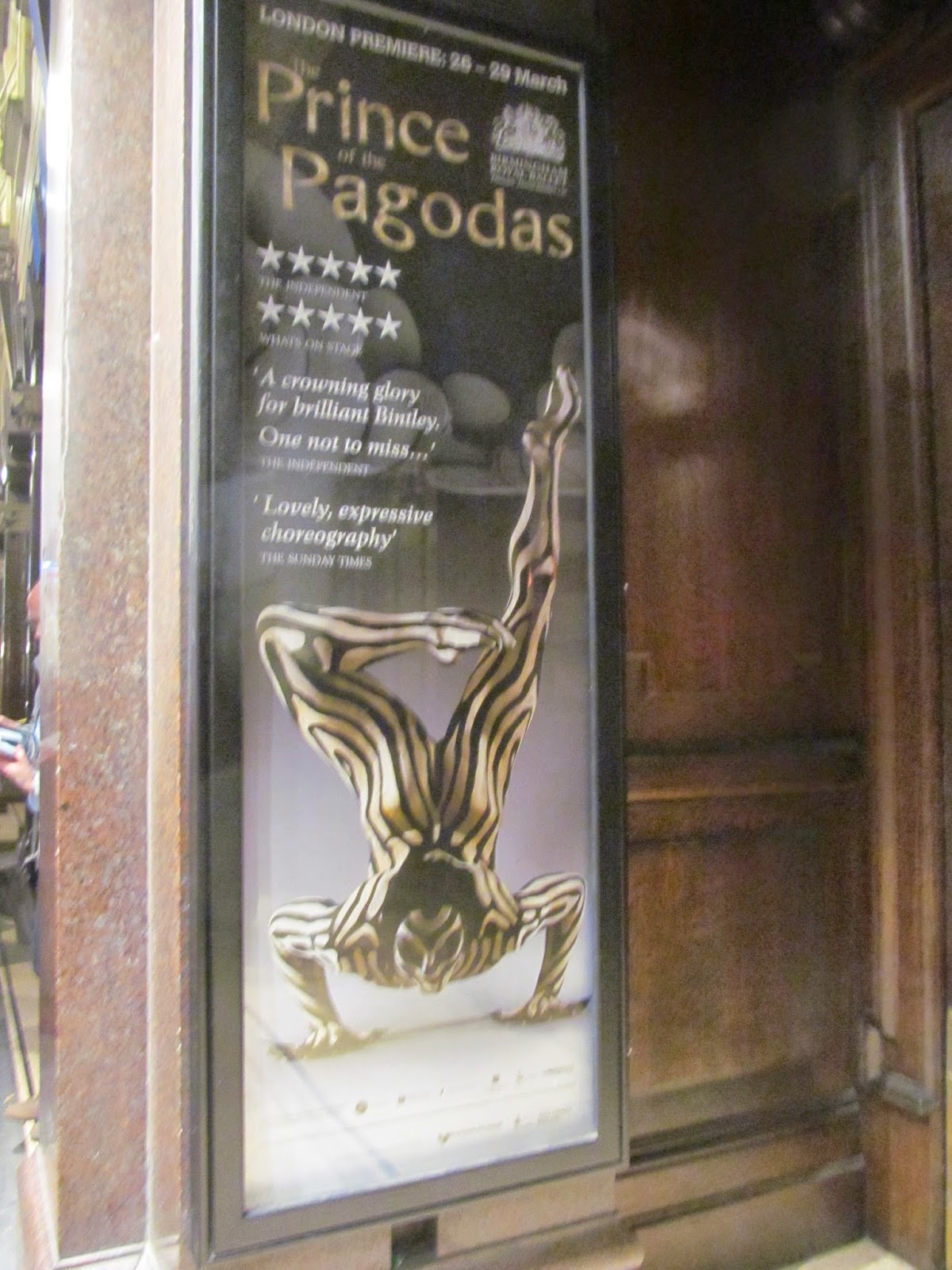 Birmingham Royal Ballet's The Prince of the Pagodas, London Coliseum

The Prince of the Pagodas is based on Benjamin Britten's score.  The ballet is loosely parallel from William Shakespeare's King Lear and John Cranko originally wrote the story.  The story is simply about Princess Bella Sakura who refuses to marry a king and is spirited away by the Salamander to his kingdom, Pagoda Land.  From that point forward she rediscovers herself and her immediate family and returns to the palace, her home.

The stunning sets and lighting by Rae Smith (Designer for National Theatre's War Horse) and Peter Teigen respectively were perfect for the story to be danced to.  Birmingham Royal Ballet artists performed this production with accompaniment of Britten's score conducted by the Royal Ballet Sinfonia.

The adorable use of the Balinese Gamela music incorporated nicely in Britten's score.  This reflected the story's mood and drama when Princess Belle Sakura (danced by Jenna Roberts) was transported to the magical Pagoda Land by Salamander (danced by William Bracewell) and their discovery of the relationship. Britten was influenced by Balinese Gamela music from his visit to Bali in 1956.  A lovely arrangement of the use of xylophones, a variety of percussion, an orchestral gong and a double bass to produce these gamelan sounds including a signature gong sound.  In the ballet itself, Balinese culture was represented as well as the Japanese one with a Balinese Ladies dance (danced by Laura Day, Reina Fuchigami, Miki Mitzutani and Yaoqian Shang).

I loved how the classical elements were portrayed in the ballet through the dance sequences with earth, air, fire and water.  Princess Belle Sakura's character and emotions were tested such as resisting and adapting to change, determination, wisdom and love.  Above all these tested emotions connected to the quintessential world's creative energy.  These elements, figuratively, are widely used in the Japanese culture and similarly in Asian ones - This is where one's physical, mental and emotional state of mind whenever challenges and struggles are faced in society and life.