A Return Visit to The Full Monty! 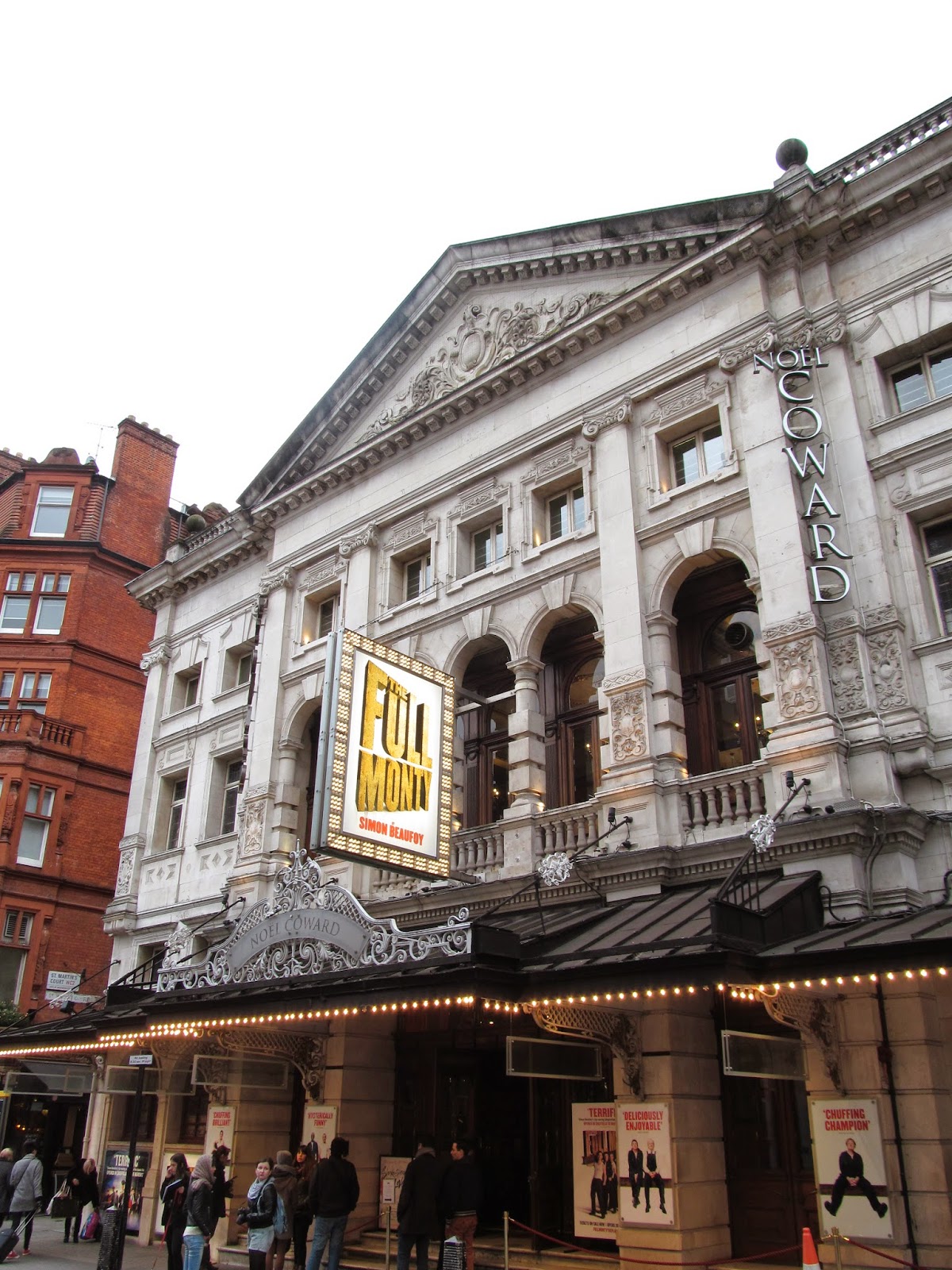 After seeing Sheffield Theatres's The Full Monty in Leeds last year I was delighted to see the production transferred to Noel Coward's Theatre in London for a limited run.  Before seeing it however I was saddened to learn that The Full Monty was closing sooner than planned.  I don't understand why and still haven't come to terms with it! No fear, I'm delighted it's touring the UK from September though I'm very disappointed the production isn't visiting Leeds (I'm still hoping)! Still I'll be catching it at a city nearby as it's too much of a good opportunity to miss!

The play is based on the 1997 award winning comedy movie which is produced by Fox Searchlight Pictures and directed by Peter Cattaneo.  It starred Robert Carlyle as Gaz and the movie won the BAFTA Award.  Simon Beaufoy, the screenplay writer, wrote the stage adaption especially for this production.  As many know the story is set in Sheffield, North of England, and is about six unemployed men who form a male striptease group in order to survive in the tough economical climate. 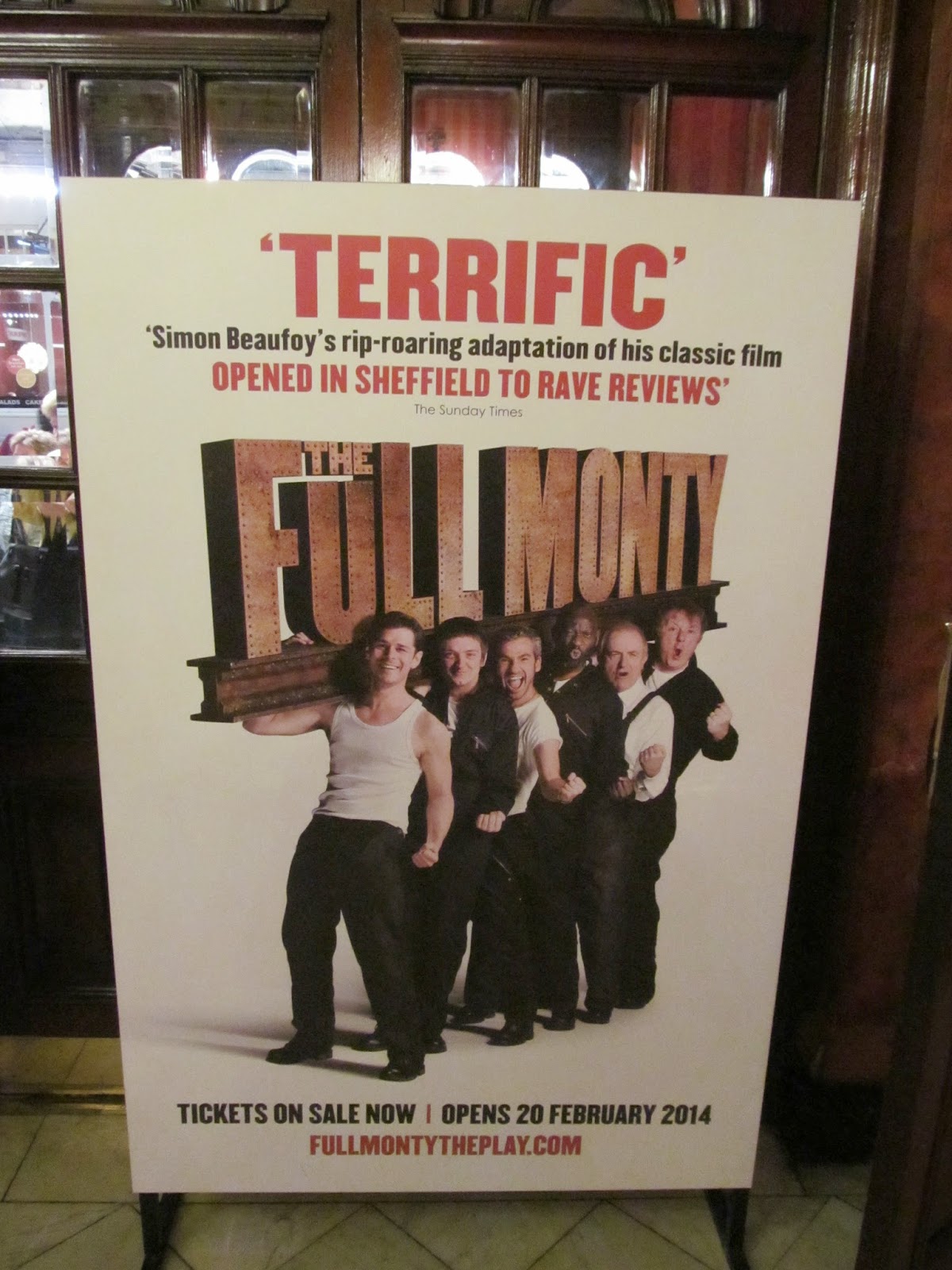 Beaufoy focuses on the humour in The Full Monty as he did in the movie.  He discussed how humour is essential for one to deal with adversaries and its despairs of unemployment. This was the case for Gaz (Kenny Doughty) and his companions in the play.  Through the humour it touches a number of themes, predominantly unemployment, but raises the issues of mental health, debt, sexuality, one's impotence to change the predicament imposed and each individual's determination and creativity, such as stripteasing, to survive.

Sheffield is known as a 'City of Steel' and is renowned for its proud steel industry.  Like other industries across the country, the steel industry decline due to the reducing output later on in the 20th Century.  From a political perspective, at the time, there was the need for the industry to be competitive especially internationally and the decisions led to restructuring of the industry, including privitisation, and a mass unemployment.  The unemployment had (still has) a profound effect on its workers and their families and communities.  There was also this sense of pride working in an industry which spanned generations which has declined.

The reality of what happened was rather too much for one to take in and being unemployed was detrimental to themselves and their role in society.  Beaufoy said in an interview that the men were lost and not knowing what was going on with their lives and also in their city (Beaufoy, The Full Monty Theatre Programme).  Although life goes on and the city moves forward, many feel that some things will not be the same anymore.  It isn't any different today but it feels more widespread across the existing manufacturing industries and service ones.  Many out there share exactly what Gaz and company went through. The performance I went to on one March evening was excellent, which I expected, with its super talented cast who entertained us from beginning to end.  I was laughing long after the show.  A big thanks to Kenny Doughty (Gaz), Roger Morliage (Dave), Craig Gazey (Lomper), Kieran O'Brien (Guy), Sidney Cole (Horse), Simon Rousse (Gerald) and company.  I had the pleasure meeting some of them at stage door after the show and were so appreciative though emotional with the pending show's closure.  A big credit to the creative team who made The Full Monty on stage a big success! Such as direction of Daniel Evans and Steven Hoggert's choreography; the designers, Robert Jones (stage), Tim Lutkin (lighting) and Ben and Max Ringham (sound),  The comedy was accompanied by feel good songs from Irene Cara (Flashdance), Donna Summer, James Brown, Tom Jones, Hot Chocolate et al.

See you on tour, The Full Monty!  The tour our details can be found here.