An Education in Art

I had a fun and educational time at Walker Art Gallery in Liverpool.  I do love my art and because of my studies I've gained an appreciative understanding about why the artists draw/paint the way they do. 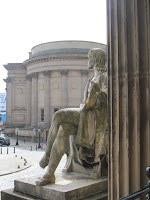 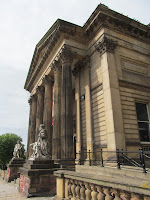 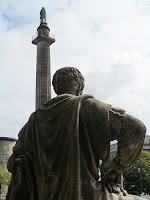 Visiting the Walker Art Gallery was no exception.  The gallery offers a variety of works ranging from medieval art to contemporary works.   I chose some exhibitions to check out which were of personal interest to me.

As well as it being emotive with the works I've seen I also felt I was re-educated (would have been handy for my fine arts studies in my humanities modules).  I was reading about the techniques artist used for their works in the Post Impression Era such as Formalism (Robert Fry), Impasto, Tempera, Abstract Art, Fauvism, Surrealism and so far.  I've appreciated how the artists applied these techniques such as the use of colour, symmetry/positioning of objects and lighting and how these attribute to how the artist felt at the time.


I share a bit of background about the Walker Art Gallery.  The art gallery opened in 1877 and it gained national status in 1986.  The building was used in World War II for distributing ration books and venue held the inaugural John Moore contemporary painting prize in 1957.  Today it is part of the National Museums Liverpool.

I enjoyed looking at Pre-Raphaelites' works and learning how the Pre-Raphaelites Brotherhood was launch in 1848 by seven young artists. The artists weren't happy with then the British Art existing standards and they felt that their work should represent something symbolically and morally.  I particularly loved William Davis Corner of a Cornfield.

There was an interesting gallery housing works of Sir John Moore (1896-1993) prize winners from 1957 to today.  I read about Moore aims about giving Merseyside residents opportunities to see paintings and sculptures done by country's leading artists and also to promote contemporary arts.  Some works included David Hockney Peter Getting Out of Nick's Pool and Peter Davies Andy Warhol Text Painting.  Davies simply sums up today's world and I was reading how he wanted to 'combine the sensuality and beauty of formalism with the humour and toughness of conceptualism' (Davies).  One piece of work that stood out for me was Martin Greenland Before Vermeer's Cloud. It represented the changing seasons and I loved how the seasons blended in with each other. I noted a Lowry painting, Waterloo Dock in Liverpool and I loved his work especially the paintings I saw on the Lowry Trail in Berwick Upon Tweed.

There were some works which I'm familiar with Impressionist painters such as Degas, Mattis, Henri, Cezanne et al.  Their mission was focusing on nature (whether natural or human) and lighting such as natural and artificial lights and the change in weather.  The painters took in account the social and industrial changes combined with emotives that were happening at the time.  Two paintings that stood out for me were Morning Twilight by Charles Conder (1868-1909) and Monet Icebreaking Up on the Seine near Bennecourt (1893).

This sums up a perfect and personal visit I had at the Walker Art Gallery (Further information is available on the website).

Posted by Dawn Smallwood at 12:33 No comments:

A Feel Good Show with a little Hairspray!

I was enthusiastic seeing Hairspray at the Leeds Grand Theatre after watching the DVD a couple of times beforehand.  It was on at the Shaftesbury Theatre in London's West End between 2007 and 2010 starring Michael Ball and Leanne Jones.

Initially I was disappointed not to see Mark Benton and Freya Sutton on the cast board for the evening's performance.  However my disappointment faded when seeing Daniel Stockton and Nikki Pocklington and Edna and Tracy respectively and their performances were incredible!  In fact all the cast were exceptional, a job well done!

It was such a feel good show from the beginning to end following the journey of Tracy Turnbald's desire to dance on The Corny Collins Show and her desires are to win Link Larkin's heart and to integrate the show so everyone can dance in unity.

The musical is based on John Waters's movie in 1988.  The book is written by Mark O'Donnell and Thomas Meehan.  Marc Shaiman composed the music and written the lyrics and is recently did the music for Charlie and the Chocolate Factory .  Original direction was by Jack O'Brien and choreographed by Jerry Mitchell.  The story is set in Baltimore in 1962 where race segregation was still then a fact of life and there was a segregated dance show.  Tracy's quest came to a challenge because of existing attitudes and ignorance, whether willingly or unwillingly, and especially with the manipulative and scheming Velma Von Tussle (Lucy Benjamin) and her vain and petty daughter, Amber (Gemma Sutton).  Velma and Amber would go at all lengths including corruption to discredit Tracy and to prevent her competing with Amber for the coveted Hairspray pageant crown.

I loved the feel good catchy musical numbers from a variety of genres.  There is the positive opening, Good Morning Baltimore (Tracy (Nikki Pocklington), the optimistic Welcome to the '60s (Tracy and Edna (Daniel Stockhill), Run and Tell That! (Seaweed (Adrian Hansen) and Inez (Gabrielle Brooks), the romantic Without Love (Tracy, Link (Luke Striffler), Seaweed and Penny (Lauren Hood), and the poignant and moving I Known Where I've Been (Motormouth (Claudia Kariuki) and Ensemble) and my favourite hit must be You Can't Stop the Beat (Company) which got us going in our seats and end up dancing away!  I'm still humming this song just now!

The atmosphere on stage and in the audience was incredible and everyone was drawn in from the very beginning.  David Rockwell's sets and William Ivey Long's costumes blended in nicely with the characters and mood of the musical's synopsis.

I highly recommend Hairspray and further information can be found on the official website. As I agree with the Daily Telegraph, it's 'Big Hair, Big Heart and Big Hit'!

Posted by Dawn Smallwood at 09:44 No comments: 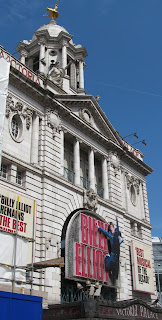 I saw Billy Elliot for the first time in July.  I was treated to this show by a dear friend of mine - thanks Sophia! I'd already known a fair bit about Billy Elliot; a boy whose inspiration is to dance, comes from a working class family and the story happens amidst the miners strike in 1984/85.  I remembered the strike when growing up and how the impact it had on families and communities.  Some family friends' friends were miners and I remember some communities provided food parcels for the miners and their families.  Even as a child I knew from that point forward the strike changed some of the things forever.

Anyway, back to Billy Elliot! The musical opened in 2005 and based on the said title of the movie which was released in 2000.  The movie was written by Lee Hall and he wrote the lyrics for the music Elton John composed.  Hall discussed how he took the working class cultures and traditions in account when he was writing this musical.  I saw this reflected in Ian MacNeil's sets on the stage.

The messages raised in the musical were the political and economic issues which the miners and their families were experiencing and also the battles they faced.  Hall termed this as the Civil War between the government and the miners (source: Official Website).  In addition there was the impact on the livelihoods of the miners' families in the communities and the town's industrial heritage as well as its unique culture.  This was reflected in the musical hits Solidarity and Merry Christmas, Maggie Thatcher.  Billy Elliot projected the so called North and South divide and the contrasts of cultural attitudes and expectations.  I've observed during the scene when Billy went to audition at the Royal Opera House with his father.

Many live in similar circumstances.  Some unwillingly have this pessimistic feeling about the future over a number things especially with the government's aims with economic policy and the impact this may have on the individual and in the community.

Not all is lost, Billy endured a lot of struggles such as losing his mother and the family struggled financially because of the strike.  The musical foretold how Billy demonstrated optimism through his passion for dancing and how this would affect his life from that point forward.  His dream inspired his family, despite their reservations at first, and how this spread across his community and not forgetting the spirit of his mother.

The pursuing of the dream was projected beautifully with incredible stage dancing, Expressing Yourself, Angry Dance, He Could be a Star and Born to Boogie.  All the musical numbers were choreographed nicely with the cast members' performances and the talented Tade Biesinger's acting, dancing and singing.  This is a big thanks to Peter Darling's choreography and the overall direction by Stephen Daldry.

Lee Hall discussed how one, whatever background one is from, can discover creativity through expression of the arts.  He stated that one is capable of 'finding moments of real profundity and creativity whatever our circumstances' (source: Official Website).  Arthur Scargill, Leader of National Union of Mineworkers, was quoted by Hall saying that society needs to be creative and members to make time to fulfill one's talents and interests especially with the arts and cultural interests (source: Official Website).  I think this is positive and not view life as pessimistic with being bogged down in a rut with a prescribed routine.  As Billy demonstrated through dance that it is possible to do anything you've set your mind on.

I can think of other theatre productions with parallel stories to Billy Elliot such as The Pitman Painters and Brassed Off.  As Scargill concluded one, like Mrs Wilkinson did on behalf of Billy, has to take the initiative to seek their creativity through the arts.  Going about it is not as easy done than said (source: Official Website).

Seeing this musical has made me appreciate the social and political context and how one can fulfill one's potential despite what is happening in their lives.  I enjoyed the member of casts performances including Kevin Watken (Tony), Anna-Janice Casey (Mrs Wilkinson), Ann Emery (Grandmother) and Howard Crossley (George) whose charismatic presence on stage reminded of a family friend who lives in the North East of England.  I especially enjoyed seeing Simon Ray Harvey (Mr Braithwaite) who I saw in Love Never Dies a couple of years ago.

The variety of music used in the score was wonderful. It was nice to have seen Tchaikovsky music played during the 'Swan Lake' scene when Billy visualised himself as a future professional dancer.

I could spend hours discussing other messages raised from Billy Elliot but I won't.  Due to the nature and context of the show, explicit language is used and advice needs to be sought from the box office if this is an issue to you.  Still the musical is highly recommendable and it won the Olivier's Audience Award in 2013.  Definitely a highlight on my trip! For further information here is the official website.
Posted by Dawn Smallwood at 11:18 No comments: