Being Spirited Away by Noel Coward and A Legend! 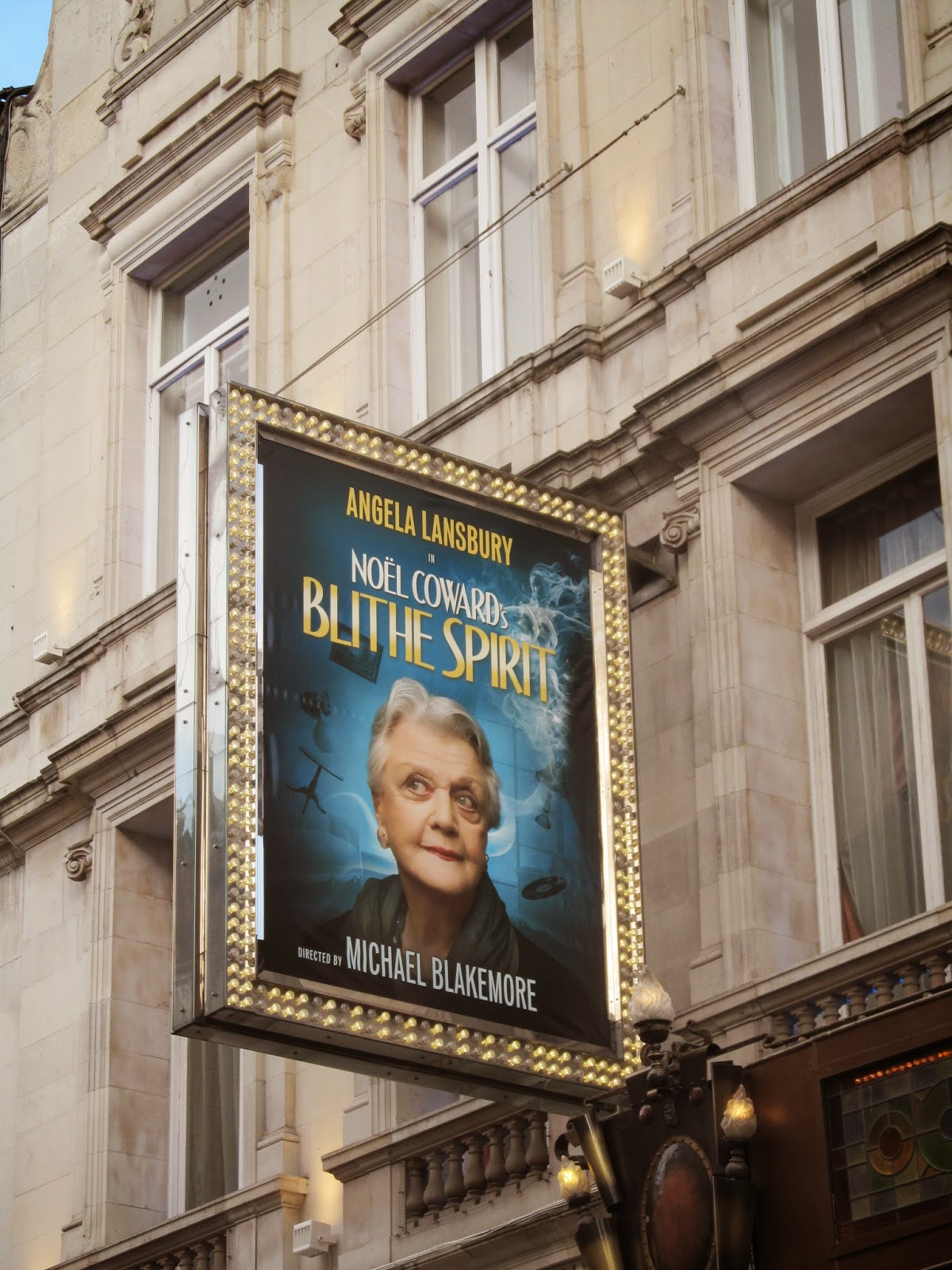 Blithe Spirit is the second Noel Coward's play I've seen on my theatre journey.  To be honest I didn't know much about the comedic play but I was curious to learn and discovered that Angela Lansbury was reprising her Tony Award winning role as Madame Arcati this prompted me to book my ticket!

Noel Coward's play was written in 1941 and premiered in London the same year.  There has been a number of revivals in the West End and on Broadway since then including this one.  Directed by Michael Blakemore who did this production on Broadway in 2009 which starred Angela Lansbury.  The comedy take its title from Percy Bysshe Shelly's Poem To A Skylark.  It's about a writer, Chales Condomine (Charles Edward), who wanted ideas for his next book.  He invites Madame Arcati (Angela Lansbury), an eccentric medium and clairvoyant, to conduct a seance which hopefully will inspire his ideas.  From that point forward, things didn't plan the way way he wished and hoped and the seance invited the return of Elvira (Jemina Rooper), his first wife, to haunt him.  Hilarious and frustrating spirited mishaps continued throughout the play to the despair of his second wife, Ruth (Janie Dee). 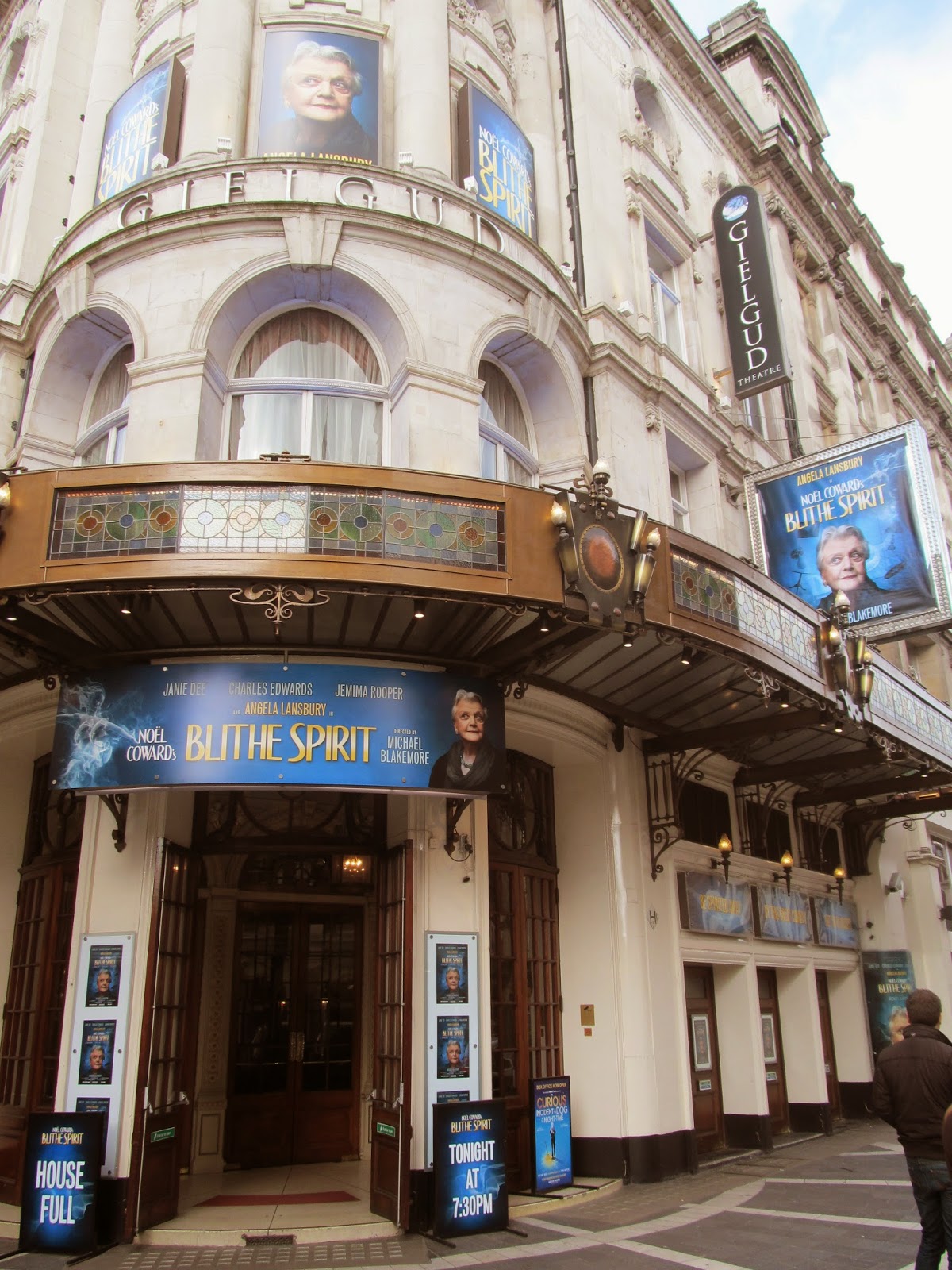 It was an enjoyable comedy with an exception cast of Charles Edward, Angela Lansbury, Jemina Rooper, Janie Dee, Simon Jones, Serena Evans and Patsy Ferran.  It was truly an honour to see Angela Lansbury live on stage.  Around of applause welcomed her entrance and she was such an exceptional Madame Arcati.  Every member of the audience was happy to have had the opportunity to see her in person at the Gielgud Theatre as acknowledged from the standing ovation. Not also forgetting the talented and great creative team including Simon Higlett (Designer), Mark Jonathan (Lighting) and Ben and Max Ringham (Sound).

I always will associate Angela Lansbury with Jessica Fletcher in Murder She Wrote, a television series, and I'm still humming the series's theme tune as I'm typing this post.  She has done a number of award winning roles on stage and screen over the years including being the original Mrs Lovett in the Broadway's production of Sweeney Todd in 1979.  Truly a legend!

The production is on at the Gielgud Theatre until 7th June and ensure you don't miss out tickets can be booked via its website.