I now have the pleasure to interview Stacey Helmore, a fellow musical theatre fan with exciting theatrical ambitions! 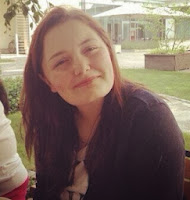 How you got into theatre/musical theatre in general?

Well I've been into theatre since I was young.  I saw my first show in the West End when I was nine years old so I think that contributed to why I enjoy watching shows now.  It's always something that I've had a great love for and because I study theatre I've had some amazing opportunities so the experiences that I've had have drawn me back.

It's always something that I've had a great love for and because I study theatre I've had some amazing opportunities so the experiences that I've had have drawn me back.  I couldn't imagine myself doing anything else so I think I can safely say my life revolves around theatre!

The show I went and saw when I was nine was actually my first musical I remember just sitting in my seat with my mouth wide open for the whole show. I just remember thinking it was the most amazing thing in the world. So it's thanks to that show that I got into musicals.

This is a hard one as I've had so many fabulous experiences. I think one of the main highlights would have to be seeing Idina Menzel live and meeting her. Idina has really been one of the people that I've sort of aspired to be as successful as she's an extremely talented and lovely person and her gigs really are so relaxed and amazing to watch. Another personal highlight has to be seeing Louise Dearman play both Glinda and Elphaba in Wicked. This person is just one of the most genuinely talented people I've ever seen she's just fantastic. 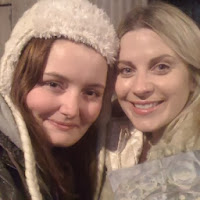 What shows do you recommend that are currently playing in the West End and Regionally?

I could recommend so many! One of my new favourite shows that I've seen is Once. It's a fantastic show, the music is beautiful and the cast are just genuinely phenomenal. As a theatre student I really enjoyed the style the show is performed in and I loved the fact the cast play their own instruments!

Are there any shows that you haven't seen that you would like to?

I really want to see more than one or two shows; Billy Elliot, The Phantom of the Opera, Charlie and The Chocolate Factory. There's more than a few.

What have been your theatrical highlights of 2013?

Going backstage at Mamma Mia (Novello Theatre, London) and The Lion King (Lyceum Theatre, London) were two phenomenal experiences I've had this year. I'm interested in working backstage so it was fantastic thing to see what goes behind the curtains! Another highlight for me was getting the chance to see shows that I hadn't seen before such as Les Miserables and Once. 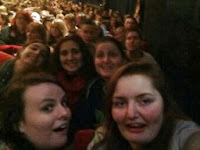 I want to go and see a play called Mojo in the new year. I'm really excited about seeing it.  And as I said I want to see Billy Elliot and The Phantom of the Opera.

I would like to thank Stacey for taking part in this interview.  Please keep tuned for more interviews!
Posted by Dawn Smallwood at 13:36