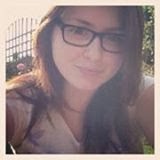 
Please tell me how you got into musical theatre/theatre in general?
I got into musical theatre through being a part of an Amateur Dramatics group, and I went to see my first west end show, Wicked, when I was 12 years old. Although I had been to see many regional shows before this, I did not truly recognise my potential love of musicals until this particular point.


What have been the highlights of your musical theatre journey?

My highlight of my musical theatre journey, however short it might see to be (I'm 19 now), was last year I went to see Sweeney Todd with Micheal Ball and Imelda Staunton. It was a truly magical experience as I had loved Sweeney Todd from when it was performed at my school. The staging of it was amazing and yet so simple.

Within the West End, I would recommend Wicked to the newcomer, as I have done with many of my friends and family, and have converted them into musical fanatics. I would also recommend seeing Les Miserables. Such a fantastic show - I would wonder whether anyone would not cry by the end, or even a quarter of the way through!


Regionally would have to be anything at Leicester's Curve Theatre. That place is amazing, and I have gotten to see such a variety of plays and musicals that I would not have been able to see otherwise. Their production of Gypsy was spectacular, and I look forward to seeing Chicago over Christmas. Another place to watch out for in the summer is the Kilworth House Theatre. They always put on some amazing shows, and the fact it's outside makes it that little more special!

There has been so many theatrical highlights of 2013.  A Chorus Line was a brilliant show to go and see in the west end this year. It closed too early in my opinion. I also loved The Bodyguard and was gutted to see The Rock of Ages close, after I had seen it for the first time a couple of months previously.

What show are you planning to see next?
I'm very excited that I shall be seeing Matilda for the first time in December (2013) and The Bodyguard for a second! It's been a very expensive year for me as a student not living in London!!!
I would like to thank Abbi for taking part.  Please keep tuned for more interviews!
Posted by Dawn Smallwood at 15:49