I'm very excited to interview Lauren Humphreys, a theatre blogger and reviewer.  She is also the Scotland Editor at The Public Reviews and reviews for One Stop Arts and Broadway Baby.

Please tell me how you’ve got into musical theatre and/or theatre general in the first place?

Living in a big city there are theatres of every size and style on my doorstep and theatre is very much part of the culture in Glasgow. The psyche here is that the arts should be accessible to all and theatre owners and the city council strive to ensure that everyone can afford to attend. It's a very discerning and articulate audience where the arts are concerned. I've been going since I was a tiny child to all sorts of theatre so it's in my bones.

What inspired you to get into blogging?

I'd just gone through a period of major upheaval and was looking for a new hobby. I was already an avid blog reader so I thought: "I'll have a go at that". I started with a sort of diary/life-style type site which included some articles about what I'd seen at the theatre, I hesitate to call them reviews as they were more of a record of what I'd seen. A reader, a journalist who worked for Time Out in London then contacted me and suggested I start a theatre specific blog so that's precisely what I did. That then lead to working as a reviewer for The Public Reviews, then to writing a monthly column for One Stop Arts, then freelance theatre articles for various media, reviewing for the largest Fringe media reviewers Broadway Baby in Edinburgh to becoming the Scotland Editor at The Public Reviews in charge of a large team of writers up and down the country.

What have been your favourite posts you’ve blogged/reviewed?

You know, I don't know if I have any favourites but some posts have elicited some unexpected results. I wrote a very short but heartfelt review about the Susan Boyle musical which was quite dark in tone and it was picked up by Susan's fans worldwide. They spread the world to one another and at last look it was running at over 30,000 hits! It was my first experience of 'going viral'. The same happened with Alfie Boe and David Essex, their fans are very passionate. The post I wrote about Matilda and everything I review at the Citizens Theatre also get a lot of traffic.

What have been the highlights of your blogging/reviewing journey?

I love the fact that blogging is a series of continual highlights, there's always something else pops up to surprise and delight you. First it's the fact that there are people out there who actually want to read what you write, and then as your statistics start to rise each thousand new hits become a milestone. Then there are the people you meet and work with, from fellow bloggers to movie and theatre stars, almost everyone I've met has been a treat (though I must say, surprisingly, that I've found the bigger the star the lovelier they've been to work with). I've also met a lot of new performers and playwrights who have asked for feedback about how to improve their work, that's when you realise the responsibility you have to write well and always be able to justify your opinions, people take what you write very seriously.  My latest milestone has been to be ranked the UK's number one theatre blog in the Cision media rankings. They picked up on the blog about six months ago and the opportunities they have given me have been amazing, from access to actors and theatre companies to theatre-related products to review. They are the world's largest media analysts who provide huge global companies with PR, press and marketing advice and analysis. So for them to say that you are number one was pretty mind-blowing!

Are there any shows/performers that you haven’t reviewed/interviewed that you would like to?

Ooooh that's a toughie! Out of everything currently running in the West End there are only a few shows I haven't seen: From Here to Eternity, Stephen Ward, Jeeves and Wooster and The Commitments, so firstly I'd like to see them. As for interviewees, I'd love to interview Idina Menzel and Kristin Chenoweth as they seem to be a lot of fun and such an inspiration to young theatre go-ers. I also love Hadley Fraser but one of my colleagues got to interview him so I'll have to wait for another chance to do that, he is a fine actor and an even better singer and tenors get all the press, but you can't beat a great baritone and he is one of the finest.

What shows do you recommend which are currently playing in the West End or on tour nationally?

If you're new to theatre there are the perennial favourites Les Misérables, Wicked and The Phantom of the Opera or if it's jukebox musicals you're into then something like Jersey Boys. I'd also not hesitate to recommend The Book of Mormon, Once and Matilda. There are also many good shows touring or about to tour: The Lion King, War Horse, Singin' in the Rain and Seven Brides for Seven Brothers, they are all fantastic. One thing I would recommend is to go and see as much and as varied a selection of theatre as you can. Take a chance on something you might never think you'll like - you might just get a pleasant surprise.

What is your piece of advice would you give for anyone who is new to blogging/reviewing?

It depends what you want your blog to become. If it's just a personal record of your theatre highlights then pick your style and theme and stick to it. Get yourself a good blog name and an unique online identity. I've found that by being more specialised (Glasgow and Scottish theatre) has been better than diversifying; it's better to be really well informed in one area than spread yourself thin. If you want your blog to be something more, then a certain amount of discipline is required: always be professional, double and triple check your facts; check your spelling, grammar and syntax; being professional from the start is what has made my own blog grow, big companies want you to maintain a professional and most of all, objective stance; theatre reviews are a very specific type of writing and it pays to stick to what the industry standards are. Find your voice and be prepared to defend what you write; treat everyone with courtesy and respect and always hand in copy within the agreed deadlines and finally, post regularly, the more content you have the more readers you get.

Finally, what have been your 2013 theatre highlights?

By the end of the year I'll have seen over 150 shows so that's a hard question to answer but here goes: 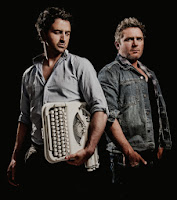 Plays: True West at the Citizens Theatre, Glasgow, the acting was truly sublime and I got to meet the playwright Hollywood legend Sam Shepard. Beyond the Rainbow at The Shed, a tiny, fledgling, lunchtime theatre programme and this is an absolute gem of a musical play about Judy Garland.

Musicals: I surprised myself by loving The Lion King, a musical I had avoided in the West End and I loved the anniversary production of The Rocky Horror Show with the glorious Oliver Thornton - Glasgow audiences are notoriously vocal at the best of times so you can imagine what kind of reception this got. I also loved Seven Brides for Seven Brothers, a chance to see a classic from the Golden Age of the Hollywood musical, an era I love.

West End Musicals: Merrily We Roll Along at the Harold Pinter - a sublime piece of Sondheim also Once at the Phoenix, lovely, touching and unexpected.

West End Plays: The Audience at the Gielgud, Peter and Alice at The Noël Coward - there is nothing like a Dame, in this case Dames Judi Dench and Helen Mirren.

Dance: Matthew Bourne's Sleeping Beauty - hands down the best ballet I've seen in years, just magical, the set was the most beautiful fairy tale come to life and also finally getting to see Carlos Acosta dance in On Before.


Edinburgh Fringe:  Eric and Little Ern an affectionate play about Morecambe and Wise, The Liz and Dick show about Taylor and Burton's tempestuous relationship and Julie Madly Deeply about one woman's obsession with Julie Andrews. I've just realised that these are all biographical shows, there must be something in that!

I would like to say a big thank you to Lauren for taking part in this interview.  She can be followed on Twitter @LaurenHumphreyz and please check out her incredible website Glasgow Theatre Blog