My Theatrical Highlights of 2013

I'll soon see my final show for 2013 but I thought now it would be a good idea to share what my theatrical highlights are this year.

I've enjoyed seeing a diverse range of productions ranging from musicals, operas, dance productions and plays. Especially this year I've got to appreciate the stories told and the creative team behind the productions. I've seen and met some exceptional performers in 2013 but my policy is I always go for the show first!!!

I have to say my theatre journey in 2013 hasn't been the easiest....there has been some not so good times as well as the good ones. However I can reassure that the good times this year outweigh the not so good ones! The experiences I've had this year has made me a better person.

This year I've got into theatre reviewing/blogging and this has been extended to the arts in general.  I strongly feel that the arts play an important part in our lives and appreciate what we have and what is around us. I had the privilege of interviewing fellow theatre going fans and from interviewing I'm now inspired to see productions which I usually wouldn't consider seeing.

My highlights for 2013 were shows I've seen for the first time along with some favourite ones!  Please click onto the links for the blogs I've written about the shows. 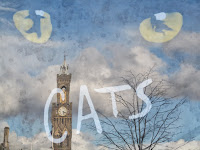 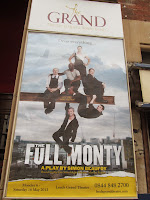 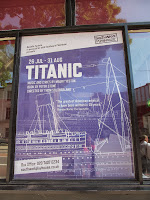 There is a lot of shows I plan to see and some which I've already booked for! I suggest you follow my blog for me to reveal as I go along!  I hope to break into reviewing for a number of theatrical organisations in London and regionally and conduct more interviews with fellow theatre going fans!

Friends I especially want to say a big thank you to are:  Annie Fiddy, Sheena Shahani, Lizzie Saill, Sophia Wadey, James Flockhart, Rob Brown, Kat Caunter, Olivia Edmonds, Kathy Englisch, Emma McKeating, Alison Myers and also others who have supported my theatre journey in 2013.  I love you all and look forward to our continued friendship in 2014!