The Light Princess at the National Theatre

I apologise for the late blog.  It's down to illness combined with a lack of time on my hands.  I've fallen behind with my blogging but now slowly catching up. 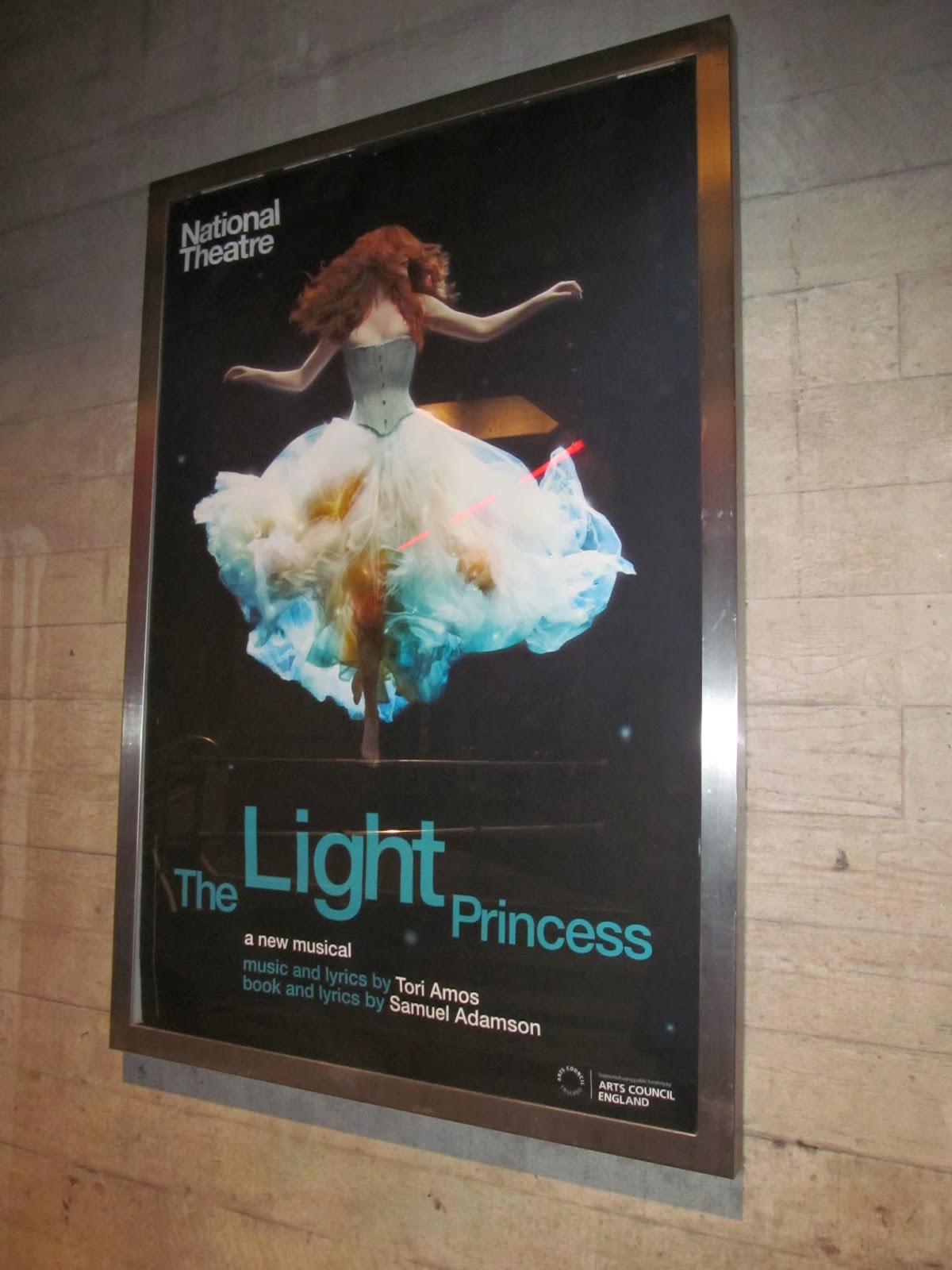 The Light Princess at the National Theatre, January 2014

I made a special trip down to London to see The Light Princess at the National Theatre.  I've heard great reviews about the musical which convinced me to go down and see it!  The Light Princess is based on a Victorian Fairy Tale by George MacDonald (1824-1905) and Tori Amos and Samuel Adamson worked on the musical in collaboration.  Both Amos and Adamson focussed on the crucial messages and issues from the fairy tale concerning society and its attitudes regarding young women in the past and today. 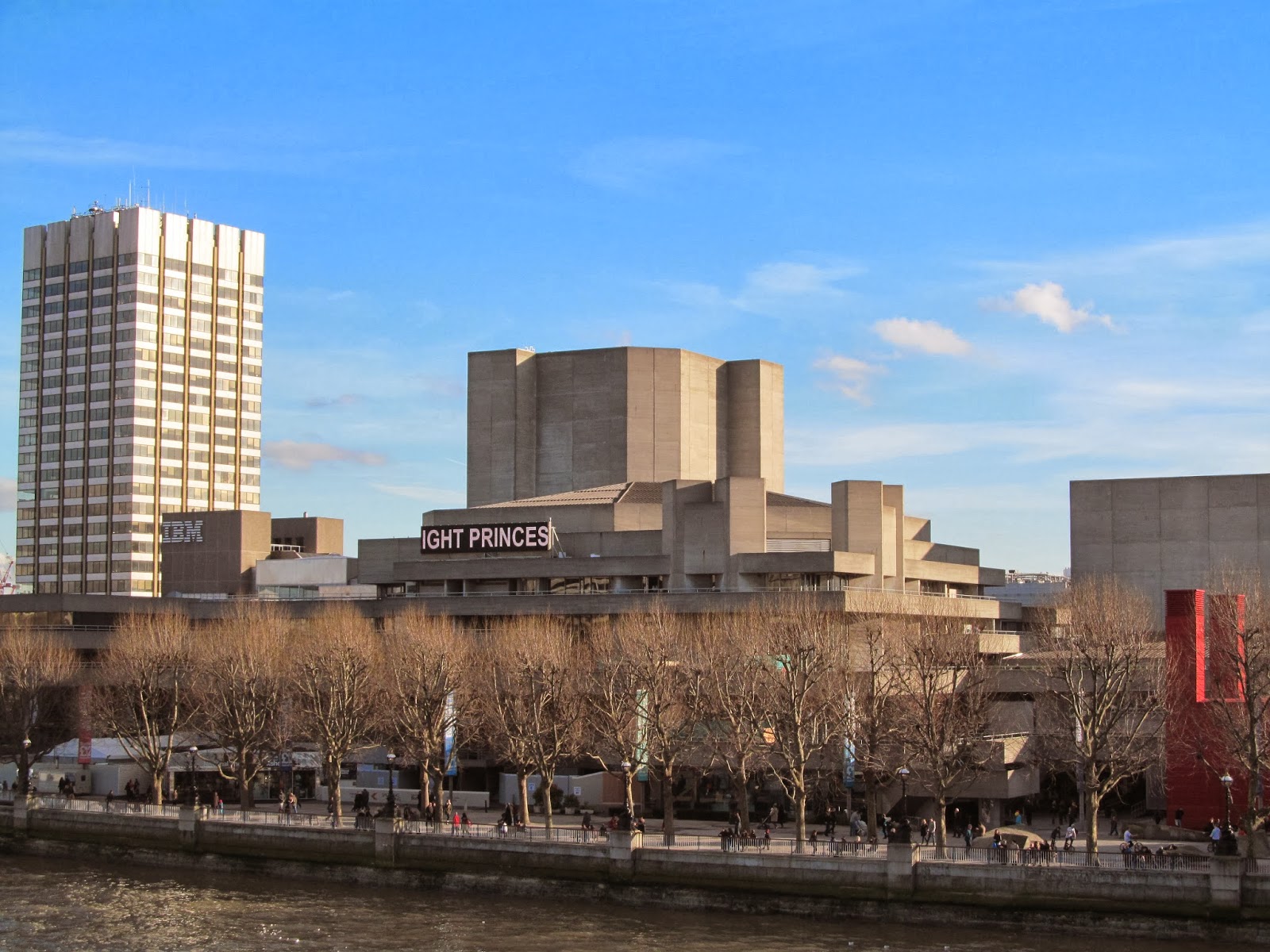 Personally I found it interesting reading from various sources (from the theatre programme) about how fairy tales are told not just for escapism, but to tell figuratively the issues beneath the pretty words and pictures which are usually serious and poignant.

In the case of The Light Princess, MacDonald focussed on touching the deeper emotions through the use of one's imagination, sublimeness and individuality - the hallmarks of Romanticism in the early 19th Century.  W.H. Auden referred to MacDonald belonging to the 'Secondary World' and that 'not only can create in his imagination, but also cannot stop himself creating' (Marina Warner, 2013, in The Light Princess Programme).

The musical is of similar vein today.  Marina Warner discussed The Light Princess 'reconnects our times with that yearning for wonder and sacred meaning found in Romantics like Novalis' (Marina Warner, 2013, in The Light Princess Programme).  As well as describing the story about a princess floating and learning to love there are hidden messages such as political conflicts shown in the rival kingdoms divided by The Wilderness.  This is parallel today with political fights for world resources, claiming land and territory and so forth by many countries.

Another message from the musical was how young people especially women were perceived.  It isn't any different today as we hear many testimonies around the world.  The musical explores how Althea fares from growing up and growing up amongst the stereotyped preconceptions by those around her.  Althea fought to do what she felt and believed was right.

The Light Princess is blessed with a very talented cast and exceptional creative team whom delivered a great performance.  I was impressed with Rosalie Craig as Althea.  I was in awe how she co-ordinated the role seeing her act, sing and do acrobats whilst up in the air.  How she kept going was beyond me but was in all impressive with an incredible stamina.

I loved Rae Smith's set designs on stage where were complimented by Paule Constable's lighting.  The props and Toby Olie's puppetry enhanced the musical as well as Paul Robin's aerial effects.  Perfect direction by Marianne Elliott and unity of the performers acting and singing under the choreography of Steve Hoggett. 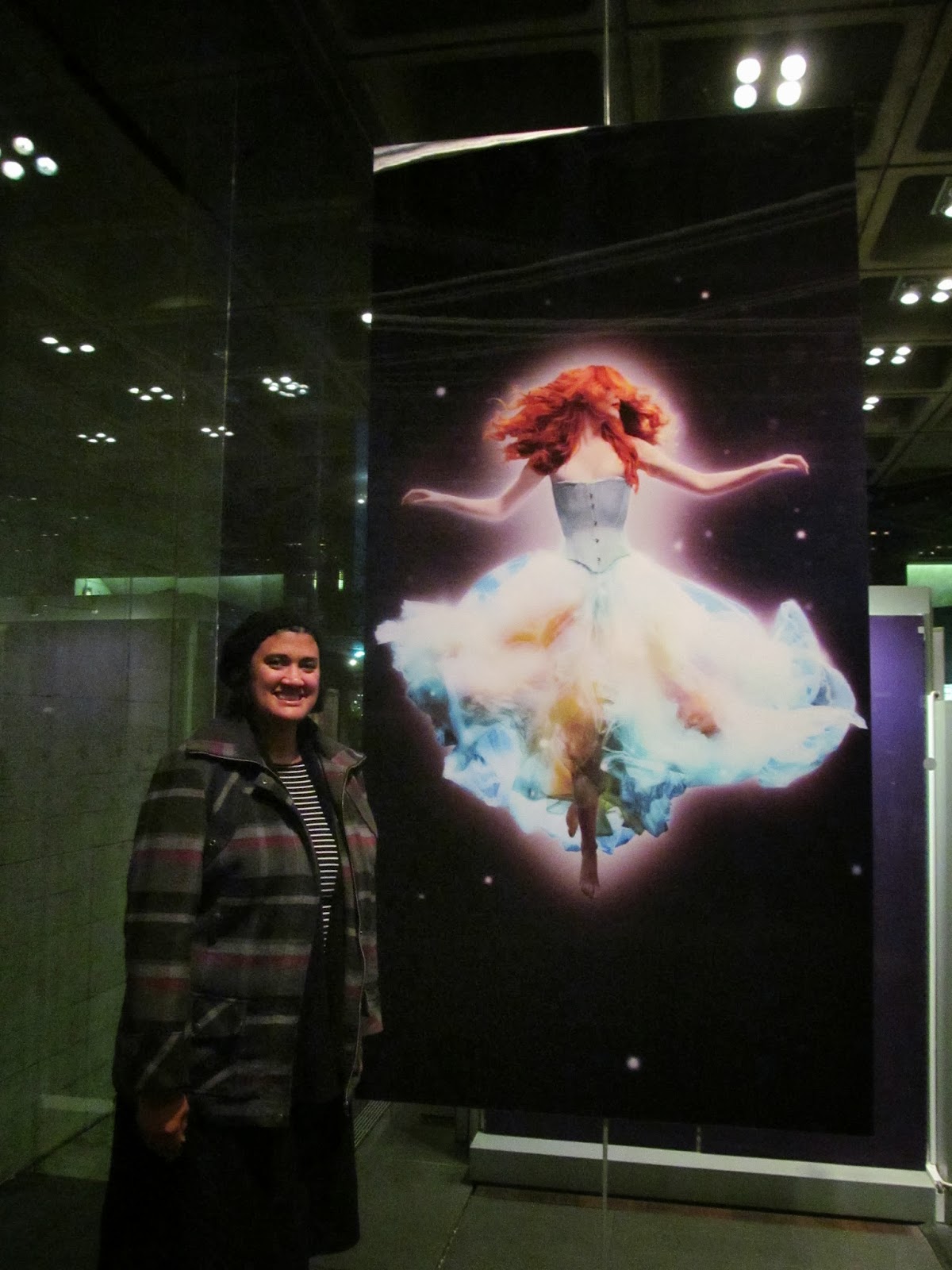