I booked Donmar's The Weir  at the Wyndham's Theatre not knowing what it's about.  However I had a feeling it would be a very good production because it received critical acclaim when it was on at the Donmar Warehouse in London's Seven Dials, Covent Gardens, and hence the transfer to the Wyndham's Theatre.  It also premiered in London in 1997.  Conor McPherson, an Irish Playwright, wrote The Weir and also has written a wide range of award winning plays on stage and screen. 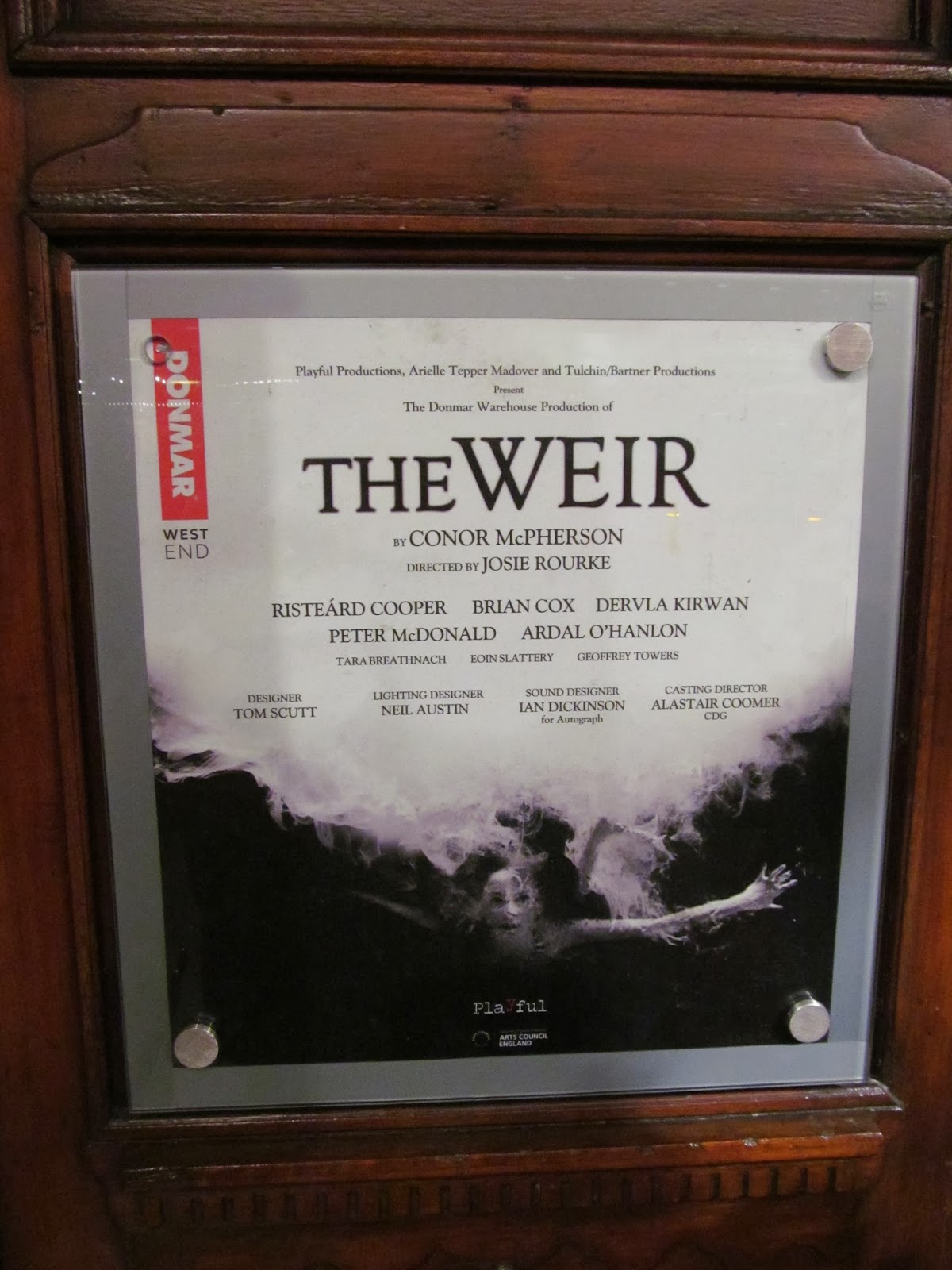 The Weir is about pub regulars telling ghost stories to each other.  Much as the ghost stories are traditional and legendary locally, I was reading my programme that Billy Roche emphasised why story telling in The Weir can mean a lot more than just entertaining each other with shows.  Storytelling can be shared by those whose lives have been physically, emotionally and spiritually affected.  These stories, especially the one told by Valerie (Dervla Kirwan), moved each and all in the bar. 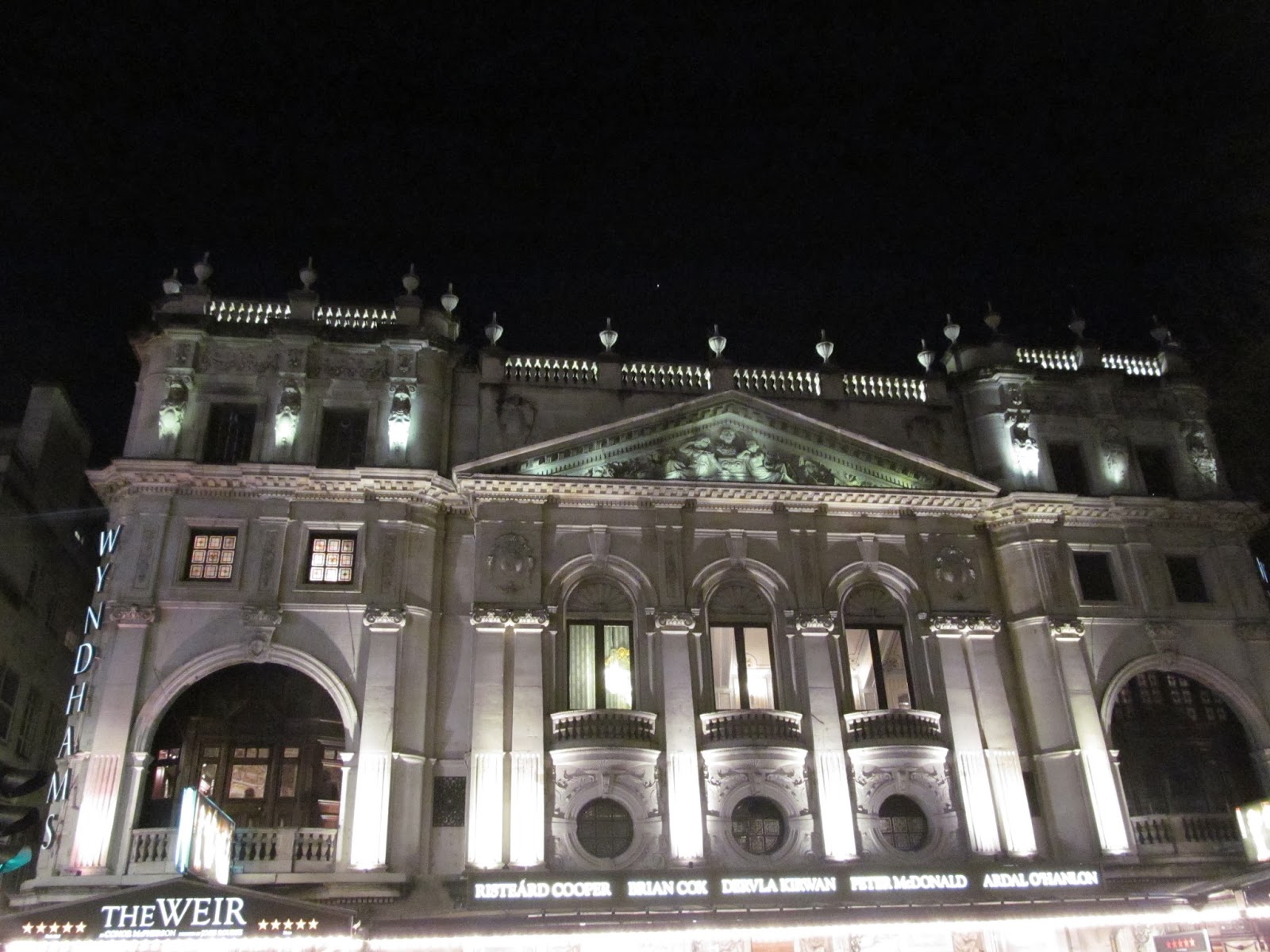 The Weir at Wyndham's Theatre

The play comprises of one scene where five actors tell their stories.  It's a good opportunity to see first class acting by Riesteard Cooper (Finbar), Brian Cox (Jack), Dervla Kirwan (Valerie), Peter McDonald (Brendan) and Ardal O'Hanlan (Jim).  The calibre of acting with the wide range of emotions demonstrated was worth my full attention for the 90 minutes.

Full Credit is given to the amazing actors, mentioned above, as well as the superb talented creative team at the Donmar including the director, Josie Rourke.  I loved The Weir and highly recommend it for anyone who wants to see a simply story performed by top class actors.  The Weir is on a strictly limited run till April and here's a link for more information including booking tickets.

I learnt from that point forward that there is a lot more to storytelling other than entertaining.  The play definitely has a nature of how story telling can have an impact one lives.  I'll definitely will now see storytelling in a different light!