One of the best operas I've ever seen! 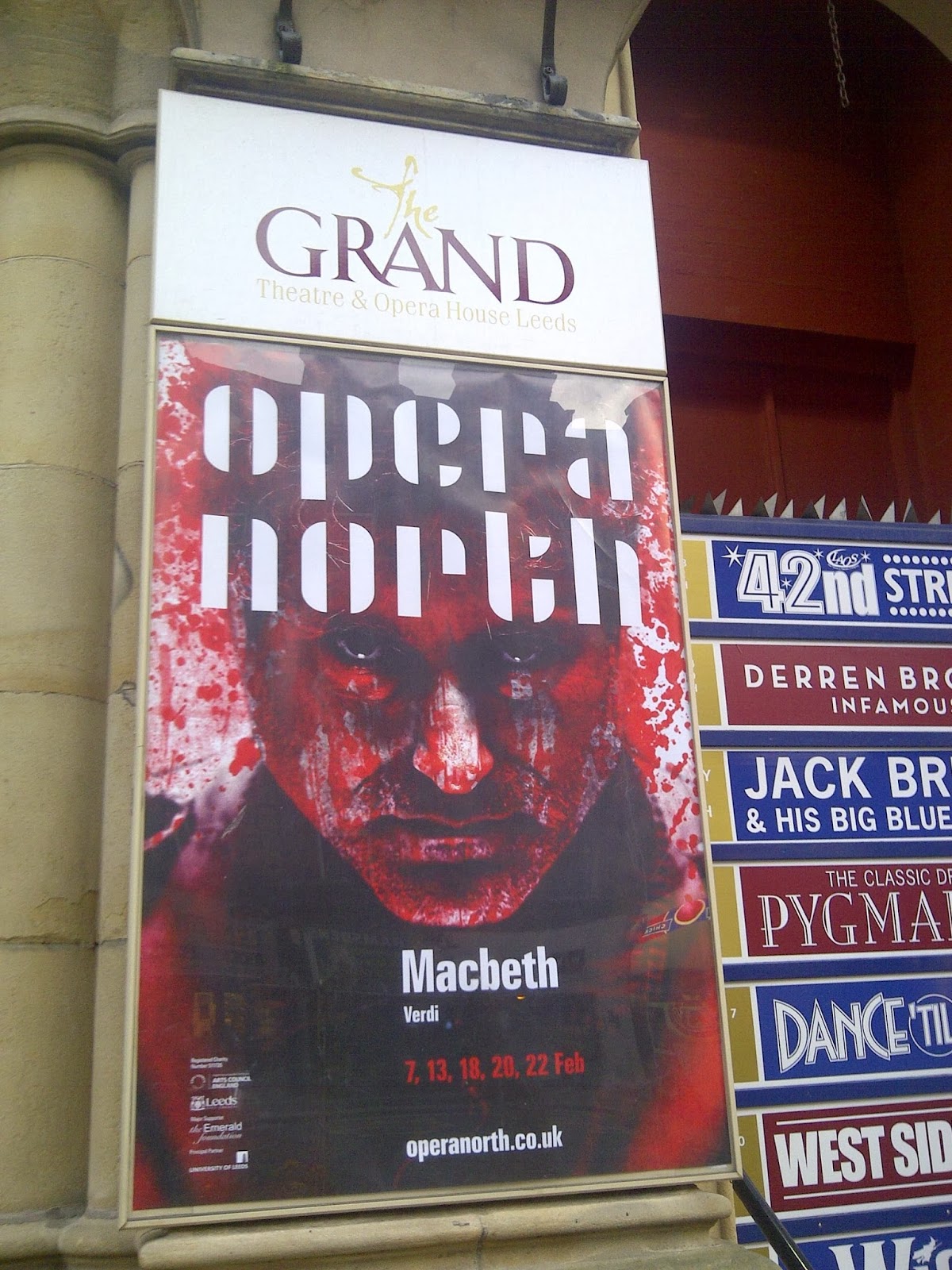 My thoughts are in the title above about an opera about a story which leads to a 'chain of bloody, unstoppable events' (Opera North Website, 2013 (accessed 23/02/2014).  I recently saw Tim Albery's 2008 opera production of Verdi's Macbeth which is a revival for the current Opera North's season.

I was transfixed to the performance from beginning to end.  It immensely helps that I'm fond of Macbeth and have a great understanding of the story and its contextual themes.  It was nice for the opera to demonstrate some of the story's dramatic elements through the exceptional musical direction of Tobias Ringborg and the powerful portrayal of Macbeth and Lady Macbeth by Bela Perencz and Kelly Cae Hogan respectively.  They have successfully put themselves through a rollercoaster of emotions from their powerful ambitions (Vieni! t'affretta! and Mi si affaccia un pugnal?) to their consequential downfalls throughout the performance (Una macchia è qui tuttora! and La patria tradita (sung by the chorus). I adored the Witches (performed by the Opera North's chorus) prophesied with their apparitions what is to come at the beginning of the Acts which Macbeth would not have imagined even if he had intuited successfully.

Giuseppe Verdi (1813-1901) it seems was an admirer of Shakespeare's plays although the opera was composed on Carlo Rusconi's translation.  However Verdi did refer to Shakespeare works which subsequently led him to compose Othello in 1887.  He composed Macbeth in 1847 with Francesco Maria Piave writing the lyrics (with additions by Andrea Maffei).  The opera was revised in 1865 through a French translation - At the it wasn't as successful as the original but today it's the preferred version and performed in Italian.  The notable differences is combining Macbeth's death (Cielo!) with the triumphant ending when Malcolm (Robyn Lee Evans) is the new king (Salve, o re! sung by the chorus).

I love the simple but effective staging by Johan Engels (Set) and Bruno Poet (Lighting).   I feel with the simple modern sets is that the opera can transit between the acts and focus on the drama with a wide range of emotions from the the artists and the music - all choreographed in unison by Maxine Braham.

Seeing Verdi's Macbeth was a mind blowing experience with a lot of drama and emotions packed...not to mention the blood! I left the theatre knowing I had a very good night at the opera. I gained a deeper understanding about Verdi and Shakespeare and trying to imagine how they would like the story of Macbeth told through text and voices.  There is more information about Opera North's Verdi Macbeth via this link and a description of the actual opera via Wikipedia.