Being inspired by Dicorcia and Vogt at The Hepworth! 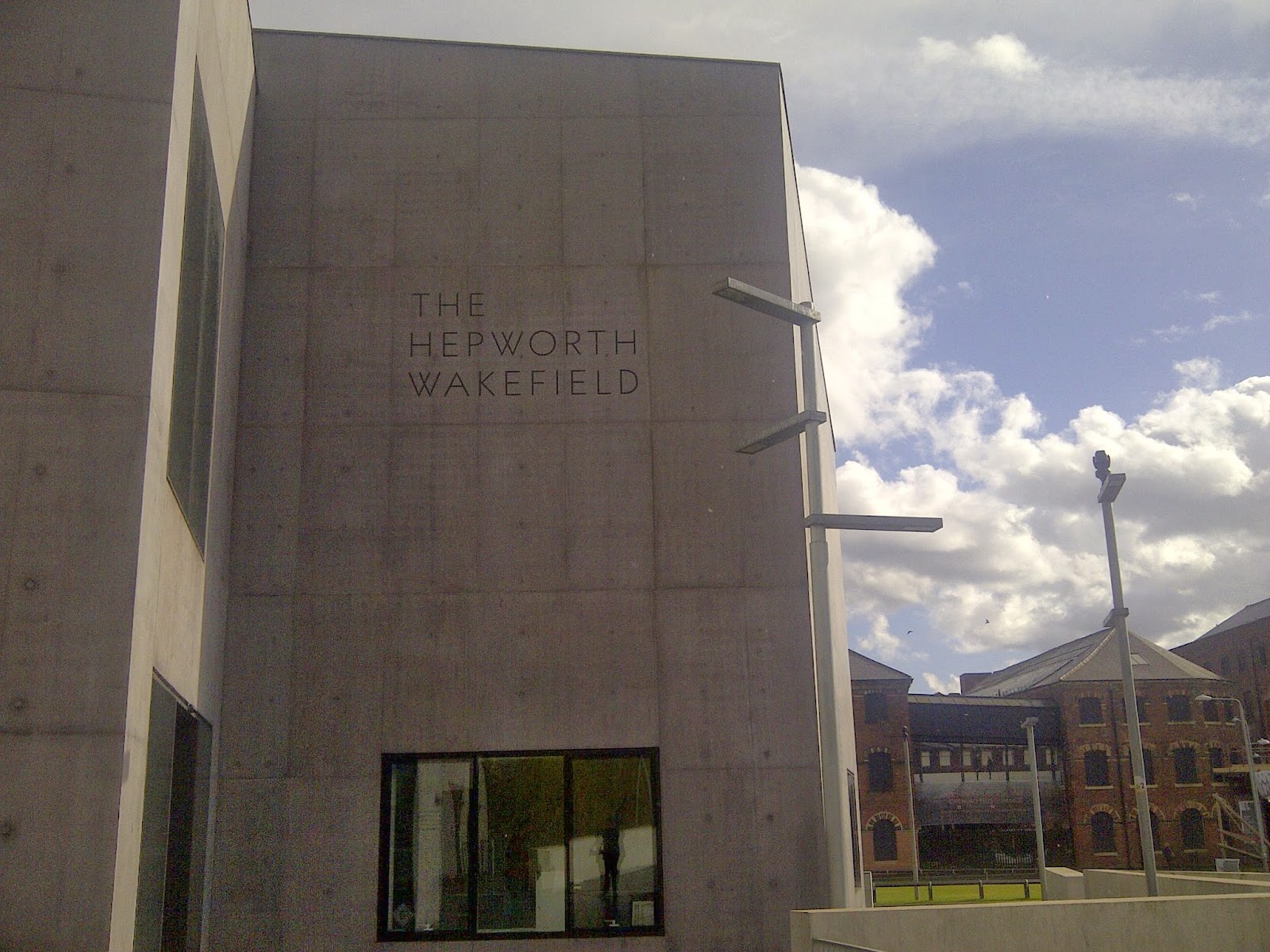 Another inspiring visit to The Hepworth!

A well deserved visit to Philip-Lorca Dicoria: Photographs exhibition at The Hepworth in Wakefield.  Dicoria is premiering his photographs spanning from the 1970s to the present day.  He focuses on contemporary and modern stories that are of relevance to society today.

The exhibition is divided into six sections: East of Eden (2008-ongoing); Lucky 13 (2004), Streetwork (1993-99); Heads (2000-1); Hustlers (1990-92) and A Story Book Life (1975-79).  The photographs tell stories from just viewing them.  It's admired how Dicorcia focus on the subject, usually people, and how the use of the camera focuses primarily on them with their body language, facial expressions and general demeanour.  The attributes shared are the stories told.  The viewer is encouraged to focus on the photographs backgrounds giving a contextual flavour to the stories told.

What stood out the most were two photographs in the Hustlers (1990-92) section.  These are of male prostitutes telling their stories of how one lives realistically.  One photograph tells of a guy, posing for Dicorcia, and in the background there is a barrier along with the city's lights and glamour.  Metaphorically, his dreams are either out of bounds or still out of reach.  Another photo illustrates a worker sleeping roughly on the Hollywood's Walk of Fame.  He may have reached his dream of being in 'Tinsel Town' but the photos tell a different story - it isn't all well and his demeanour demonstrates this.  Like those two photographs, the rest of the photograph gives messages of disillusionment, feelings of despair, experiencing broken dreams and aspirations and uncertainty of the future.

The exhibition overall interconnected the stories of people's lives from all backgrounds.  Most importantly, these lives 'connect to the larger universal truths' (Source: Dicorcia/The Hepworth).   There are fundamental and emotive feelings to Dicorcia's works which one can relate to in society today. 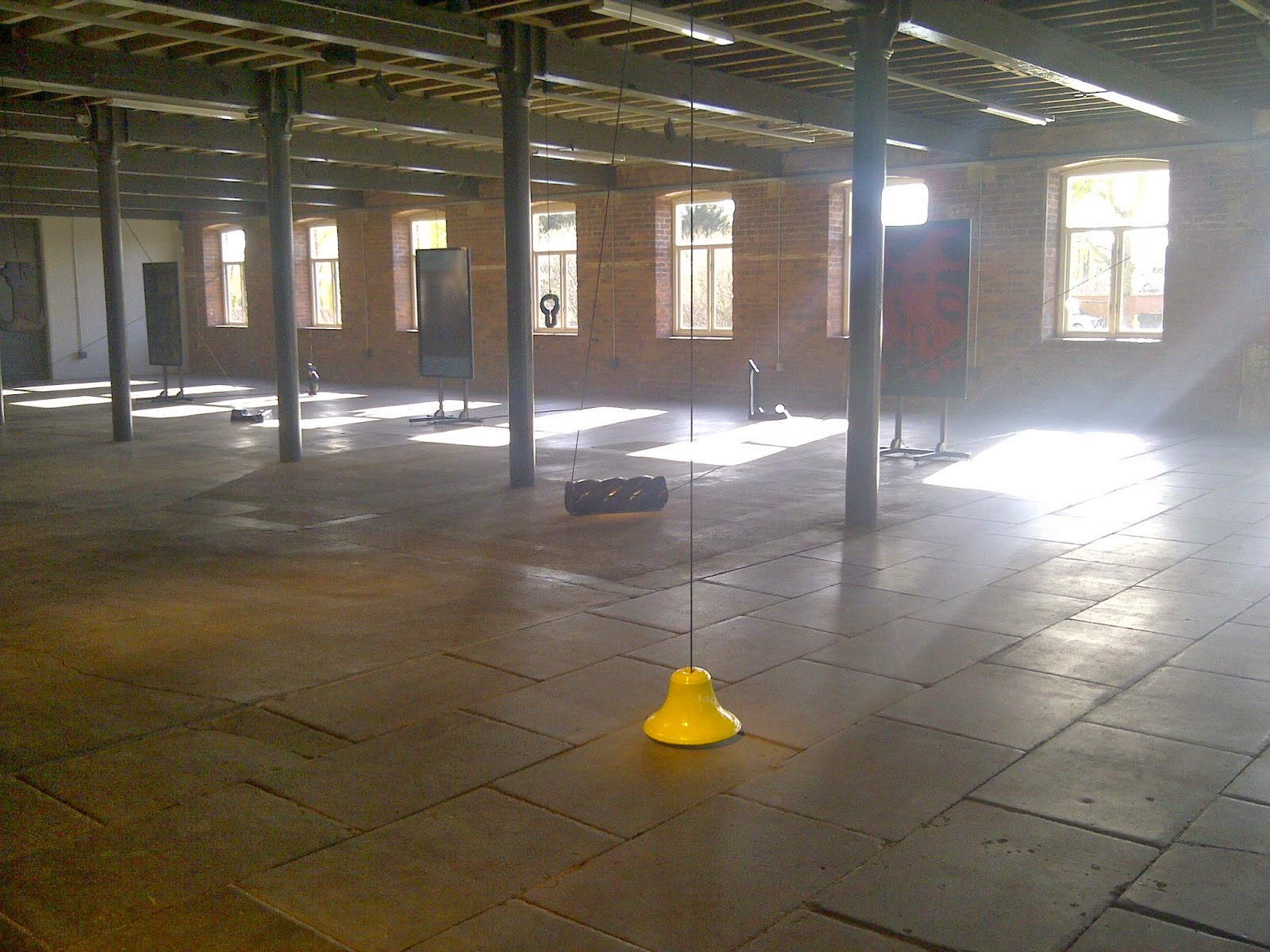 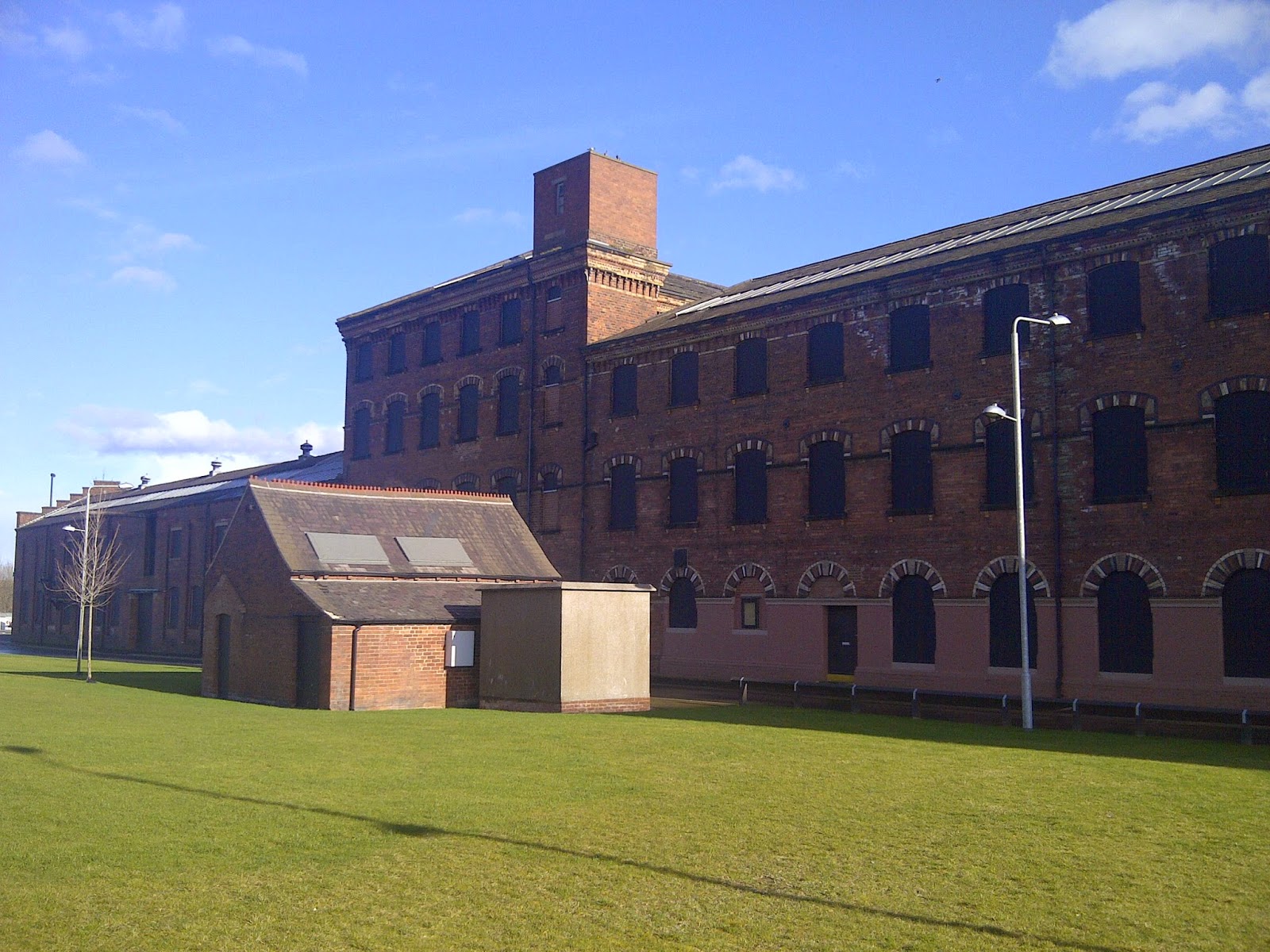 Celebrating the Industrial Heritage at The Calder

This fascinating exhibition by the American Filmmaker, Erika Vogt, is currently housed at The Calder.  Vogt exploits audio and visual technologies which bring meaning to the still sculptured objects.  Emphasis is on the sculptured objects to represent daily functions and explore past functions in 'economic of labour and exchange' (Vogt/The Hepworth).  The objects relationships between people are emphasised.

The Industrial Revolution is thought of which can link the aesthetic aims of the objects such as the 'cast' bell, casting industry; the 'clay' jug (the potteries and Josiah Wedgewood) and the sculpted anchor, the exportation and importation of goods by boat via the rivers/canals.  The repetitive audios and visuals (no words!) give the objects an exploratory and aesthetic meaning of its relationships with people.  Figuratively also links with the mill and factory workers putting repetitive emphasis on inputting and outputting production.  The sounds, particularly the dong bell, are significant marking the revolution of the industries in the late 18th Century.  How the English cities became world centres especially Manchester (for its textile trade/industry) and Bradford (for its wool exchange/industry).

The maximum usage of space at The Calder could represent the expansion of the industries and its centres during the Industrial Revolution.  The order of objects remind how the workers were disciplined in producing.  Also the order and presentation of objects remind viewers today of this legacy.  The layout and debris of objects could signify the political fragmentation and the disbandment and decline of the industries in the late 20th Century.  The objects do link with the future such as the advancing services and commissioning industries where, in the exhibition, they intertwine and layer with the audio and visual aids.

Vogt's exhibitions and installations are known to have 'an intrinsic feeling of instability' (Vogt/The Hepworth). This is parallel the Industrial Revolution - initially began with the industrial expansion but the never end changes in society whether politically, social and economic which brought uncertainty along with instability.  This is still the case even today. One thinks of The Calder being unique for this exhibition. It is formerly known as the Caddies Wainwright Mill and the building is perfectly located by the River Calder for which the water was used as a source of power for production.

It is discussed about Vogt resisting 'the possibility of any singular reading being fixed upon them' (Vogt/The Hepworth).  This is so important as the nature of Vogt's exhibition is not to be looked in a descriptive ways.  The viewers are left to their own devices to interpret the exhibition with experiences which are familiar with.

A visit to The Hepworth is highly recommended for its unique and contemporary exhibitions and further information about this amazing cultural centre can be found via the website.