My theatre debut for 2014 was to see Tim Rice's From Here To Eternity at the Shaftesbury Theatre in London.  I was curious about this musical based on James Jones novel of the same title and part of a trilogy (the other books are The Thin Red Line and Whistle).  It's a story about two soldiers falling in love and set in 1941 at Pearl Harbor, Hawaii.  The musical tells their illicit love stories before and after the attack of Pearl Harbor and the war that followed it.  Jones's novel became an award winning movie in the 1950s and received great literary acclaim. 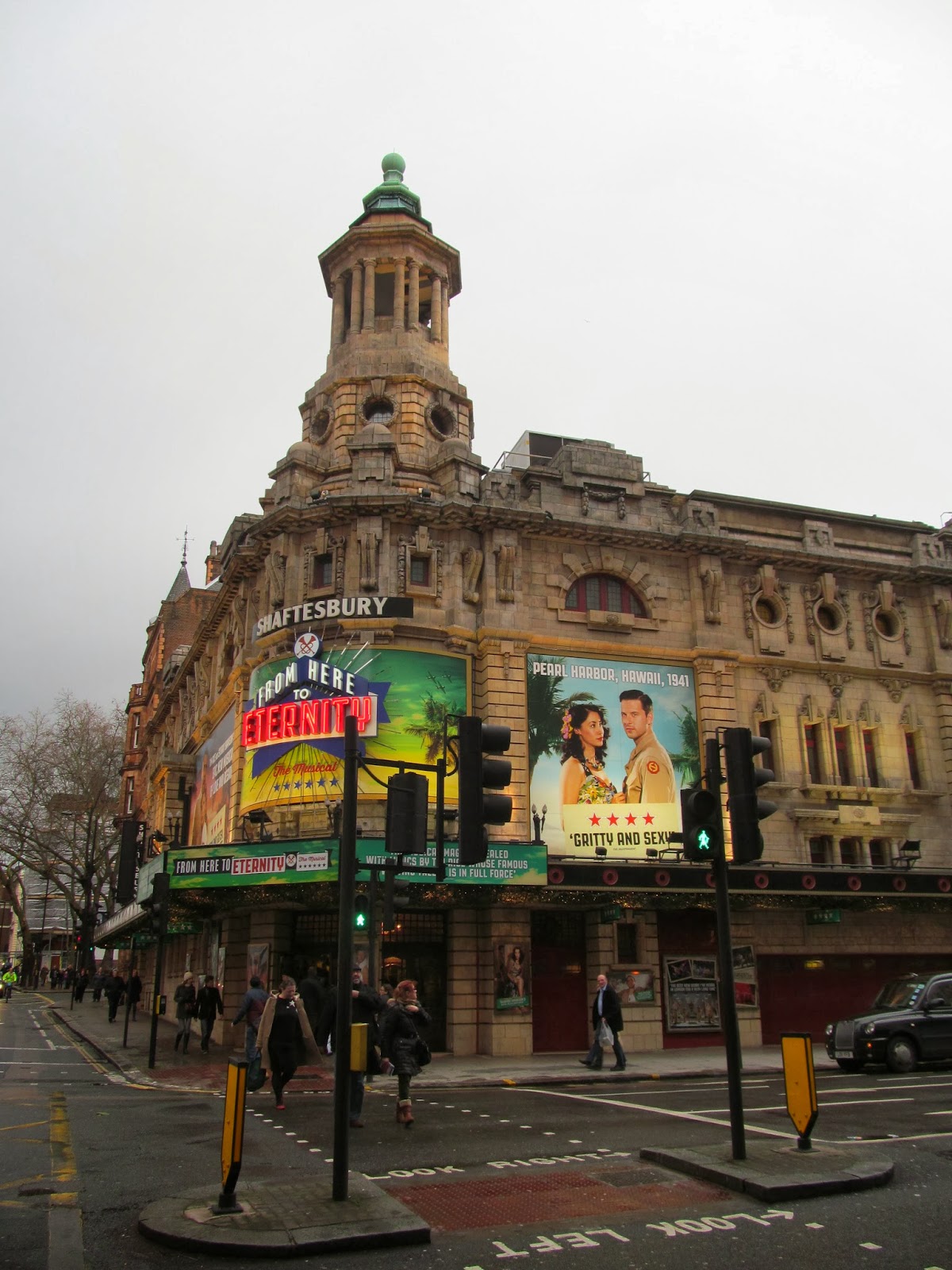 It was refreshing to see such a strong storyline being put to incredible songs including Fight the Fight which were written by Tim Rice to the catchy but beautiful Stuart Brayson's music.  Credit to Soutra Gilmore for the colourful sets and costumes which co-ordinated the soft but effective Bruno Poet's lighting.  I loved the Jon Driscoll's projection showing the attack on Pearl Harbor during the 2nd Act and this married nicely with Mick Potter's sound projection.  Finally, I applaud rest of the creative team for their contribution in the musical! 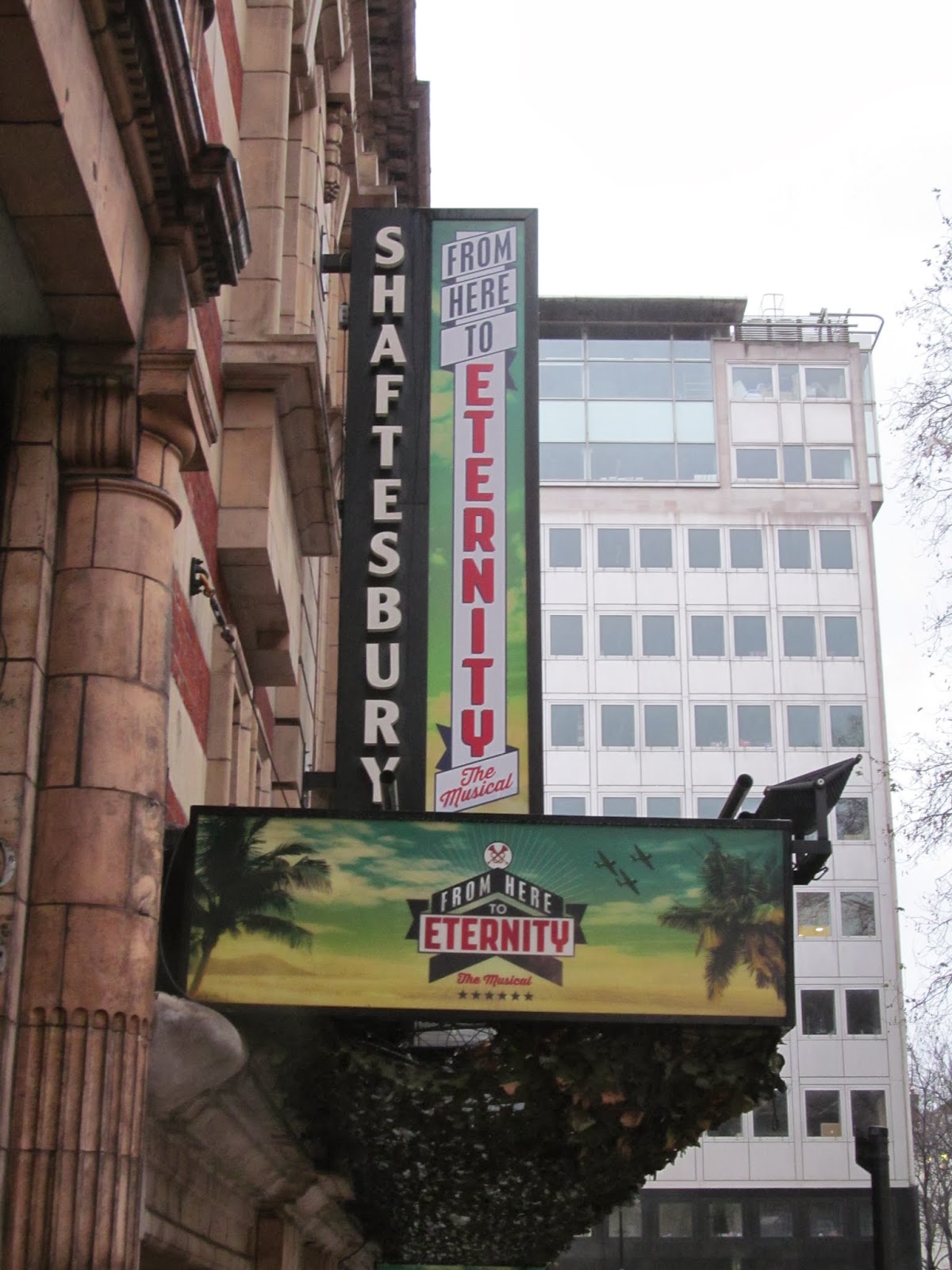 From Here to Eternity received mixed reviews.  Sadly it's scheduled to close in spring but I do highly recommend seeing this incredible musical.  I hope I can see it at least once more time in the next couple of months.  Day seats are available for £25.00 for front row stalls.  Please check out the website for further information.

My personal thoughts of From Here to Eternity are in line with the ones of Theatreguide London:

"The West End has been waiting for a strong dramatic musical with the power and stature of Phantom or Les Miserables, and here at last it is" 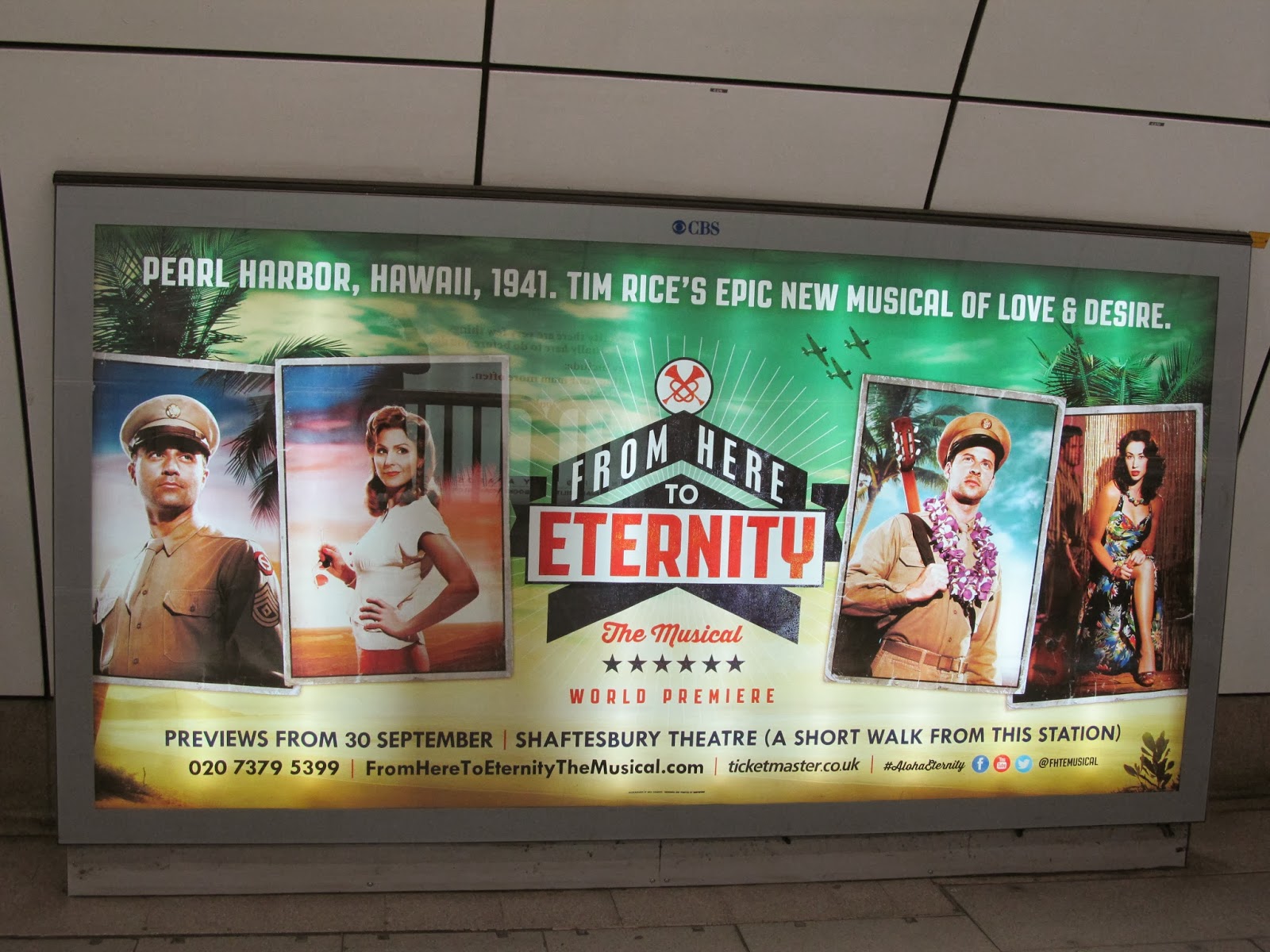