Heritage Open Days have come round again where buildings with a historic and heritage interest annually open to the public who can explore areas and spaces which are usually closed to them or incur a charge.  I decided to return to the Leeds Grand Theatre and this year The City Varieties - I'm always guaranteed a great time at both venues and also appreciate the historical and heritage context.  Both venues ensure they vary their programmes' content from year to year in order to keep the Heritage Open Day Experience fresh and interesting. 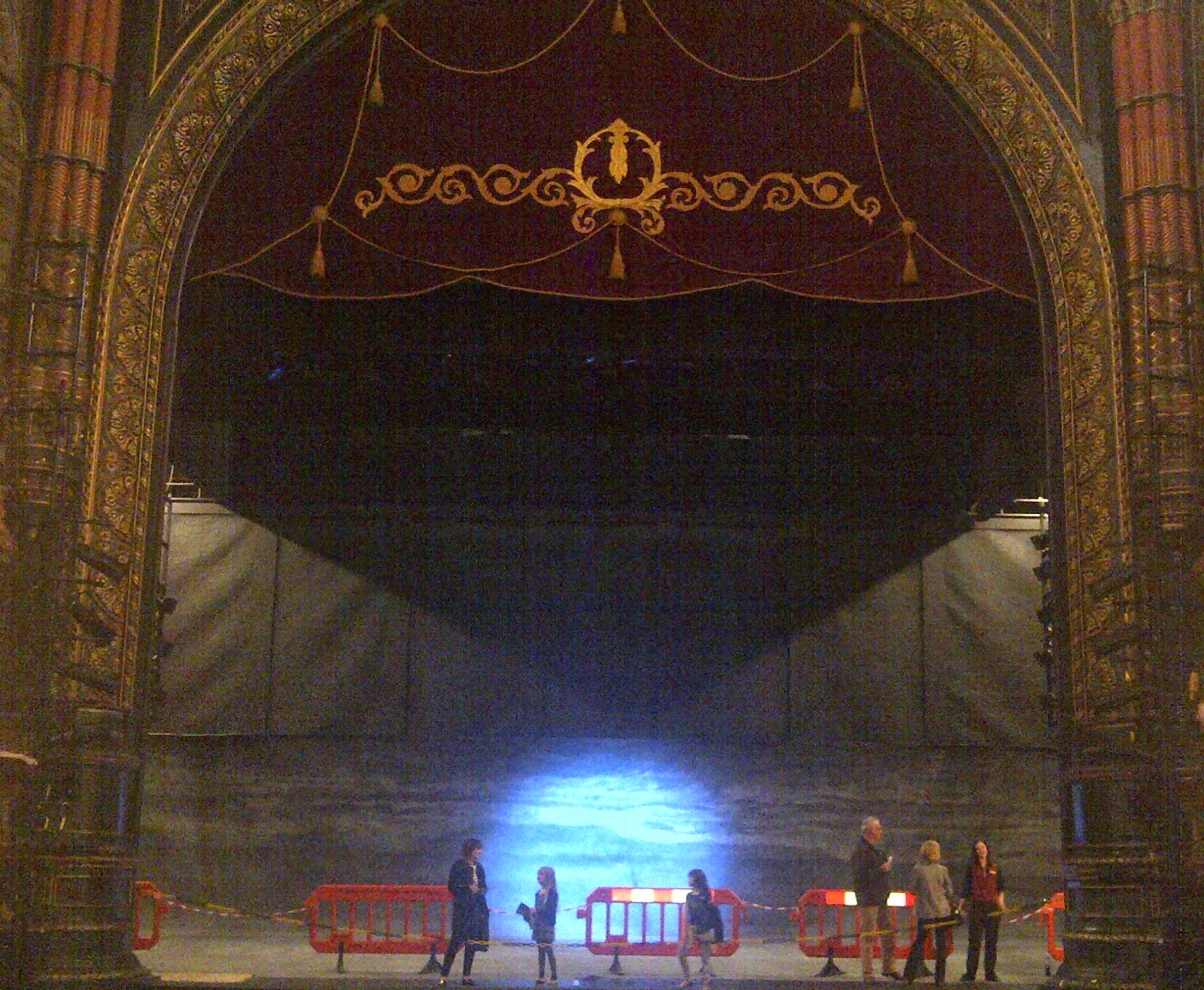 The Grand Fete is a favourite of mine where I can play games and enter their competitions.  I always enjoy taking to the Grand Theatre, Northern Ballet and Opera North representatives and discuss past and upcoming productions.

I especially enjoyed talking to Eloise of Northern Ballet about the upcoming and exciting production and also hear about the exciting new production of Jean-Christophe Maillot's Les Ballets de Montecarlo's Romeo & Juliet the company is bringing on stage.  Northern ballet is an organisation I'm proud to support and will continue doing so by promoting, seeing and reviewing their productions now and in the future.  One of my wishes is for Northern Ballet to bring back their new amazing production of Dracula in the not too distant future.

I shared my story and memories of Leeds Grand Theatre in the Pettman Music Room which goes back to my childhood when my family and family friends used to organise for us to see the theatre's annual pantomimes.  The pantomimes created my love for theatre and since then have seen over 125 productions at the Leeds Grand Theatre.

The highlight must have been was to listen to Northern Ballet's Talk 'Behind the Scenes of Peter Pan'.  Established in 1969 the dance company since then have gone from strength to strength under David Nixon, the Artistic Director, since 2001 and is celebrating 45 years of its existence.  We were given an insight and information about their past and upcoming productions of Peter Pan which was premiered in 2004.  We also learnt about their Short Ballets for Children and these have been running for three years including Elves and the Shoemaker, Three Little Pigs and The Ugly Duckling.  The short ballets have been commissioned for CBBC (Children's BBC) Easter Special which has successfully widened the audience.

Finally I visited the Theatres At War Exhibition which commemorated and explored the lives of those who worked and performed at the Leeds Grand Theatre during the First World War. I enjoyed looking at the related exhibitions items displayed which their productions promoted patriotism towards the war effort. 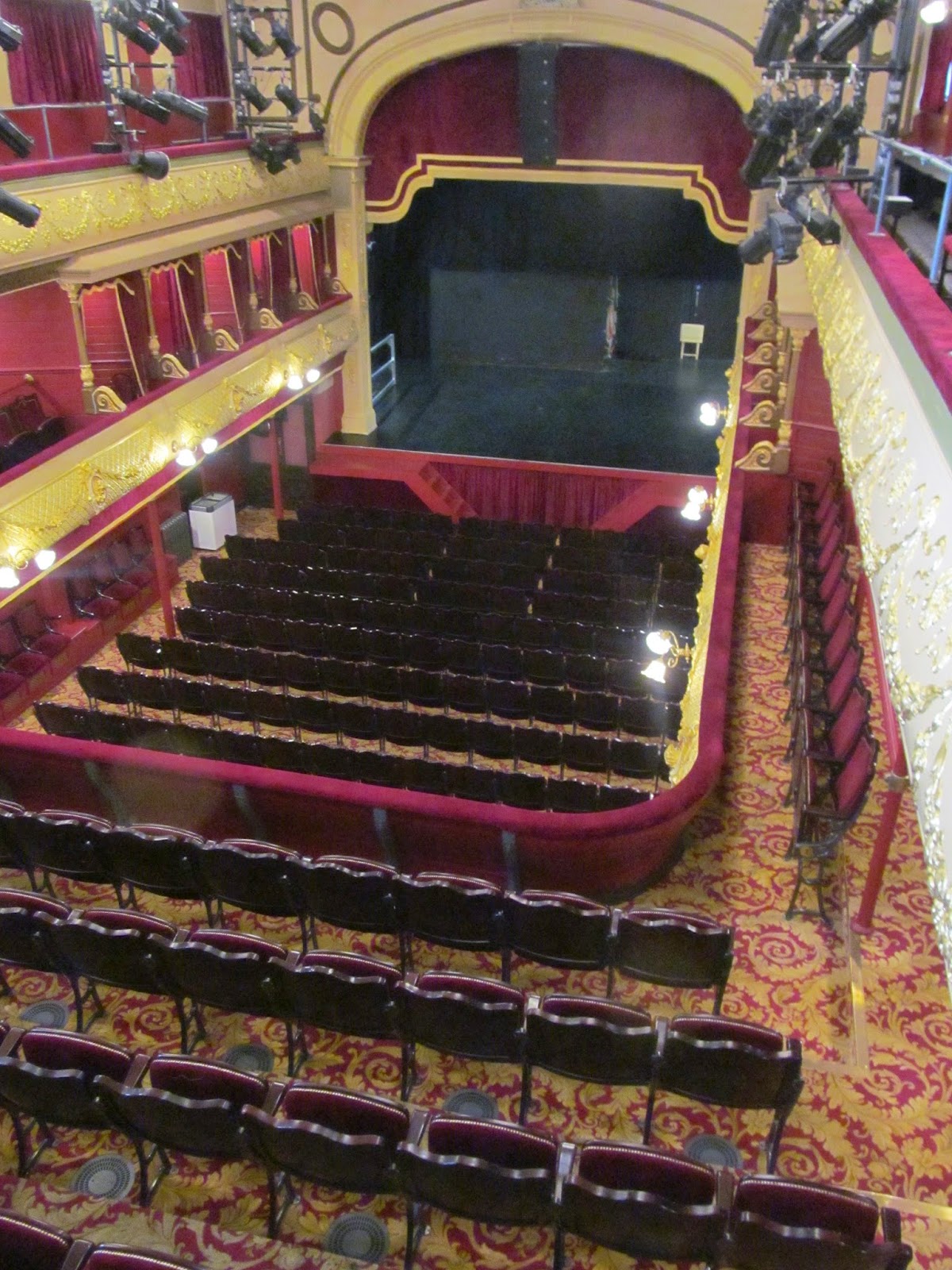 
I especially visited the Leeds City Varieties for Red Ladder Theatre's We're Not Going Back where the cast sang some selected songs from the hard-hitting musical comedy which is focussing on three sisters during the 1984 Miners Strike.  I thoroughly enjoyed the performance and looking forward to seeing the production in Doncaster and Leeds.  Further information can be found here.

Again I thoroughly enjoyed this year's Heritage Open Days at both iconic Leeds venues.  To find out what's on in future please check out the website.