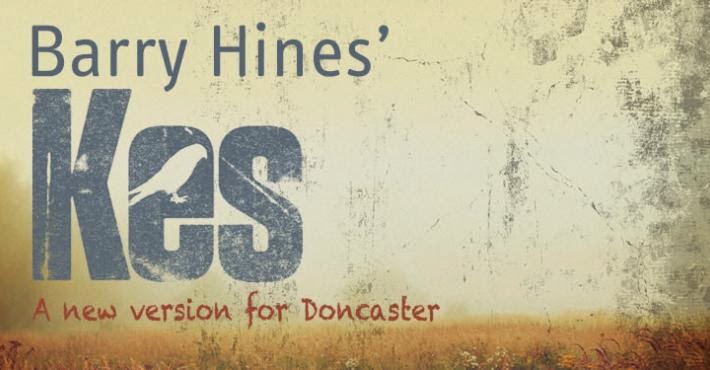 Kes is based on Barry Hines' A Kestrel For A Knave, which is adapted and directed by Philip Osment and Kully Thiarai.  This eagerly awaited production, already a successful film, is presented by CAST and Right Up Our Street marks the beginning of CAST's first Birthday season.

One of the CAST's pledges, Cast of Thousands, have been successfully met with over 70,000 people visiting Doncaster's theatrical gem in the town's Waterside quarter in the first year of its existence.  The pledge is strengthened when the audience members are invited outside to Sir Nigel Gresley square for the play's prologue.  One wonders if time stood still as one could not tell who was who until some of scenes' actions unfold in front of everyone and the cast mingles with fellow audience members and passers by.  Simply a typical weekend day in a South Yorkshire town centre! It is unknown where exactly Hinds' local story took place but it is suggested that it was either in Barnsley or Doncaster because of the filming locations for the filming and where the film is premiered. Mr Gryce (played by Jim Pope) eventually rings the school bell indicating it is time for audience members to leave the square and take their seats.  Humbly following the headmaster and Billy classmates members make their way and wait in anticipation for the play that is adapted for Doncaster. 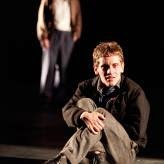 The Older Billy and the show's narrator, played by Ray Castleton, introduces himself and shares his experiences of his younger life to a teenager who is sat in the audience watching the show.  The audience is then transported back to 1968 where the younger Billy, played by Jacob James Beswick, is introduced.  Billy is 15 years old and the world is against him including his school, the Police and his family.  He is also pessimistic about the future which the reasons suggest the failure of society, especially the school system, to nurture and give young people choices and chances in order to fulfill their potential especially careers.  His interview with the Youth Employment Officer, played by Jow Rose, later on in the show, confirms the limited options available to Billy.  One can see a similar trend today for younger people as it was in 1968.  The 1960s brought liberty to one's thinking and beliefs which had begun challenging the then prescribed social ideology and traditions.  Authorities struggled with the social upheaval and shift in one's thinking and attitudes.  Just like Billy's headmaster who acknowledges that he finds the generation of young people including Billy the most difficult one to deal with. 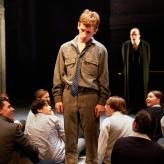 
The home life Billy had is something the Older Billy would rather forget.  He refers to his brother Jud, played by Ben Burman, as the 'Nemesis'.  Like Billy, Jud is frustrated and bitter from the lack of opportunities he had received in life.  Only when Billy began caring for a kestrel, one is warmed to the possibility of hope, love and care for the troubled boy.  The bond between Billy and Kes grows stronger despite the growing instability at home which Billy experience first hand from Jud's anger and the lack of love shown from his indifferent mother, played by Sally Carman. 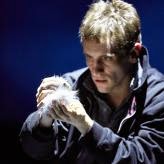 
A strong cast consisting of professional actors and community performers make up the ensemble are exceptional.  It is heartening to see the local talent used in this production and no doubt the performers involved will find the experience nurturing and invaluable for future opportunities.  The music, composed by Dom Coyote, beautifully portrays the era, realities and moods of Kes's setting with some popular music of the 1960s thrown in for good measure.

Emma Donavan's and Aideen Malone's innovative staging works well with the simplistic puppetry for the kestrels.  Meeting the real kestrels during the interval enhances the theatre experience and the falconers give an insight of these beautiful birds.  Feelings of a similar vein Billy has for Kes.  It is lovely to see references to Doncaster from Will Simpson's projection showing Doncaster library which fits nicely in the prologue as it is across the square from CAST and where Billy tries and register as a member.  The Older Billy relates to the former town centre's cinema where his father took him and links to the former ABC cinema, home of the world premiere in 1968.

A very moving production which is a must see during CAST's first Birthday Season.  Like The Glee Club it is refreshing to see the production with residents and non-residents participation and all can relate locally and universally with the messages raised from Kes.  It is running until Saturday 13th September 2014 and further information can be found here.
Posted by Dawn Smallwood at 02:07