A Soulful Evening at the Palace Theatre 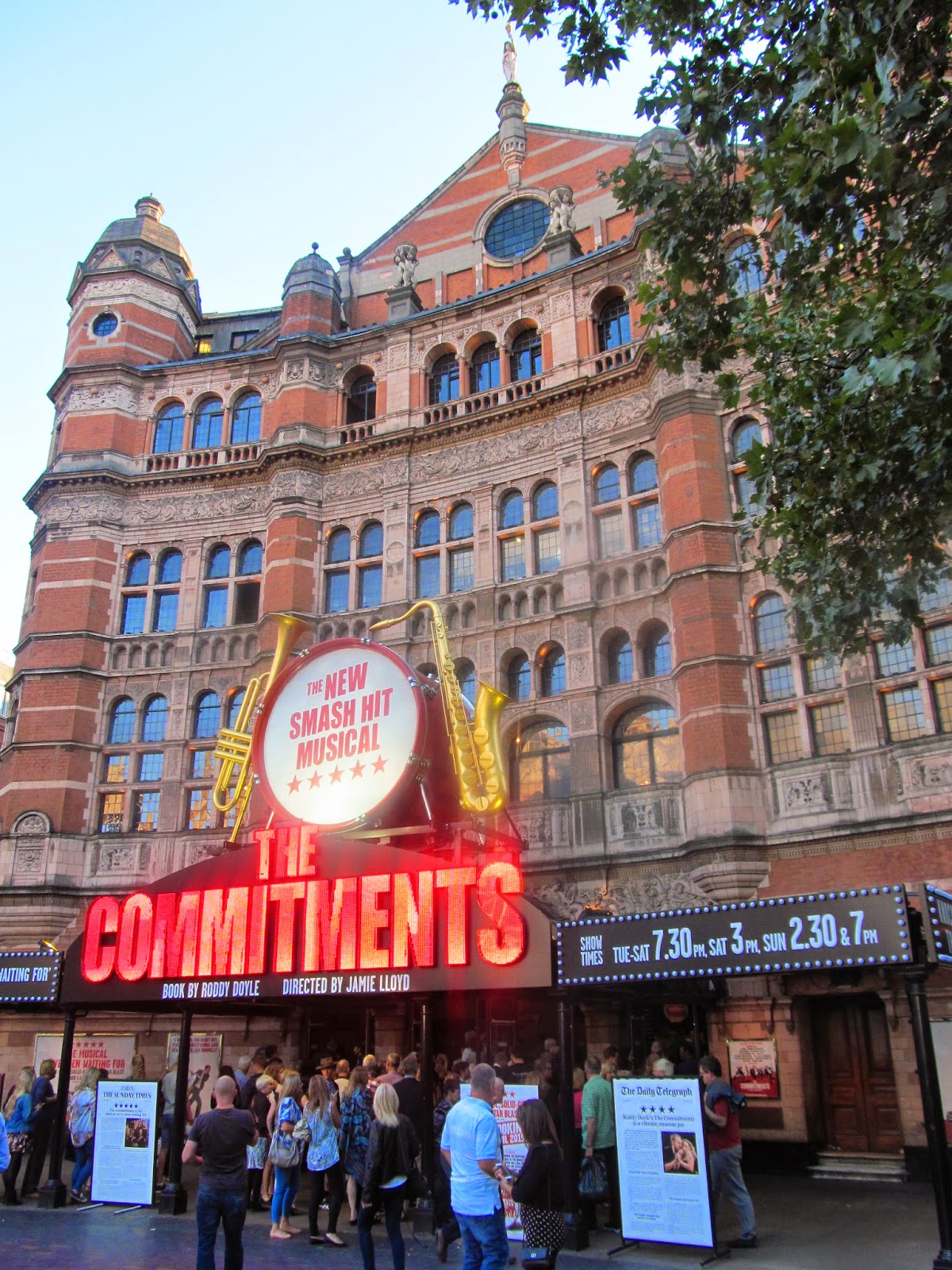 The Commitments at the Palace Theatre, London

London's Palace Theatre has been synonymous for Les Miserables for many years but since the noughties has transferred to the Queen's Theatre nearby.  The Commitments, opened last year, has been a musical which has been part of one's fate to see this and actually happened one August Sunday evening! The Commitments is based on Roddy Doyle's novel of the same name, published in 1987, and was adapted into a movie in 1991.  Doyle, despite initially resisting to write a musical, wrote this production and is directed by Jamie Lloyd who is known for his work across the West End.

The story is set in the 1980s in a Dublin working class neighbourhood and is about Jimmy Rabbite (played by Denis Grindel) and a group of friends wanting to form a band.  Jimmy hopes to achieve the best soul band ever and even go about it professionally.  The group however faces numerous of challenge and events ranging from how the music and songs are interpreted to differences among members.  The soul and Motown hits cleverly tells the story and the songs' themes fit in nicely with the scenes' situations.  The hits include Reach Out, I'll Be There, You Keep Me Hangin On, Papa Was A Rolling Stone, Try A Little Tenderness, Save Me, The Midnight Hour and many more!  All smartly choreographed by Ann Yee and accompanied staging, designed by Soutra Gilmour (set), Rory Madden (sound) and John Clark (lighting). 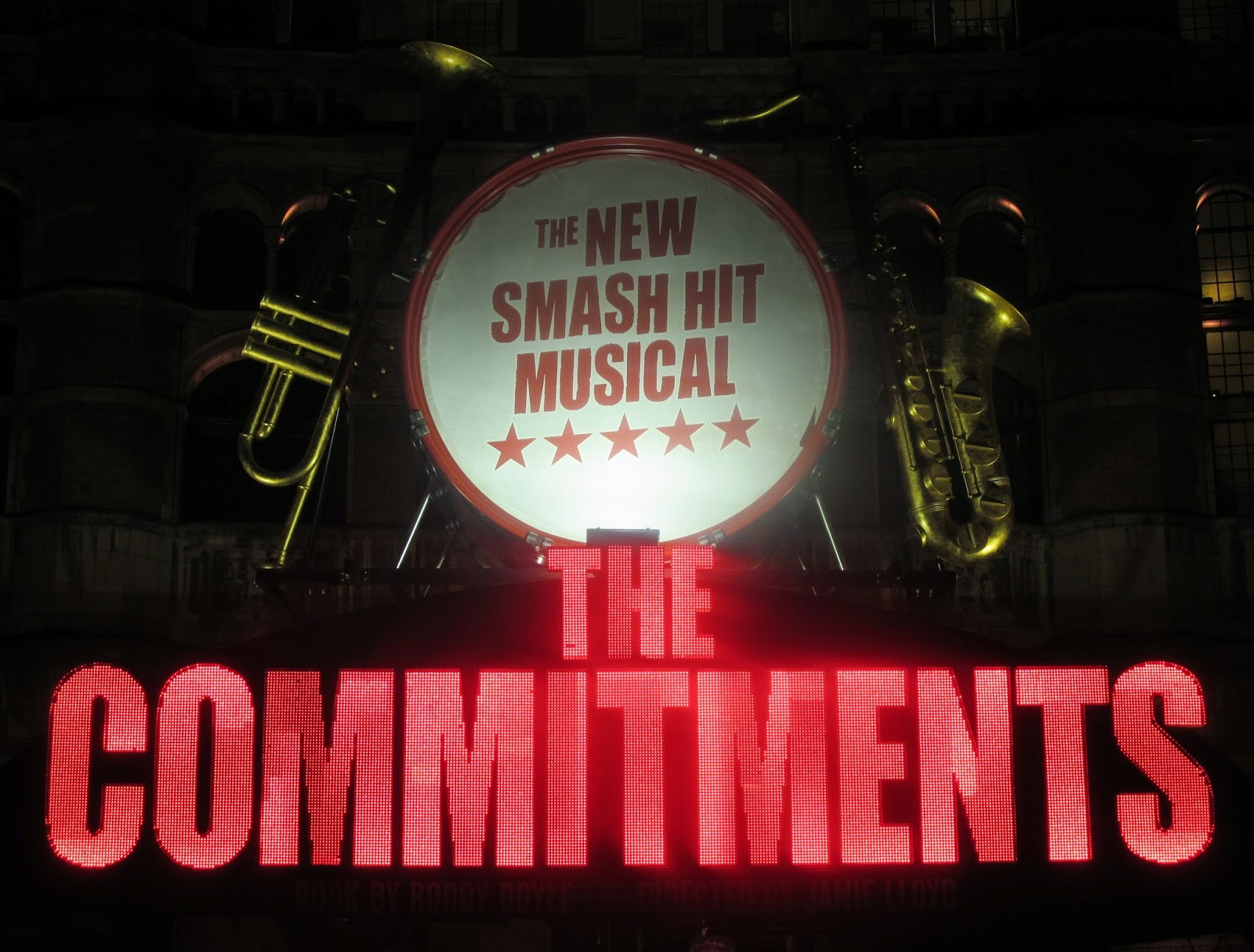 The Commitments at the Palace Theatre, London

The cast forming The Commitments band is superb which is led by Killian Donnelly (Deco), Denis Grindel (Jimmy), Ben Fox as the eccentric Joey, Mark Dugdale as Derek and company.  A soulful evening of entertainment and chart topping hits which ended up in one big party finale when everyone stands up and dance!  Check out the musical's website for further information including tickets!