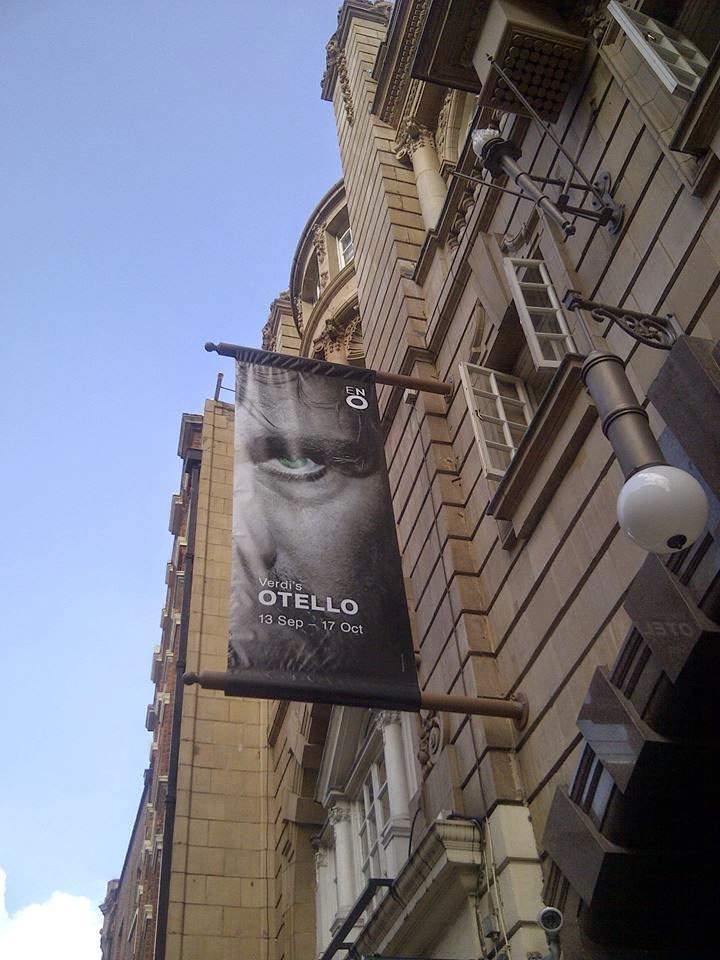 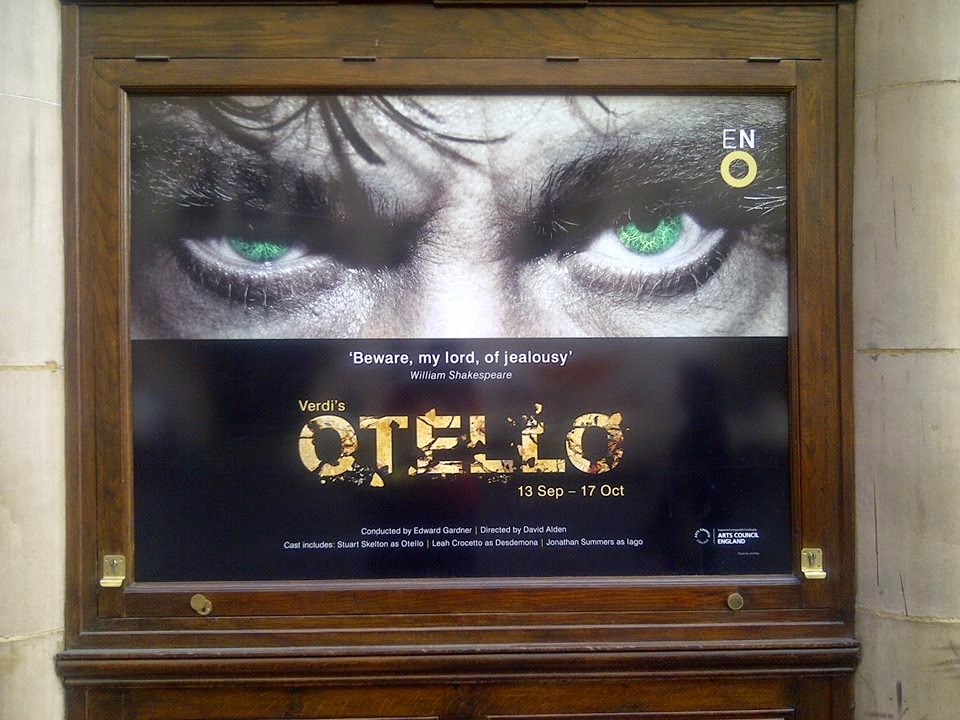 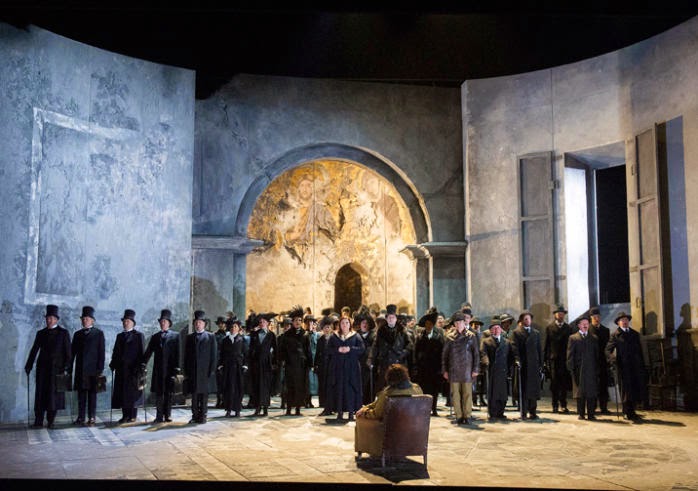 
English National Opera's English production comprises of four short acts lasting approximately 30-35 minutes each.  The opera is directed by David Alden and co-produced by The Royal Swedish Opera and Madrid's Teatro Real.  Stuart Skelton stars in the leading role as Otello and he is supported by Jonathan Summers as Lago and Leah Crocetto as Desdemona.  The opera first two acts builds up the tensions and expectations one anticipates in the tragedy between Lago, Otello and Desdemona.  The plot explores the jealously, disbelief and misunderstandings between the lead characters.  Only the final act will tragically reveal.

Verdi's music and Boito's libretto based on the Shakespeare's tradegy are combined powerfully and dramatically for the perfect interpretation.  It is interesting hearing the opera sung in English than traditionally in Italian. The translation, it feels does not compromise the emotional elements expected from the tragedy, with this it is excellently performed by an excellent cast, chorus and company.

Edward Gardner, English National Opera's Musical Director, as expected commendably and enthusiastically conducts Verdi's masterpiece vigourously and rhythmically to how Verdi wanted one to! Ian Morelli's staging set with a Mediterranean theme is stripped to the bare minimum, which is maximised with Adam Silverman's lighting.  Silverman's lighting focuses on the characters and it is intricately clever to how the characters' shadows give a sinister feel to the tragedy.  It feels more so in the finale build up between Otello and Desdemona whose doomed fates are sealed.

An amazing interpretation of Otello (Othello) from text to libretto and music! A must see! Otello is running until Friday 17th October 2014.