Catch Up With Matt Bugg

I was able to catch up recently with Matt Bugg following his production of Miss Nightingale which toured for six weeks in Spring 2014 at a number of of venues .  He since then has co-written Aladdin,  a CAST Pantomine, and the production has just opened at CAST, Doncaster. 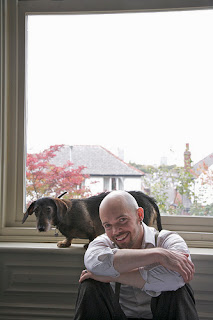 
Please could you share with me how you feel Miss Nightingale went? The production toured a number of venues nationwide. Are there any plans to tour the production again in the future?

This year’s tour of Miss Nightingale went really, really well.  It was great to be back on the road with the show for the third time!  And we toured for six weeks this time to a wide variety of venues across the country, including a wonderful week at the legendary Leeds City Varieties Music Hall and a riotously night at CAST in Doncaster – nothing beats a Yorkshire home crowd!  We had really lovely responses from audiences and critics right across the tour.  Alongside this we sadly still had a handful of people who felt uncomfortable with the love story in the show because it was between two men. Thankfully it was only a handful but it just makes us all the more determined that this is a show with an important message of love, tolerance and living each day as if it were your last.  We want as many people as possible to see this celebration of the courage it takes to stand up and be counted.  It also makes the wonderful feedback we got even more meaningful and touching for everyone involved in the show.  People really do seem to have taken Miss Nightingale to their hearts.  Because of this and the interest from theatres across the UK in the show we are looking at touring again next year.  Watch this space!


How have things been since Miss Nightingale? Please tell me some of the projects you're currently involved with?


Busy!  Although we did find time for a much needed week’s holiday which was lovely.  We’ve been really busy tying up all the loose ends from this year’s tour and more excitingly starting to plan for our next two shows.  It’s still early days but we’ve had a number of meetings about these and so far, I’m very relieved to say, everyone has been as excited as we are about them.  I’ve also worked on several shows for other people as either composer or sound designer.  This includes a possible new musical of a very well-known and much loved collection of children’s stories.  I can’t say any more than that at the moment as I’ve been sworn to secrecy but if it’s a very, very exciting project and I’m thrilled to be involved in it.  I’ve also been busy writing the script of Aladdin for this year’s pantomime at CAST in Doncaster.  I was MD (Musical Director) for last year’s production of Cinderella.  It was the first pantomime I’d ever worked on and I had a ball, if you’ll excuse the pun!  CAST is such an amazing new theatre, it’s only been only a year, and the quality of the work they’re aspiring to do and the support they’re getting from their audiences is truly amazing.  Artistic Director Kully Thiarai is directing the show again this year and is a joy to work with.  I love pantomime – it’s such a wonderful British, theatrical tradition.  And for most people in this country it’s their first experience of going to the theatre and for some it’s the only time they ever go to the theatre experience, so to me it’s really important that they have the best experience of live theatre they can.  It’s a responsibility to get it right because if they have a good time and they experience the unique magic of live theatre hopefully this will ignite a spark in them that will fire up into a lasting passion for live theatre.

Please could you tell me a bit about the CAST's Christmas production, Aladdin, for which you're arranging and directing the music for? How is the production shaping up? How is the musical direction going?


Well this year I’m not just the MD but also the writer of the show.  I must admit that it was somewhat odd to have spent most of this glorious hot summer working on a traditional, family Christmas pantomime!  Nevertheless, I really enjoyed it and I think it’s going to be a great show.  We wanted to capture all the essential, traditional elements of pantomime but at the same time bringing it a little up to date for modern audiences.  So, it has a strong story with lots of gags and also a strong Princess Jasmine – she’s clever, smart and most definitely an equal to Aladdin.  The music is a mixture of current chart hits and some classic pop songs.  I’ve even written one number, a comic duet for Widow Twanky and the Sultan.  The designs for the show are beautiful and I know everyone will love them as much as I do. We started rehearsals on Monday and it was so excited to finally get started.   The cast, like in Miss Nightingale are actor musicians so they will be acting, singing and playing in the band too.  They are all amazing and I know people are going to be blown away by how talented they are.  The show opens on 5 December 2014 and plays until 3 January 2015. I hope people will come and see it.

Are there any past and/or current productions you personally recommend for my readers and I? Nationally and regionally?


Far too many to mention.  If you like musicals and aren’t easily offended then go and see The Book of Mormon – it is faultless, great entertainment and a simply brilliant show. I’m also looking forward to seeing Anything Goes at Sheffield Theatres this Christmas if my panto schedule allows - their shows are always worth seeing – and was very excited that they are doing a season of plays by Sarah Kane next year whose work I love but haven’t seen for many years.

May I take an opportunity to thank Matt Bugg for his time answering the questions.  Wishing him, the creative team and cast every success for Aladdin and if you can please see this production, which is in receipt of ongoing positive feedback and reviews!