I volunteered for the first time at Light Night Leeds, a multi-arts events where Leeds for one night comes alive with light installations, projects, theatre, exhibition and street performances! Local artists and organisation participate in the event showcasing their artwork in public buildings that open later than normal.

My volunteering journey began when I signed in at the Leeds Town Hall and made my way to nearby Millennium Square.  Firstly, I was assigned to Leeds College of Art.  It was early days as it yet wasn't dark and not much was happening.  The artists were putting together Ways of Seeing, an interactive projection mapping installation which links to the college's history.  I was able to relieved some of the brochures, which went like hotcakes later on in the evening! I was eventually relieved of my stint there by another volunteer.

My next line of duty was wandering around Millennium Square where I mainly distributed programmes and information about Theatre of Illumination.  It was still light but the square began to get busier with people watching the street entertainment in action and people securing good positions for the Theatre of Illumination presentation happening at the Civic Hall.  This spectacle of light and sound is presented by OMNI and commissioned by Leeds Inspired.  It seems to be something worth waiting for as we were awed by the amazement of seeing the Civic Hall illuminated, complimented with darkness just caving in!

On my break I've ventured to Opera North's I am Yous, Yours I am, installation at The Howard Assembly Room.  The attraction was indeed popular; no one anticipated how popular it would be which evident with the queues inside and outside the Grand Theatre! I spent ten minutes or so enjoying a couple of excerpts, when the clock struck, from Montevideo's The Coronation of Poppea, a new Opera North production which I'm seeing later this month (October 2014).

I hastily to returned to my final volunteering stint which was at the Carriageworks which housed Levantes Dance Theatre's individualism Capture and Fuse Box's Improvised Music Night.  The background of Civic Hall's Theatre of Illumination and Ways of Seeing spectacle remind me how I couldn't be any prouder of my city and grew to appreciate living and enjoying Leeds much more now than then! I don't not see myself in another city at all in the future! The atmosphere was incredible with the positive energy flowing from the crowds! It was great engaging with the public what their thoughts of Light Night Leeds and listening to their suggestions.  One suggested spreading future Light Nights to the Leeds Dock too which I think would be a very good idea!

Sadly the time came for me to sign off and go home! Despite being denied churros it was an evening I'll never forget!  I plan to volunteer for the event next year where it will be even bigger and better! Volunteering is something I take pride in.  What I put in, only I receive hundred fold! The experiences I've got from Light Night are those I'll treasure for a long time.  I've made some unique memories which I wouldn't have got if I didn't volunteer. 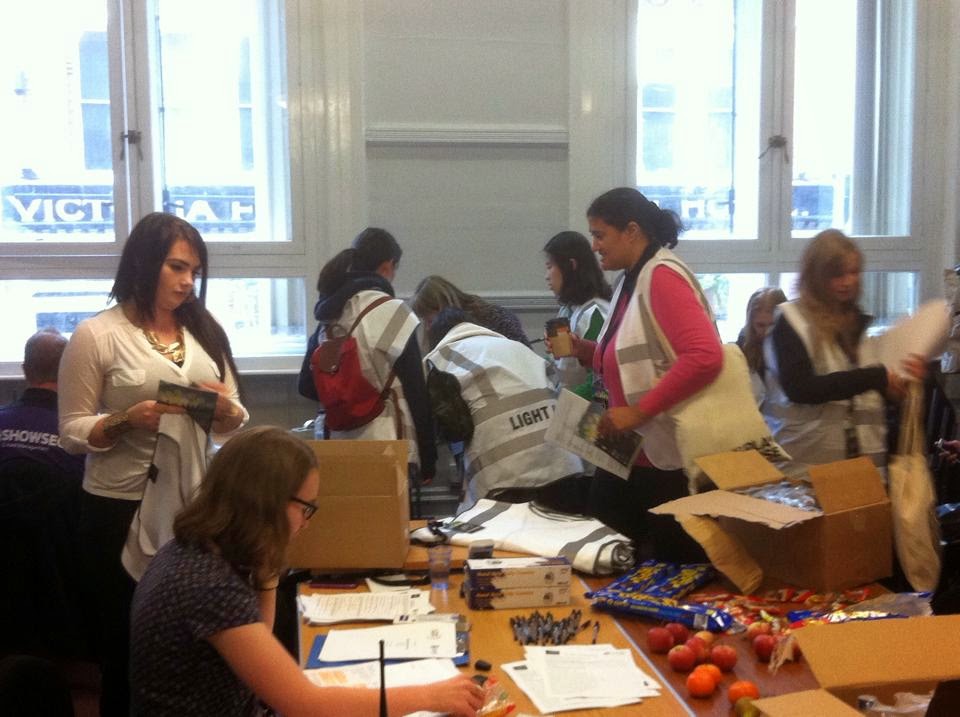 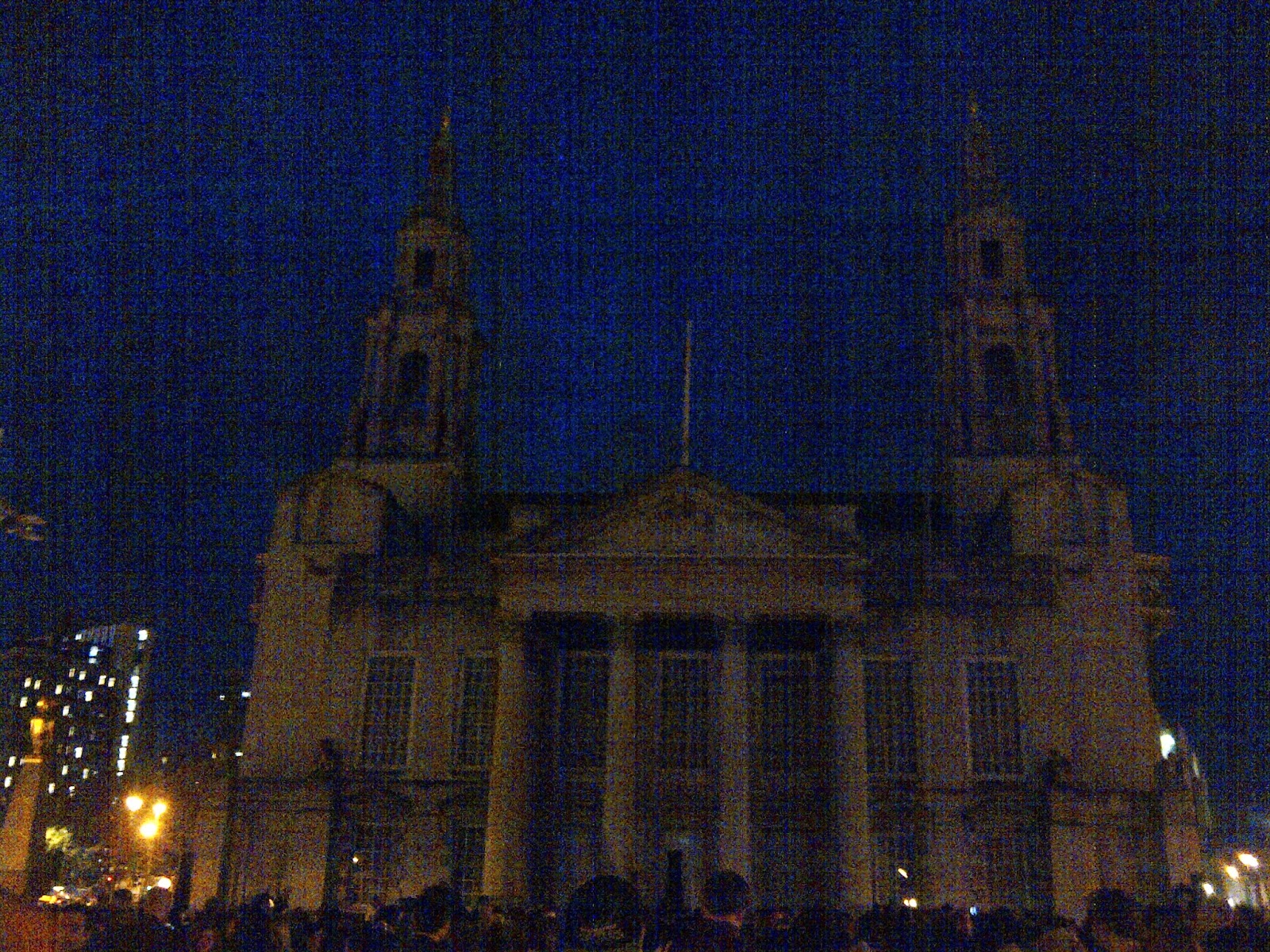 Waiting for Theatre of Illumination 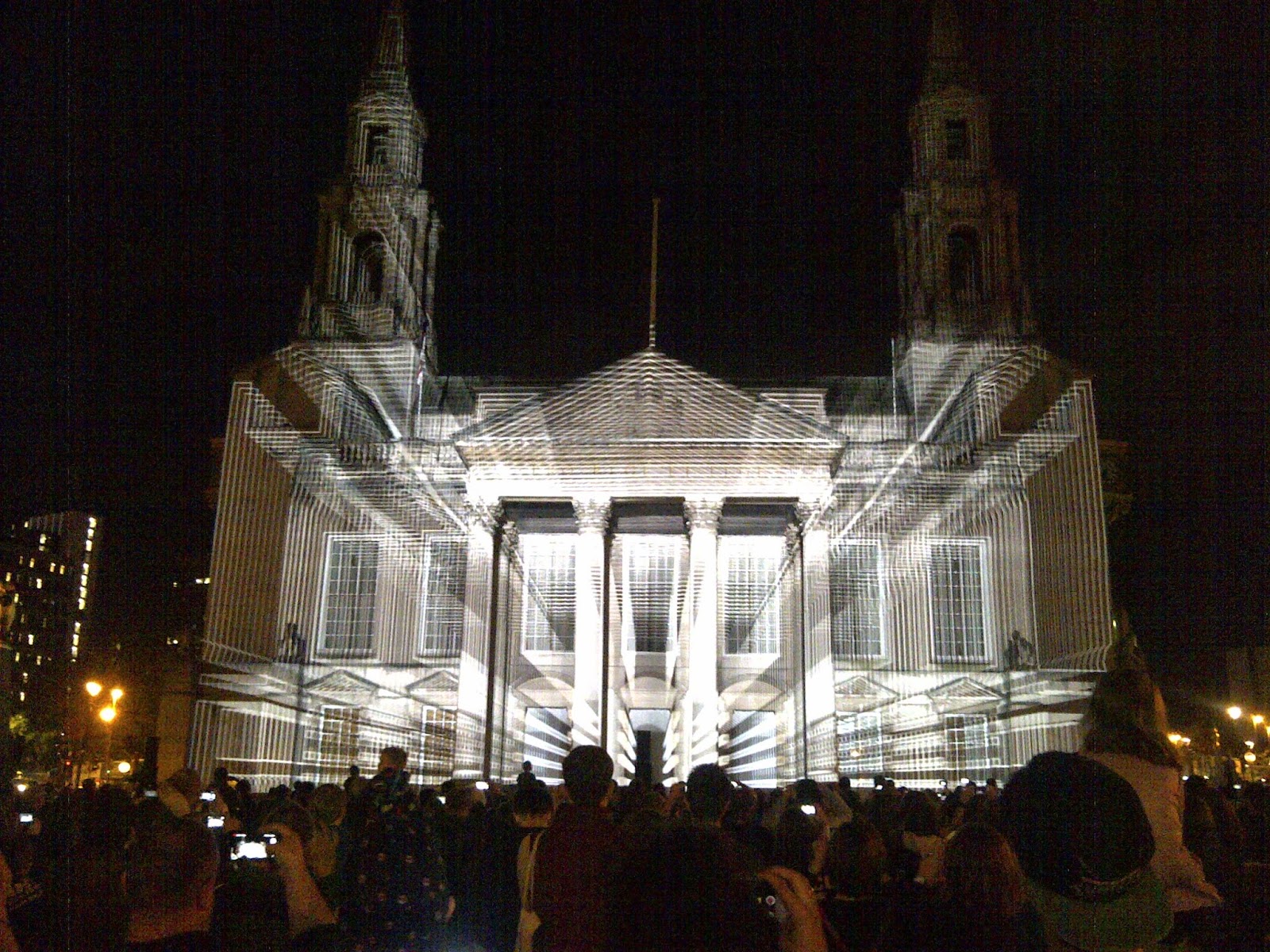 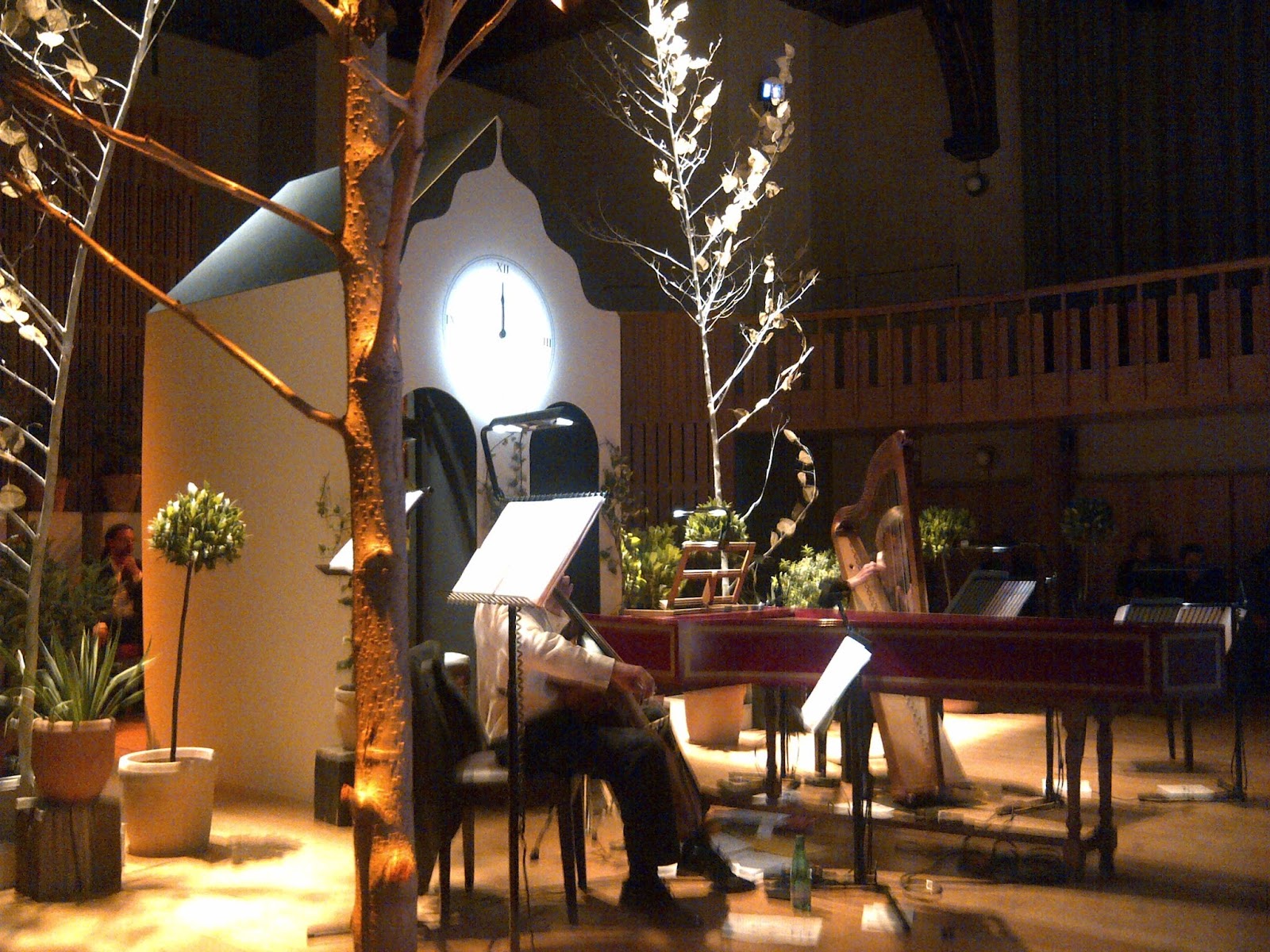 I am Yours, Yours Am I (Opera North), Howard Assembly Room 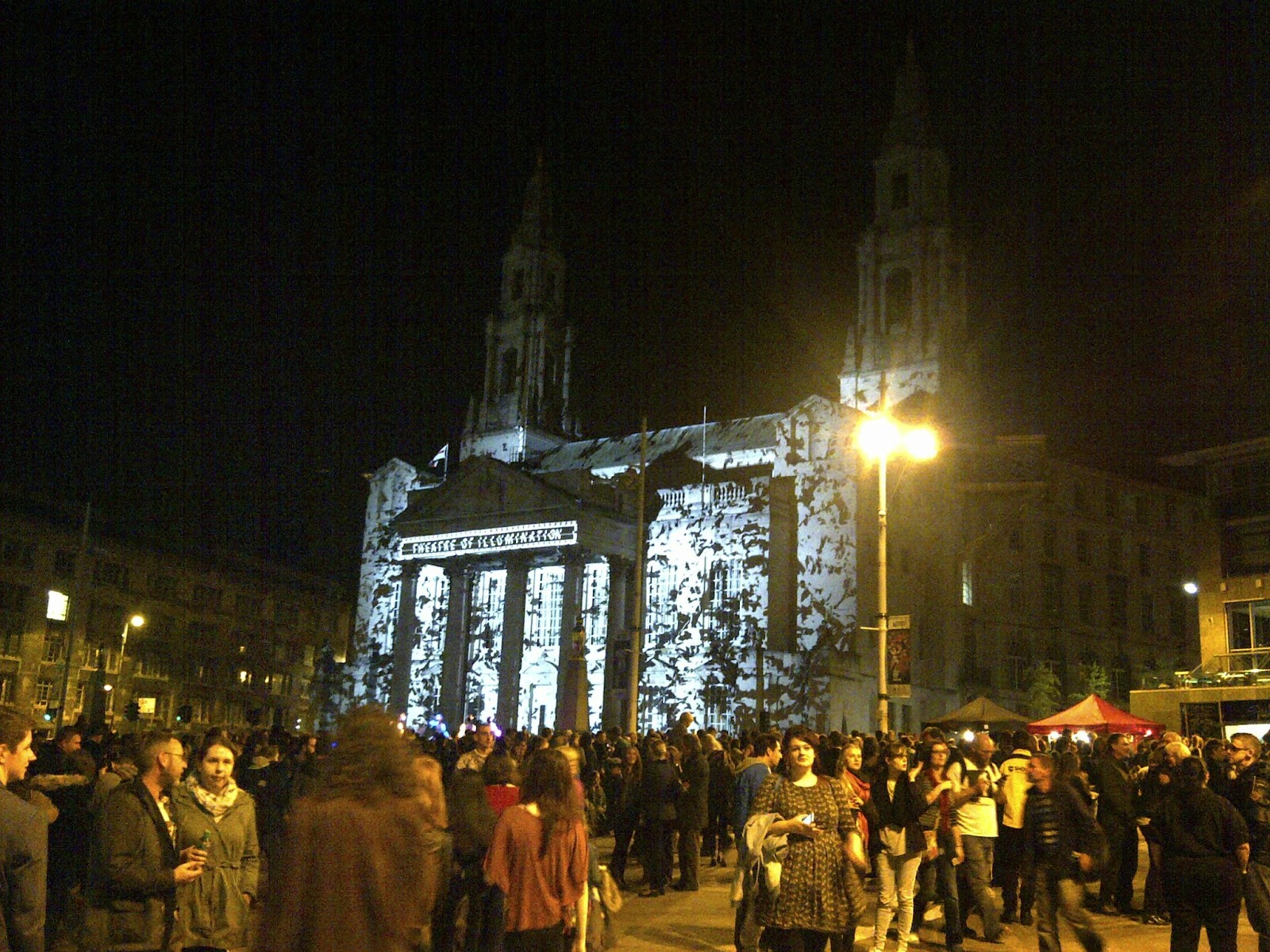 
The event was a success! Everything went to plan from programming the event to the general public enjoying themselves! So don't you visit Light Night Leeds next year? Whether a visitor or even better, a volunteer?