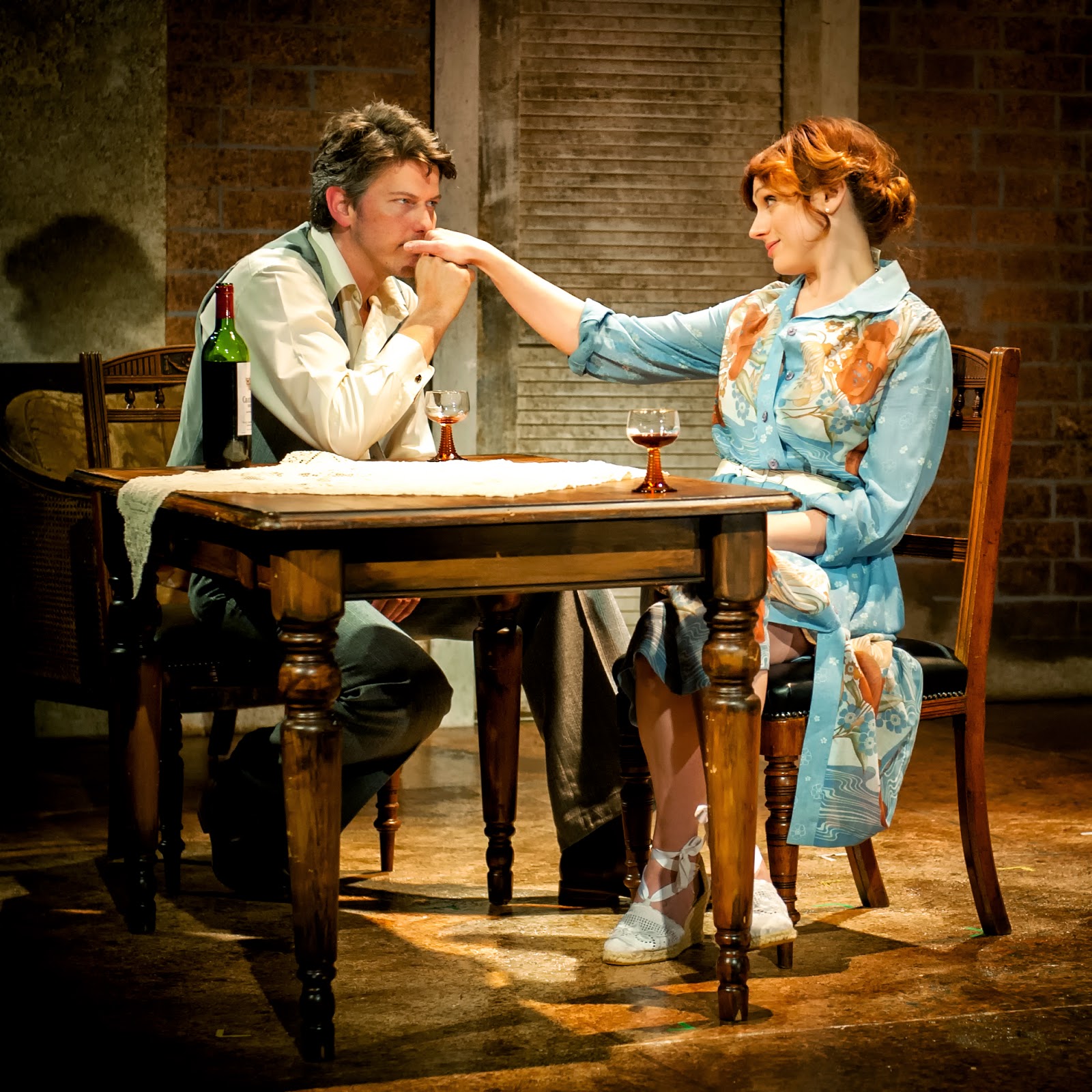 
Harold Pinter is reputed for his unique writing style in his plays.  His dialogue engages the less words said better the story's impact.  Pinter is renowned for its long pauses in his dialogues which create atmosphere of intrigue and tensions.  These are the opportunities for the audience to narrate in their mind the story's development and how one can relate personally to the play's themes raised.  As seen in Betrayal, nothing it seems in the speech is given away even if it's obvious to what is happening between the characters on stage.

Betrayal, relates indirectly to the playwright's extramarital affair, which tells the story of Jerry who has an affair with the wife, Emma, of his best friend, Robert.  The plays rolls back several years when Jerry first met Emma at a party.  There is a reflective analysis of the love triangle between the three characters without much said dialogue.  Pinter poetic style captures the frozen moments and the repeated statements such as 'You have a home' and 'I have a home' with references to the lovers' respective families.

Dawn Allsopp's simple effective staging works well with the scenes and transitions of scenes with the Venetian feel radiating double meaning from romantic idealisation to contrasting reality!  Visually and nostalgically with Alexandra Stafford's lighting and Ed Sunman's projection.  The mood throughout is reflective and reminiscent which is accompanied by a beautiful sublime musical score by Dominic Sales. 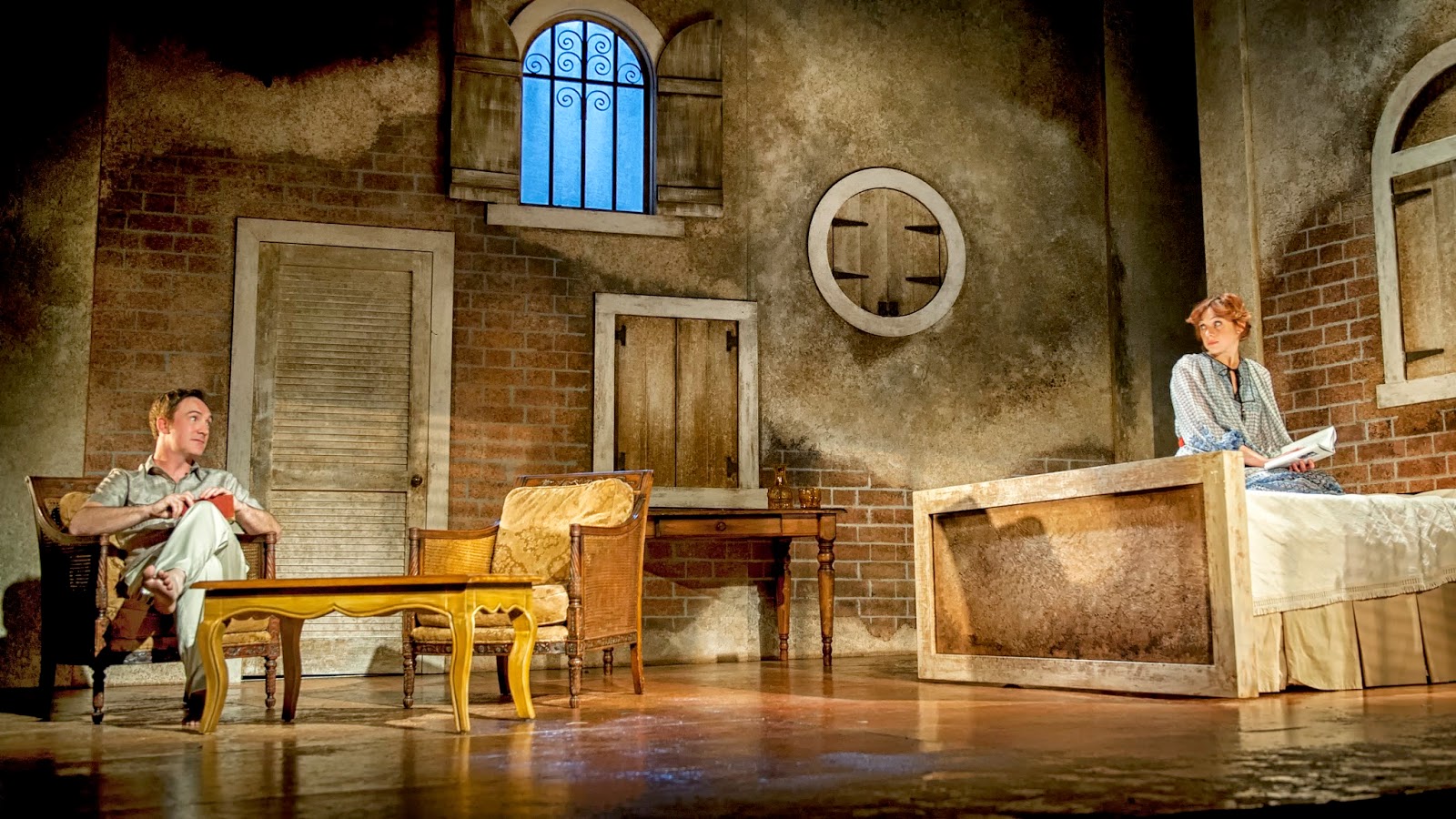 
Some themes, which are as relevant today, are consciously well set in the 1970s where one, women in particular, are voicing their identity and role in society following the social revolution of the 1960s.  Sexism then and today is common place with references made by Gerry and Robert remarking about women not being seen in squash clubs or isn't appropriate for them to be drawn in lunchtime conversations.  The domestic expectations are expected with references made to Emma's apron and its related duties.  Jerry's general attitude to women in general is noted when a supposedly compliment to Emma indicates a derogatory sexual innuendo.  This comment would today be viewed differently in modern society today and indicates how gender attitudes and roles have move forward forty years or so later.

An excellent cast of Mark Hesketh (playing Jerry), Amanda Ryan (playing Emma) and Mason Philips (playing Robert) represented the love come betrayal triangle, generating the prices paid and losses received.  York Theatre Royal, under the direction of Juliet Forster, commendably put together an unmissable production featuring Pinter's incredible playwright style.  However it is ensured that the relevant themes are linked with the audience as much as the story, which are relevant today as they were at the time Pinter wrote his play.

Betrayal is playing at the York Theatre Royal until Saturday 18th October 2014.  Further information can be found here.
Posted by Dawn Smallwood at 09:08