A Tour of Theatre Royal Wakefield

I had the opportunity to tour round one of Wakefield's jewels at the end of June 2014.  The smallest theatre, designed by Frank Matcham (1854-1920), was built in 1894.  Matcham was a reputed theatre architect and designed many theatres in London and regionally.  These include the London Coliseum, London Palladium and Victoria Palace Theatre.  He also built arcade blocks in Leeds which are known today as the Victoria Quarter, County Arcade and Cross Arcades. 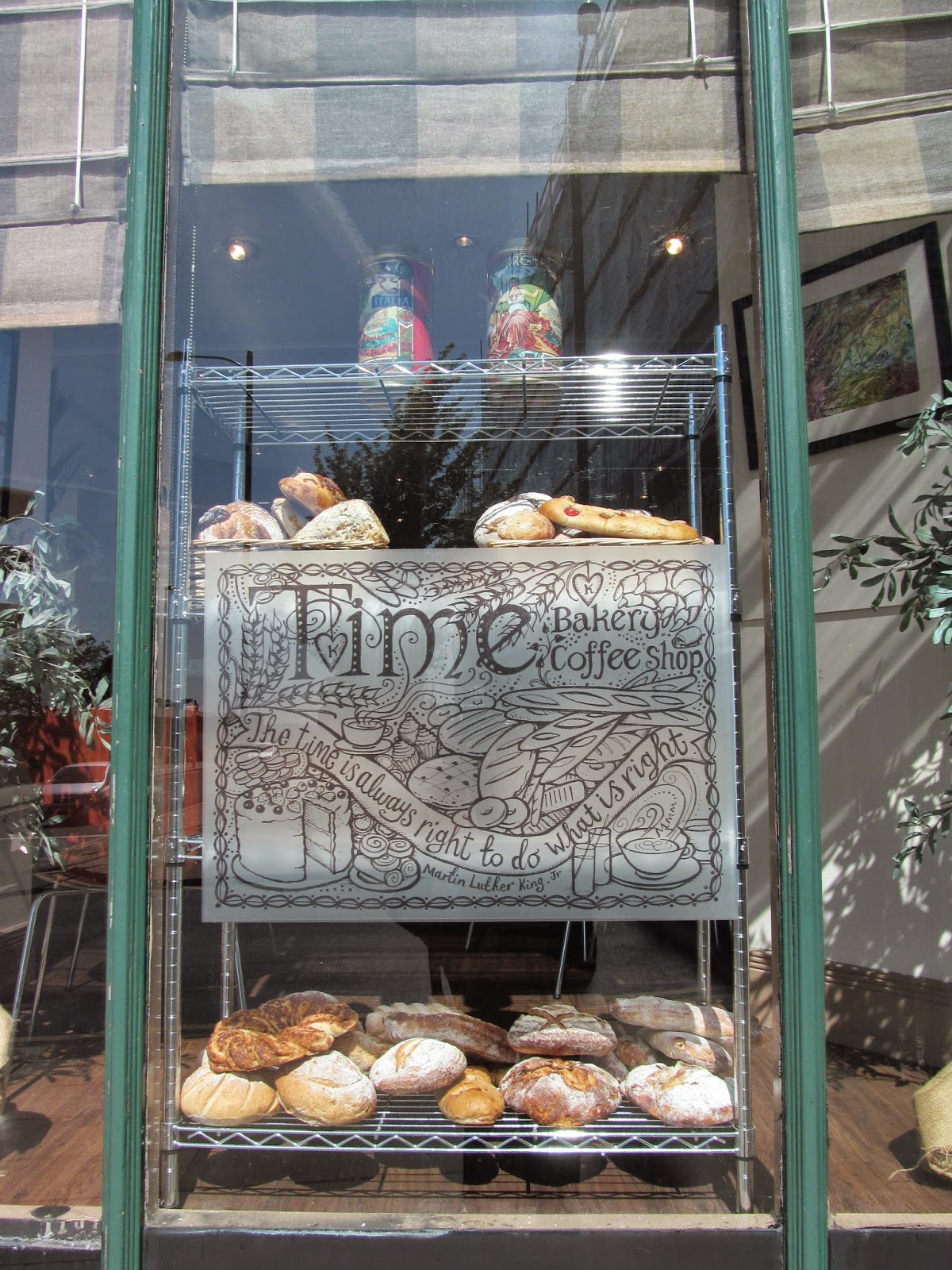 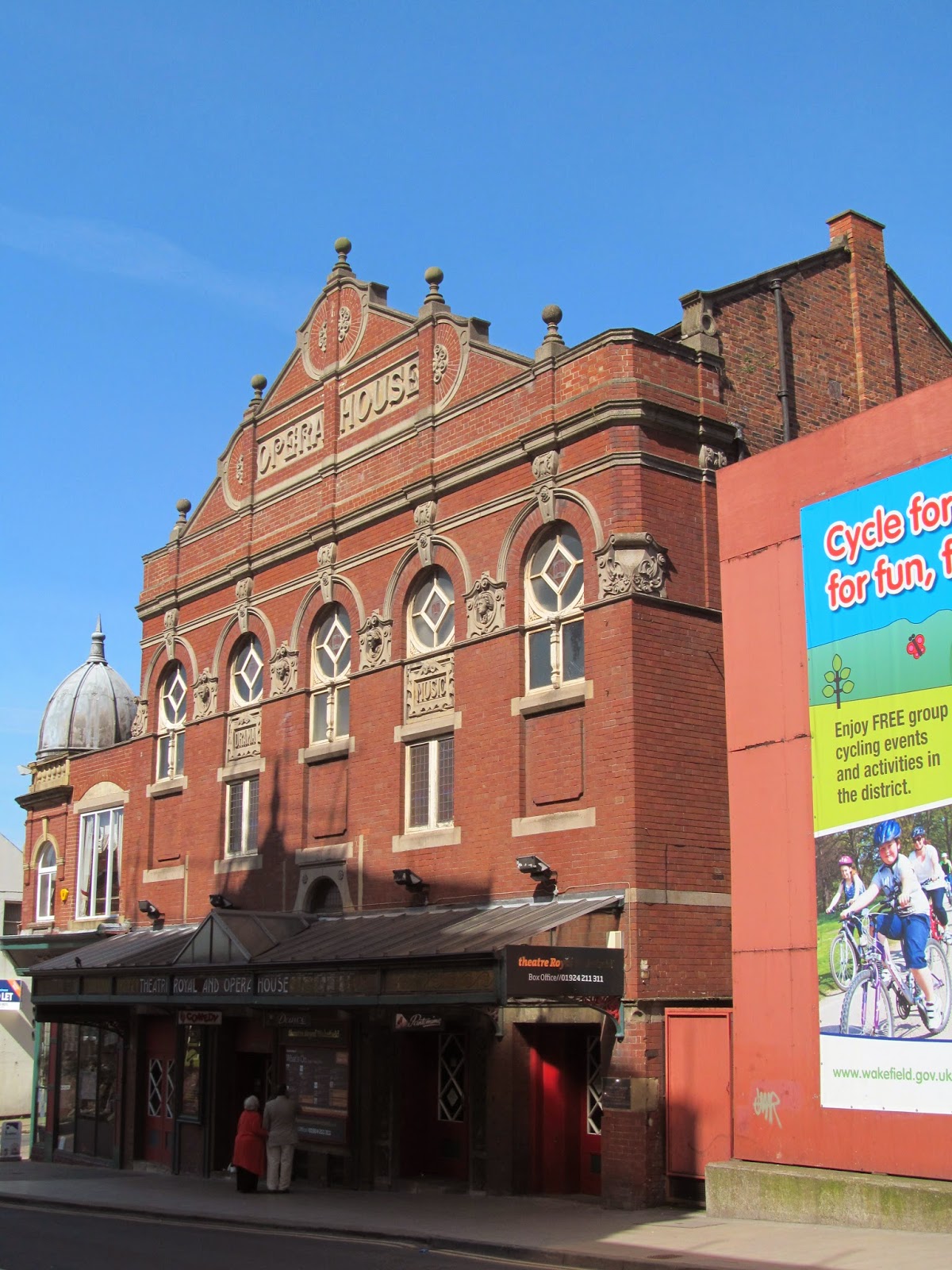 I began my visit with breakfast at the Time Bakery, an independent and artisan bakery, who works in partnership with the theatre.  The bakery prides on freshly made bread and goodies and there is nothing better than jam on toast with homemade bread! When it was time I met the tour guide and others in the theatre's box office.

We began our tour sitting in the stalls of the 499 seat auditorium, which has 3 tiers, and we were told about the theatre's past, present and its hopes for the future.  The theatre opened at the end of the 19th Century; closed in 1954 to becoming a cinema and then a bingo hall; and subsequently reopened in 1981 as a theatre again by Sir Rodney Walker. 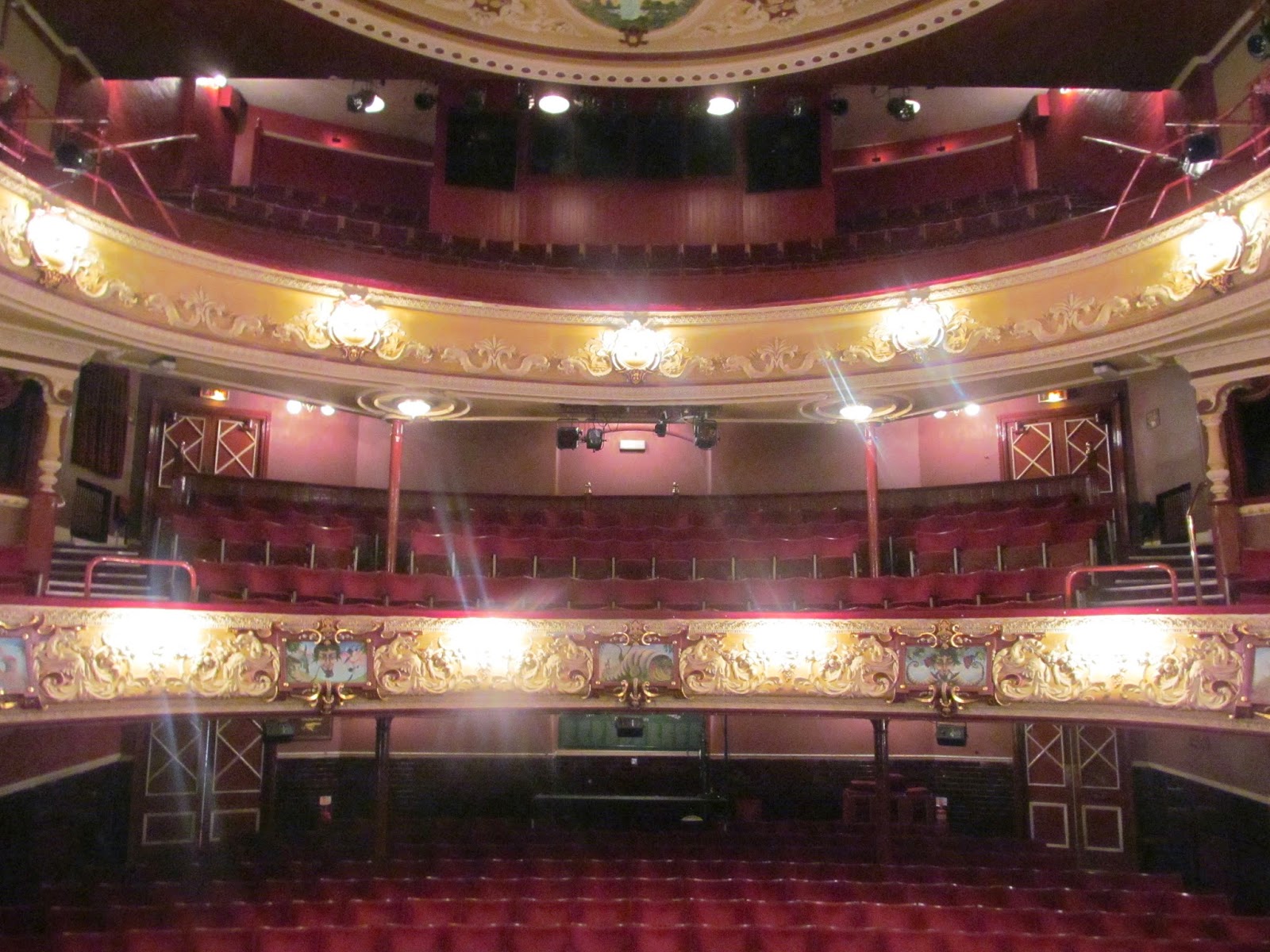 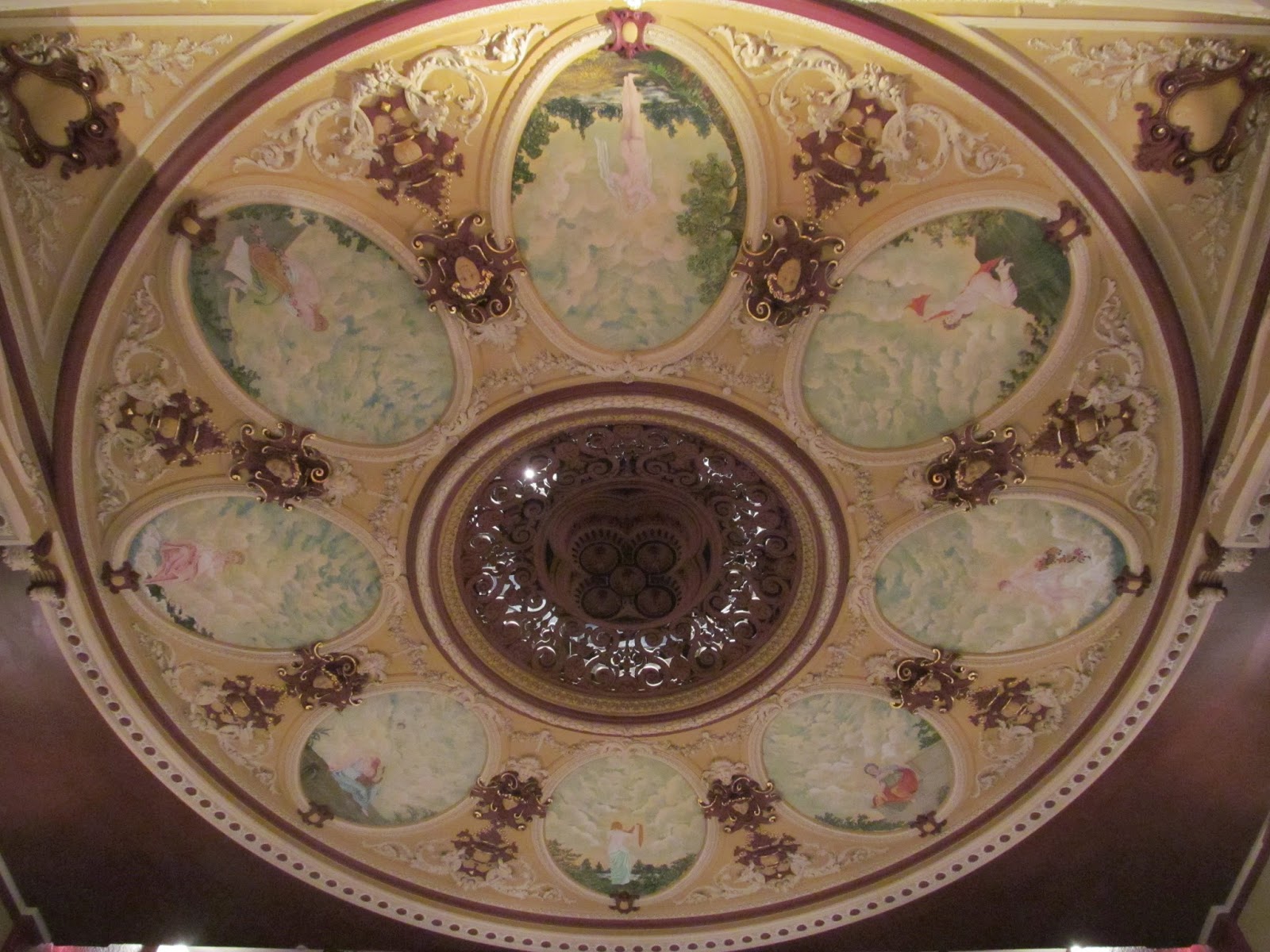 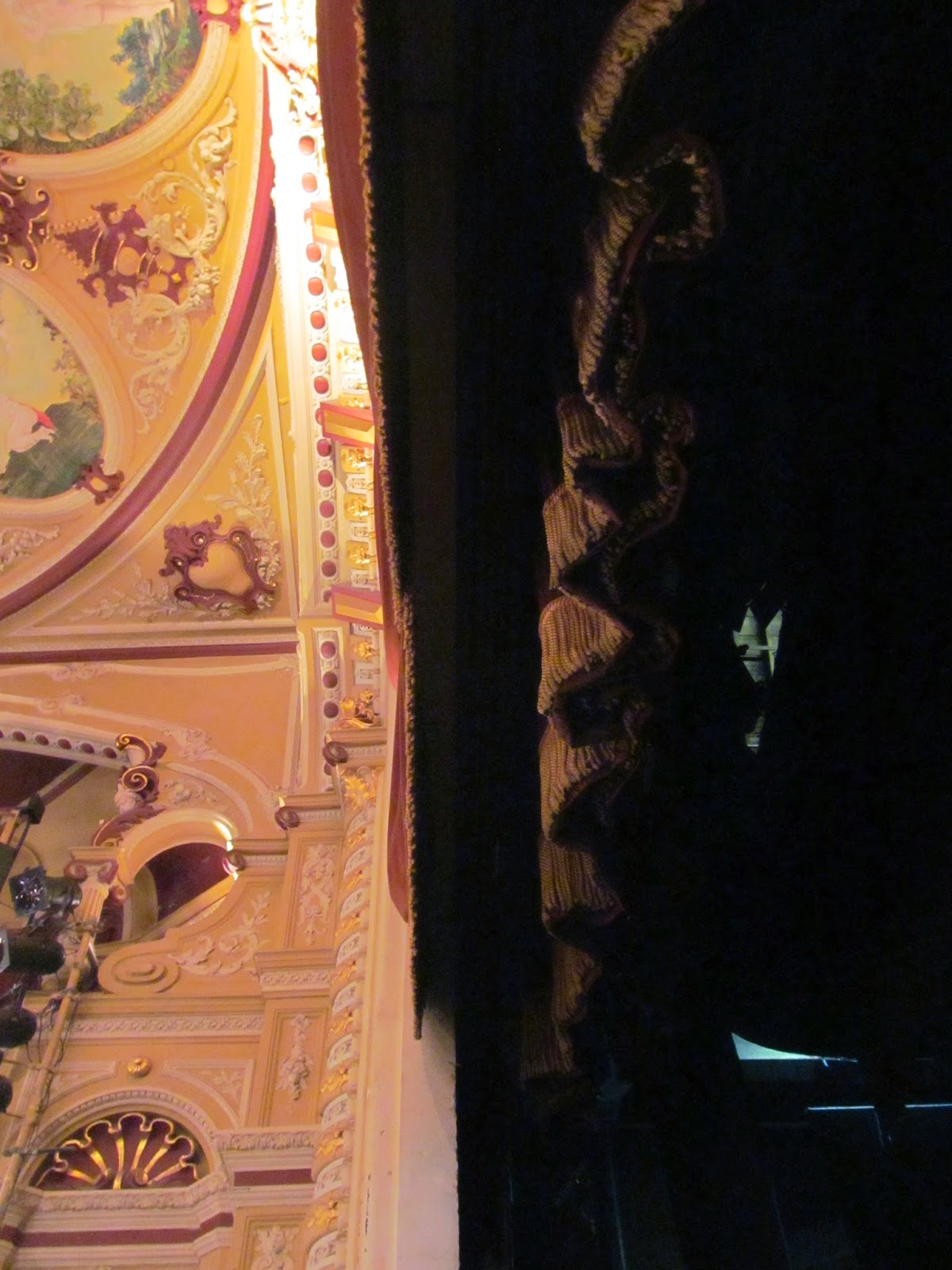 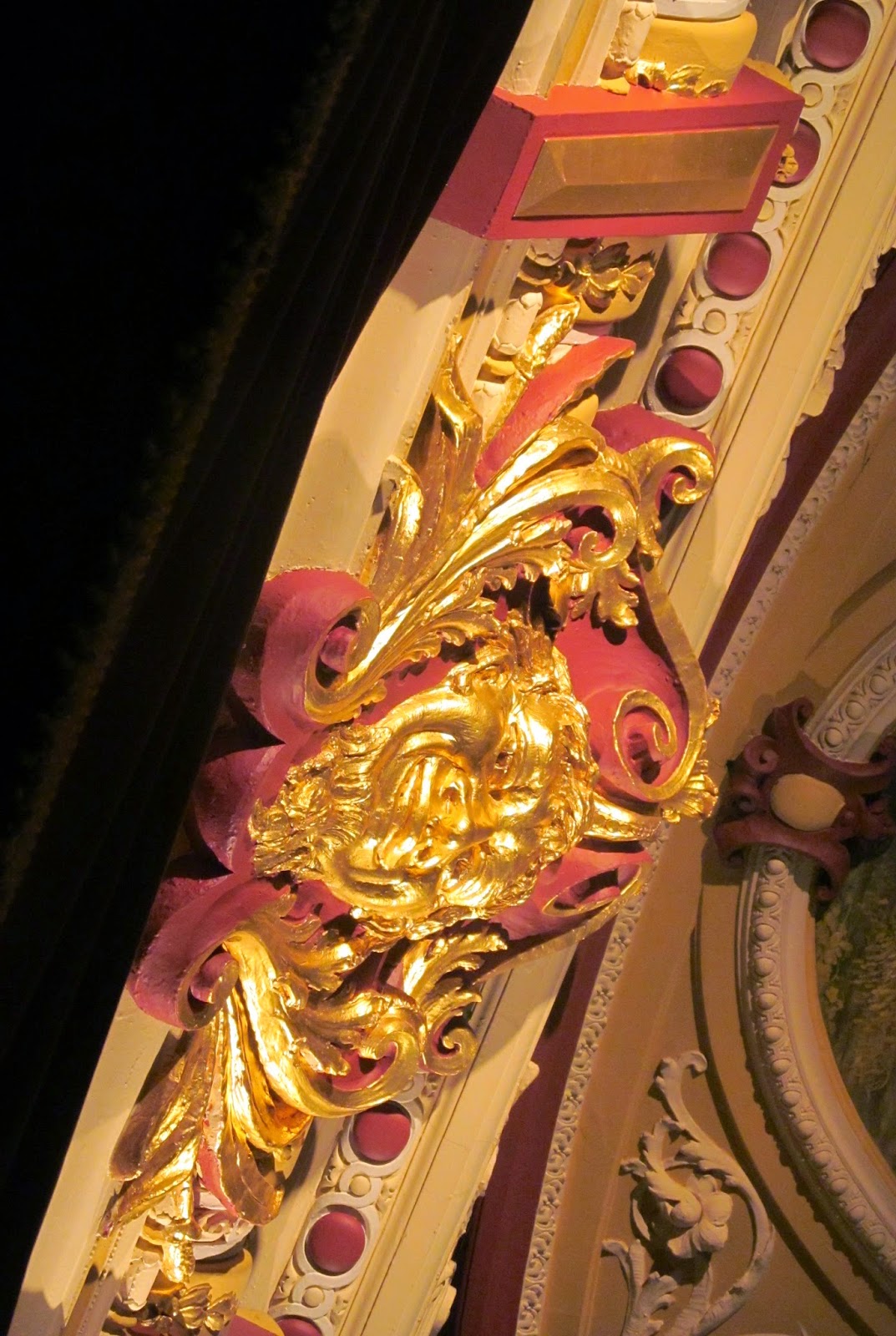 
The theatre is a producing and receiving house and has a proud reputation hosting amateur productions.  The John Goeber Company resides at the theatre alongside the in house Youth Theatre Group who offers opportunities to offer professional tutelage to young people. We were taken backstage to go on stage then see the dressing rooms, the props room and mechanics before returning front of house. 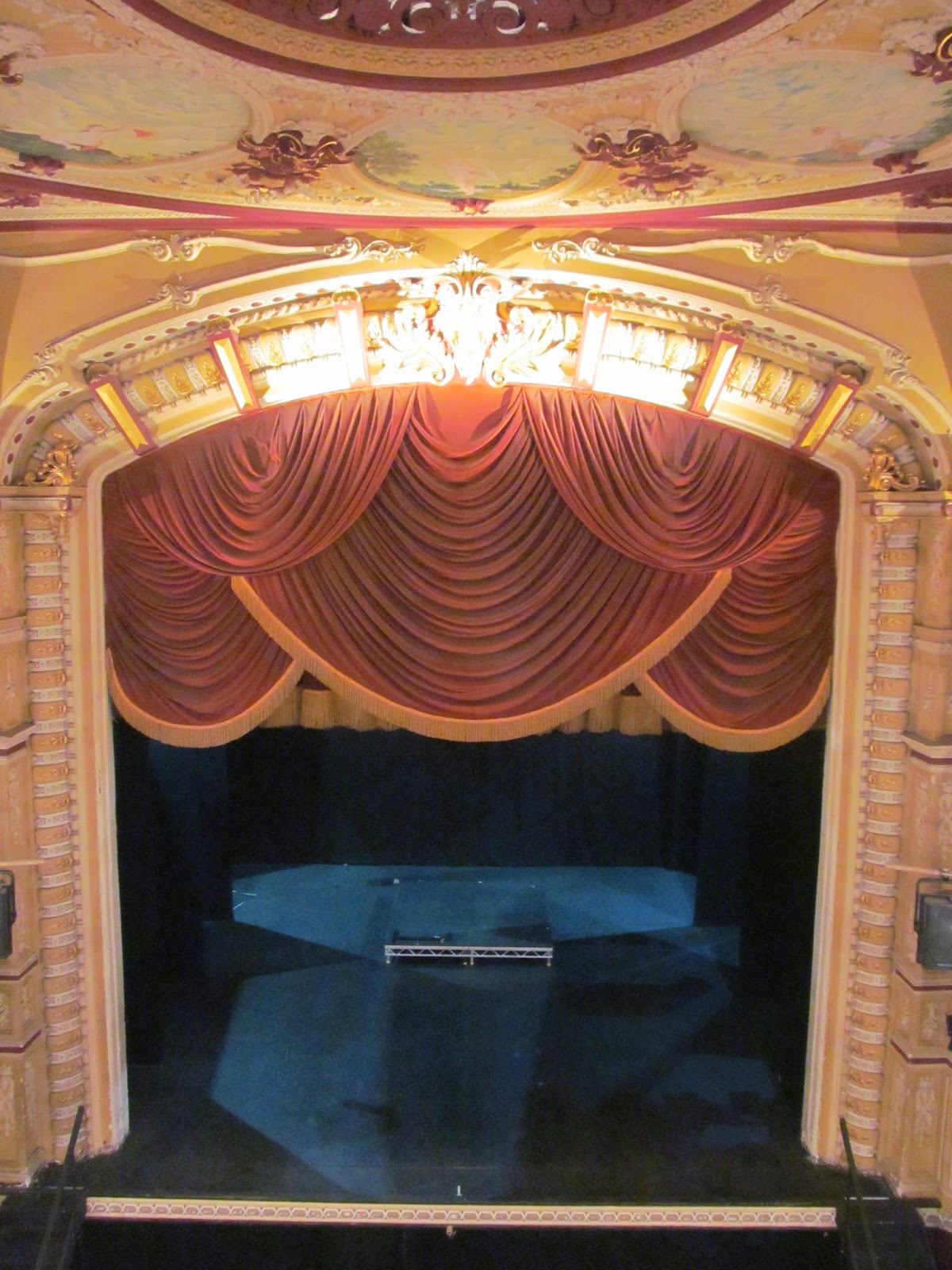 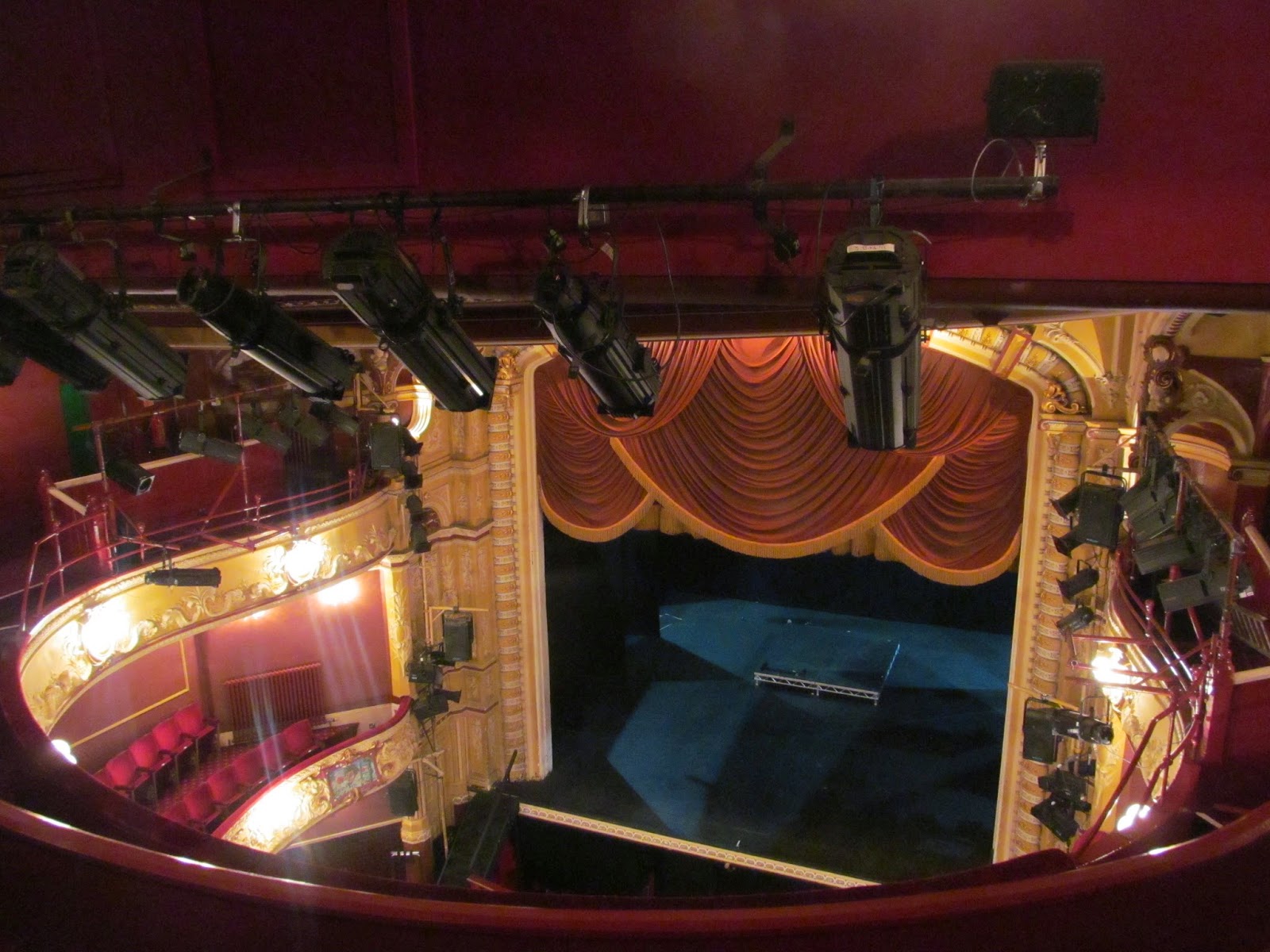 We visited the dress and upper circles including its boxes.  The upper circle seats, refurbished in 2001, are probably some of the most upper circles ones I ever sat in!  I'll bear these in mind whenever I book future productions.  We also admired the theatre's memorabilia in its bars and lounging areas. 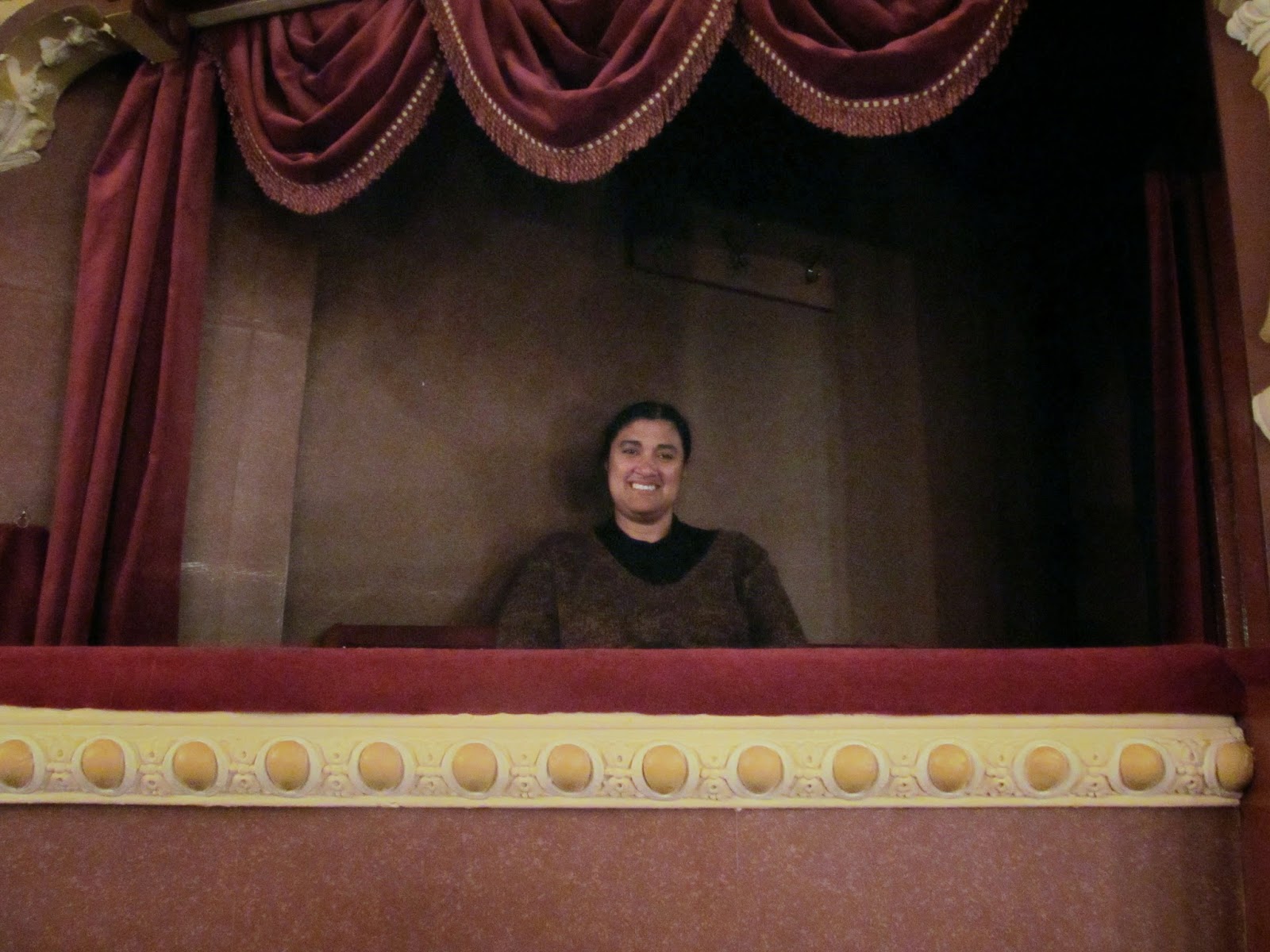 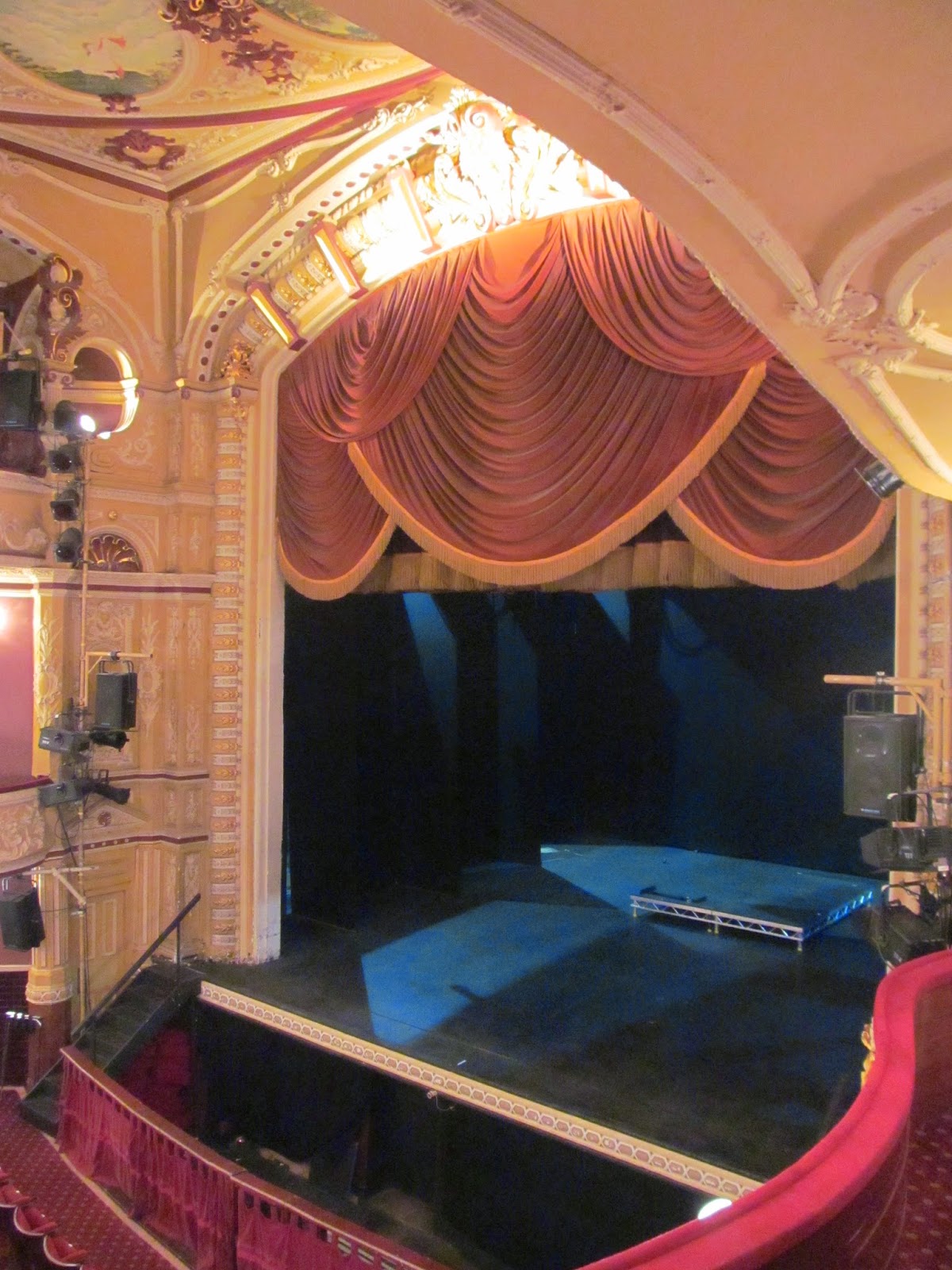 
The tour lasted approximately an hour.  On completion of the tour we thanked the guide and theatre giving us an interesting and informative tour.  For further information about the Theatre Royal Wakefield please have a look at their website.  They can be liked on Facebook and followed on Twitter.
Posted by Dawn Smallwood at 12:36