More Than A Number! 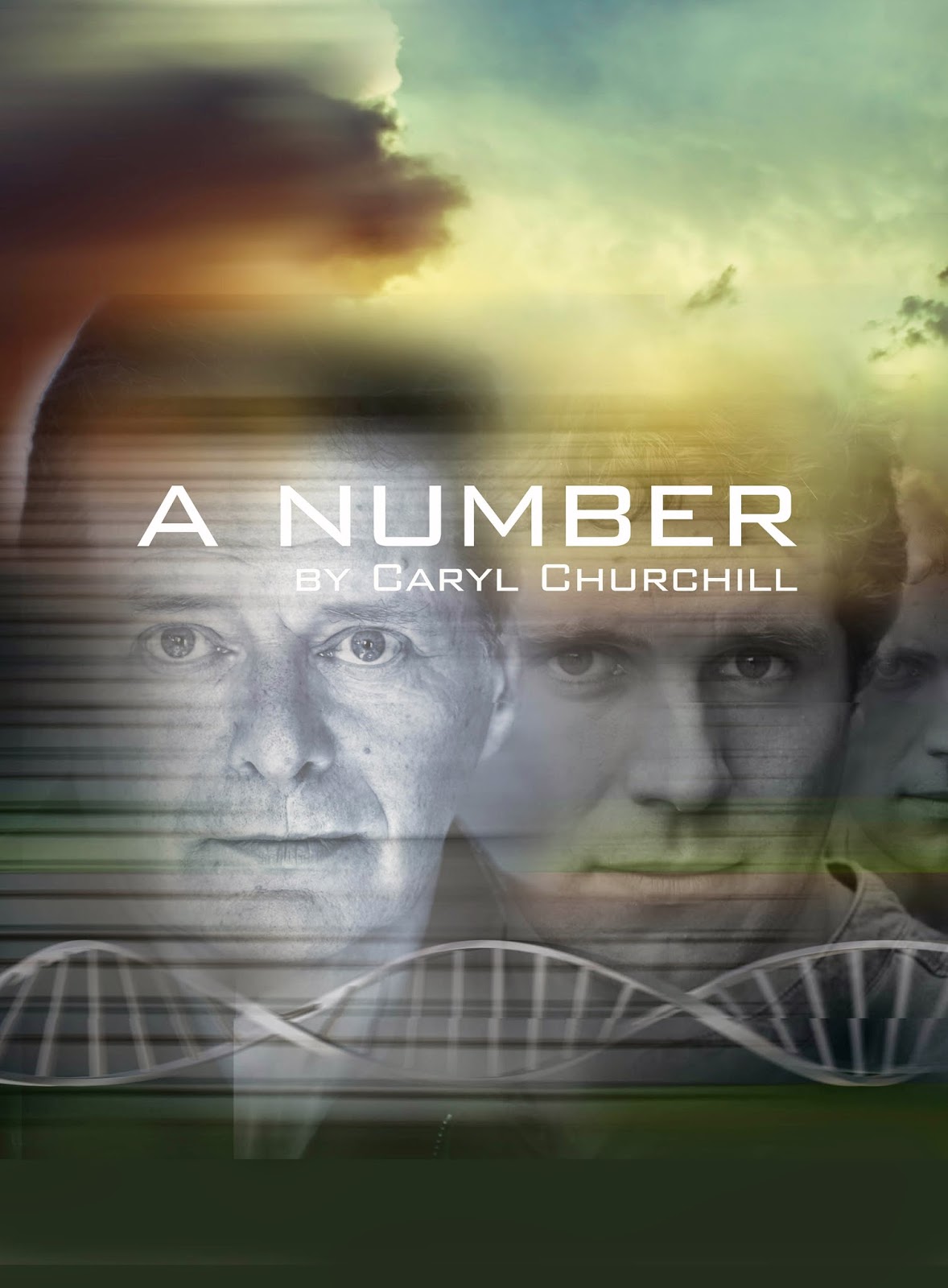 
Caryl Churchill's free form play A Number is currently playing at the York Theatre Royal starring George Costigan as Salter (the father) and Niall Costigan as the three sons (Michael Black, Bernard 1 and Bernard 2).  Juliet Forster's production explores the unique subject of identity and human cloning.  These issues are hotly debated between the father and the three sons, two of whom are clones of the first son.

An explosion of emotions were witnessed from both the characters, which is expected from subjects that are very deep and complex, and with some philosophical and contentious elements thrown in depending on ones views.  A reason for a free form play is that these issues don't have a beginning or an end with definitive answers where one can think straightforwardly.  The more the issues are delved, the more questions are asked about who we really are and how much we are valued as individuals.  Scientific advancement of cloning was raised which at the time seemed logical and for the best, considering the father's circumstances. 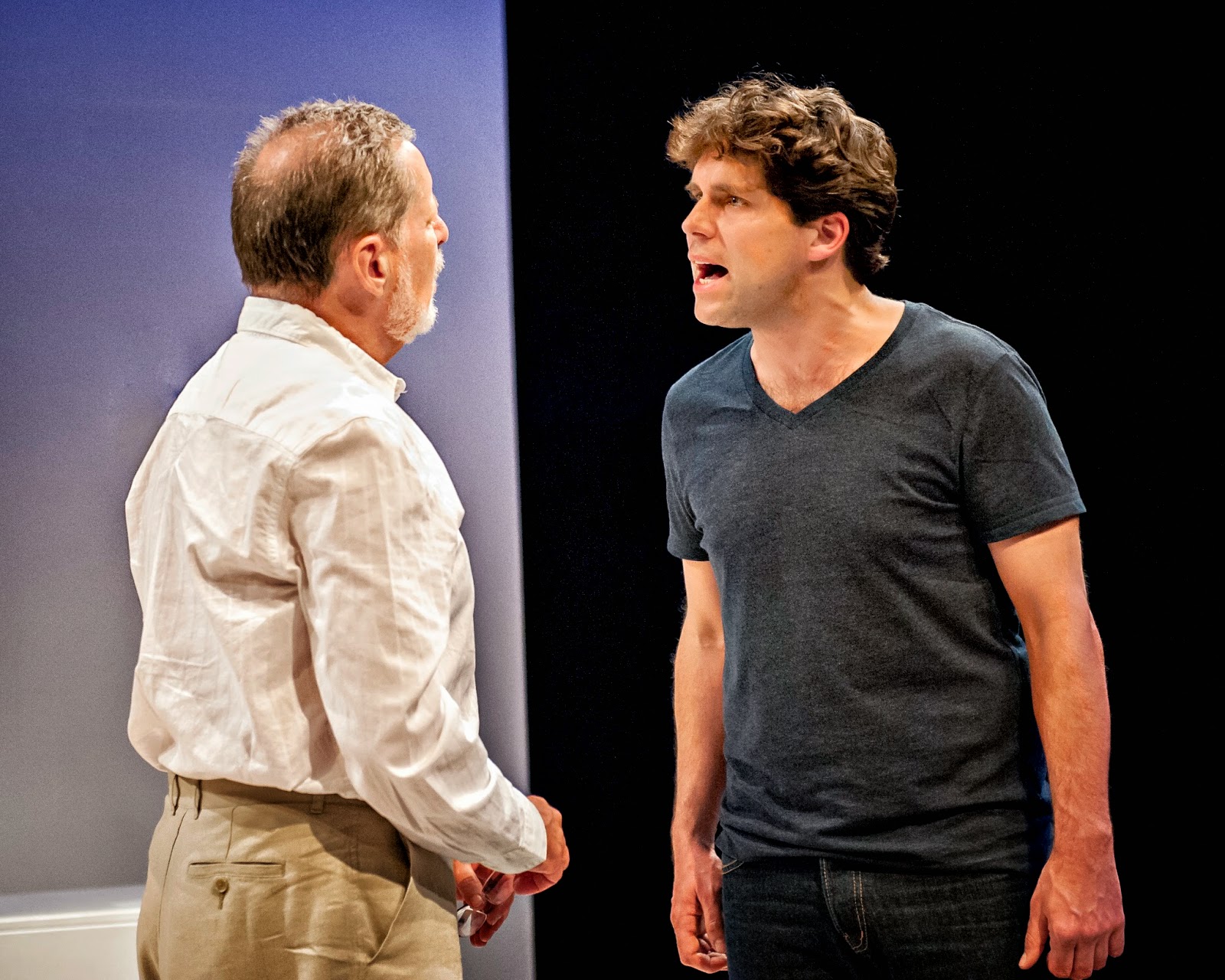 
Some of the best acting was ever seen in such intimate space - the York Theatre Royal's studio is perfect for this play, by George and Niall Costigan.  The diverse range of emotions expressed were movingly felt and shared with the audience.  From the emotional strung son(s) to ending up a philosophical and somewhat calmer character in the end.  The father was initially calm, unassuming and reflective but during the play he became vulnerable, troubled, guilt ridden and a broken soul.  George and Niall Costigan played those characters perfectly and it certainly felt a thought provoking real life scenario was observed first hand.

Gem Greaves's incredible set captured the intimacy of both the father and the son(s) in the space available.  It is felt the audience was part of the play.  Zanna Woodgate's lighting and Michael Lynch's visuals reflected seriously the story's moods in between the father's and sons' debates at different stages.  Credit must specially be given to Juliet Forster and Andy Bewley for their direction of this production.  The props shown on the set gave attentive reminders about the issue of human cloning and ethics.  The fish aquarium suggested a metaphoric link between the identical fishes and cloning and the photograph album could indicate the family life and values which Salter and the sons wished for. 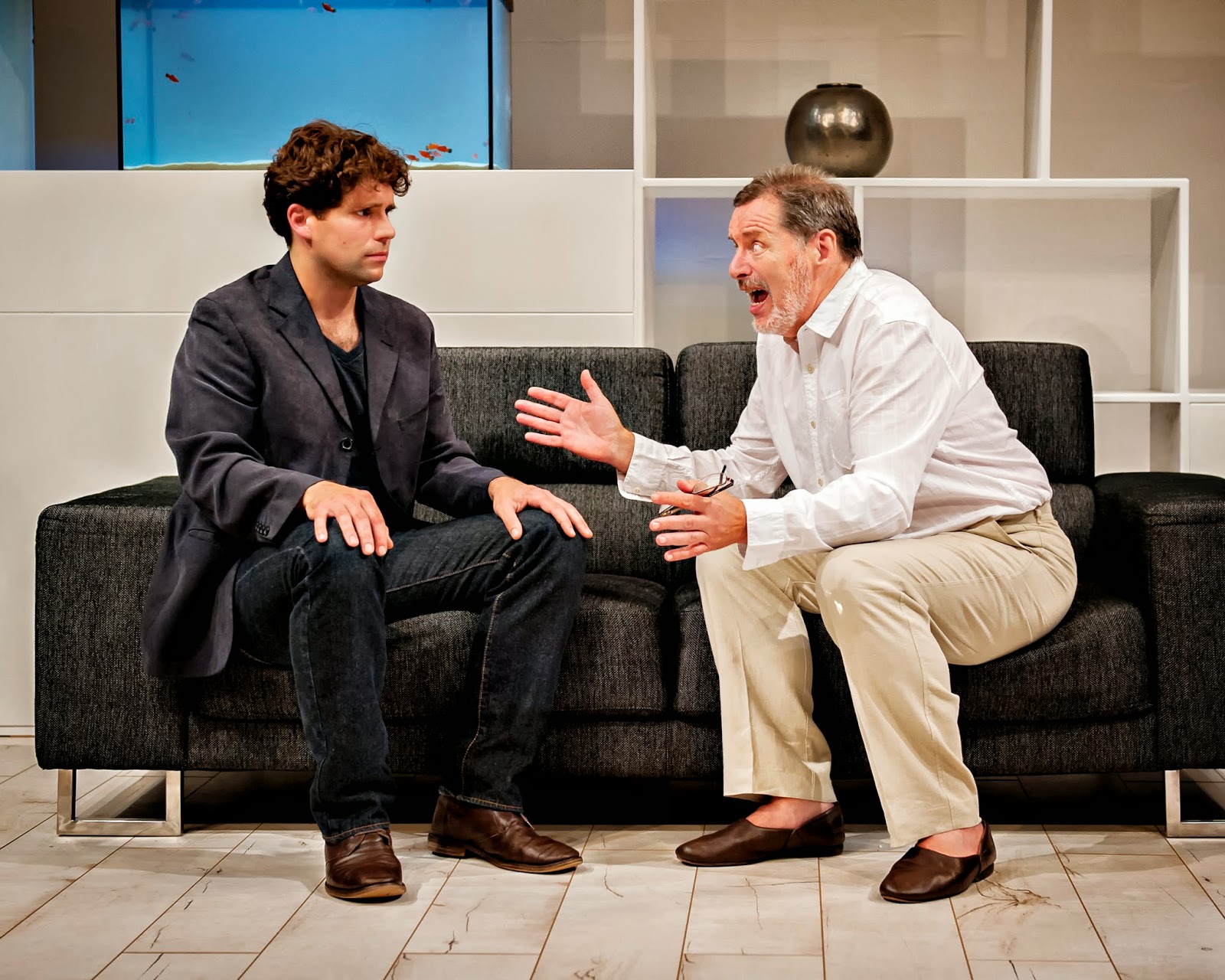 
A Number is more than a number as far as identity is concerned.  Again the play offers no beginning or ending where one can feel about the issues of identity and cloning.  These subjects will continue to be discussed from scientific and ethical perspectives indefinitely now and in the future.  A play highly recommended and everyone is encouraged to see it!  A Number is on at the York Theatre Royal until 24th May 2014.

You can read the interview with George Costigan here