The Crucible, The Old Vic - by Annie (@corieltauviart) 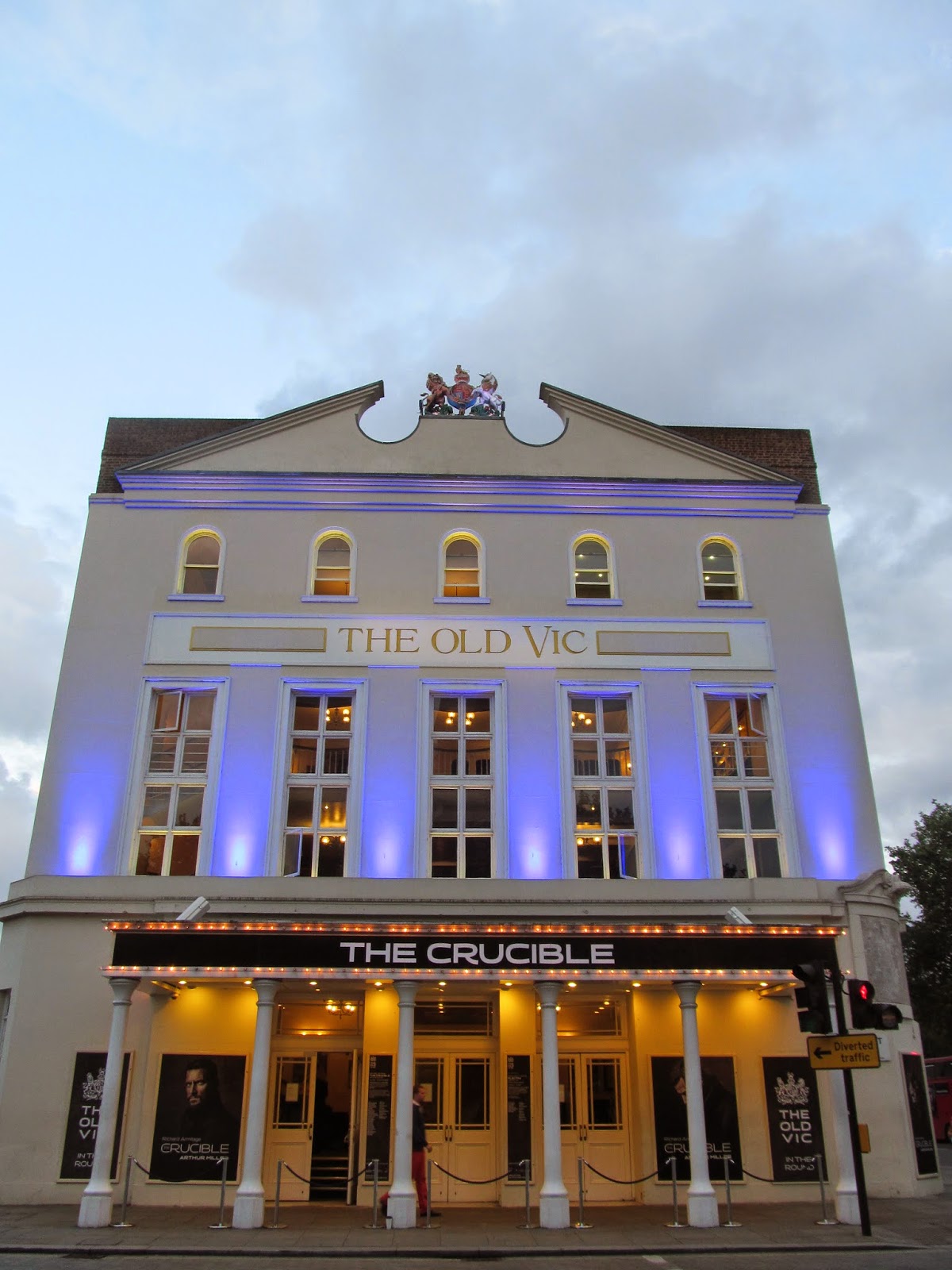 The Crucible at The Old Vic

An intensely dark production by Yaël Farber and The Old Vic. The gloomy darkness and sombre frugality of Soutra Gilmour's set design evokes a sense of impending doom before the play even begins. The  "Theatre in the round " layout brings the audience right into the heart of the production, all attention focused on the stage as audience members surround the stage and appear to form part of the set, sitting observing like witnesses and courtroom jurors as the action unfolds.

Penned over 60 years ago, Arthur Miller's Crucible has lost none of its relevance to the issues in today's society. Originally written as a commentary on McCarthyism in the 1950's  - the movement where American citizens were encouraged by the government in a mass paranoia towards communism and potential communists - this is the story of a community riddled with suspicion, persecution, and injustice underlain by the very human emotions of jealousy, fear, anger and avarice: Salem, infamous for the Witch Trials of the 1690's where neighbour accused neighbour in an atmosphere of terror, paranoia and religious fundamentalism.

A dark, tormented production, the play was a three and a half hour assault on the senses, absorbing and yet disturbingly grim, shocking and ultimately emotionally draining for the audience.

Richard Hammerton's rumbling and menacing soundscape creates an additional tension of ominous noise amongst the raised voices and often shouted dialogue onstage. A nightmare of suspicion and accusation snowballs out of control amongst the poverty and frugality of religious fervour, where the longed-for purity of society is deeply and fundamentally tainted by corruption and the darkest aspects of human nature.

A cast of predominantly tall and physically powerful men tower over the stage and nearby spectators and the seemingly much smaller women, hinting at the apparent supremacy of the male in society, while ultimately the women come to dominate the unfolding story.

Samantha Colley makes an impressive professional stage debut as a powerful and sinister Abigail Williams, the spurned young lover of John Proctor, the central male character of the play. Cold, vengeful, and strong willed, she bullies and manipulates a group of young girls into collective and highly organised hysteria and makes accusations of witchcraft to her own advantage.

Richard Armitage as John Proctor is surprisingly tall and physically intimidating, a strong, conflicted and guilt ridden character who finds reconciliation with  his wife before his ultimate redemption in death and self-sacrifice.

Other notable performances from this talented cast include Adrian Schiller, a convincing Reverend John Hale, the minister who initially advocates the trials but ultimately has a realisation that they are inherently corrupt and unjust proceedings.

Christopher Godwin plays an ignorant, unbending, terrifying Judge John Hathorne; Harry Attwell is a superbly grasping and immoral Thomas Putnam, a real villain, prepared to do anything for his own gain. Natalie Gavin is also notable for her strong portrayal of Mary Warren, the downtrodden servant of the Proctor family.

The disquieting image of a group of teenage girls convulsing in organised frenzy, a malevolent corps de ballet of synchronised movement,voice and swirling hair is just one unsettling scene amongst many.

May I say thanks again to Annie for reviewing The Crucible and tickets can be booked via The Old Vic website. Best booking sooner than later as tickets are very popular!
Posted by Dawn Smallwood at 09:55