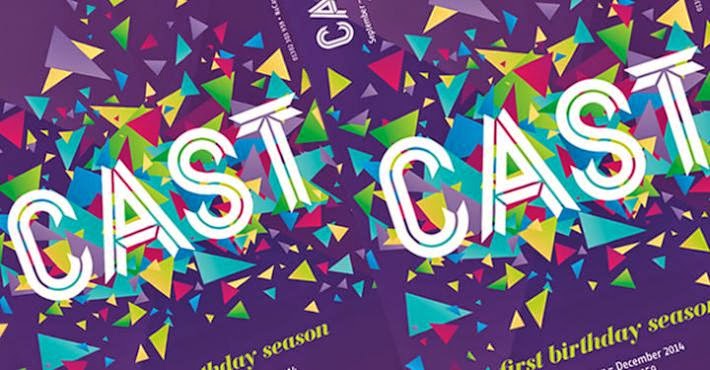 
Doncaster's CAST will turn one next month, September 2014, and there are plans to celebrate their first birthday season.  This beautiful arts venue opened in September 2013 and so far has held 164 performances and attracting nearly 72,000 people.  The positive news recently is that CAST has successfully acquired a funding uplift from Arts Council England which will enable for the theatre organisation to go from strength to strength.  Optimism reigns!

CAST's first birthday season will begin with Right Up Our Street and CAST's locally adapted production of Kes (running from 5th to 13th September) which will be followed by a number of exciting productions from Frantic Assembly and Theatre Royal Plymouth's Othello; Red Ladder's Not Going Back; Imitating The Dog and Duke of Lancaster's Hemingway's A Farewell to Arms and the season will end on a high with 2nd ever pantomime, Aladdin, which is created by Matthew Bugg and Kully Thian, over Christmas and New Year.  These theatrical treats are some of the highlights that will feature in the forthcoming season.

The season has something for everyone and there is no better opportunity to check out CAST and catch a production during its first birthday season.  I personally look forward to supporting the season by experiencing some of its production especially the highly anticipated Kes.