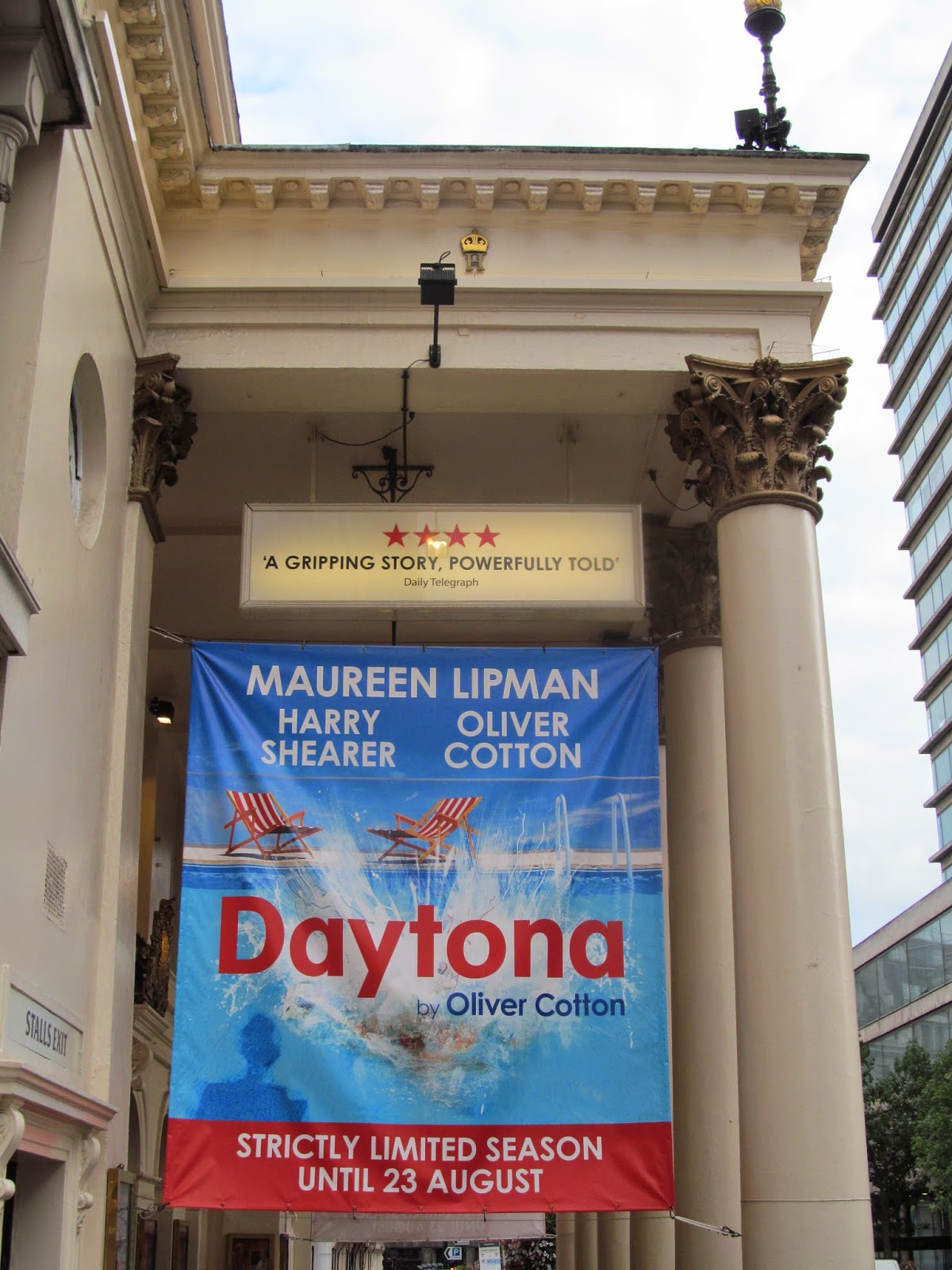 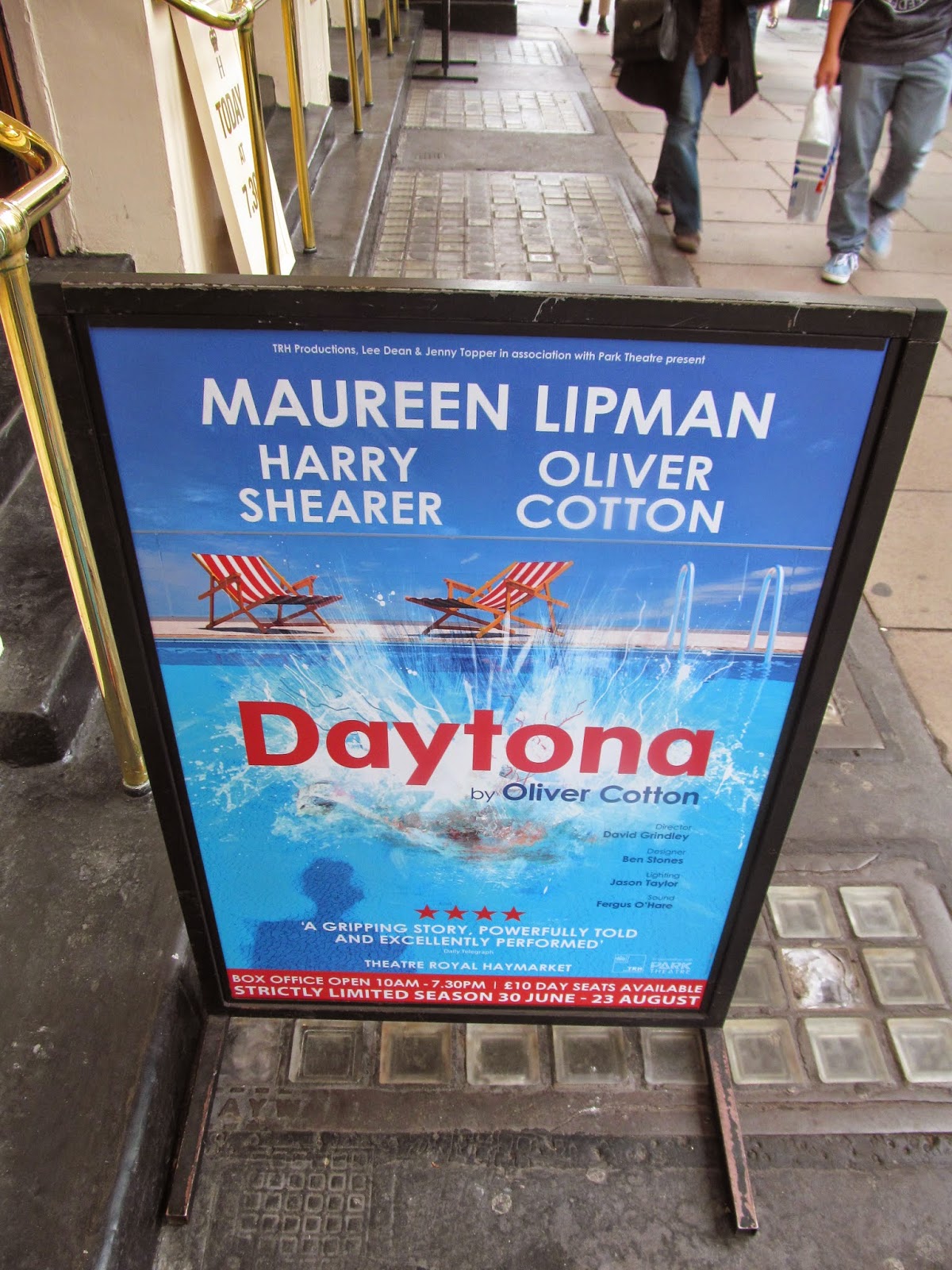 
Daytona is produced jointly by Theatre Royal Haymarket productions, Lee Dean and Jenny Cooper in association with Park Theatre.  Starring Maureen Lipman, Harry Shearer and the writer himself, Oliver Cotton, Daytona is currently on at London's Theatre Royal Haymarket after premiering at London Park Theatre.  Under the direction of David Grindley (Pygmalion and Journey's End) it is set in 1986 in New York where Joe (Harry Shearer) and Elli (Maureen Lipman) have been together for nearly 50 years and share their passion for ballroom dancing.

The plays opens with the couple practicing their dance routines for a forthcoming competition.  It appears the senior couple have endured a lot together but their mutual love and respect have strengthened their relationship and enable for them to have a comfortable life in suburban Brooklyn.  What isn't expected is the sudden arrival of Billy (Oliver Cotton) who is Joe's long-lost brother and hasn't been in contact for 30 years or so.  Billy has a story to tell which changes the initial perception of the play.

Billy keeps the audience gripped and intrigued with his long winded tale from the beginning to the critical event where he met someone in Daytona who has changed his and his family's life forever and the actions that followed.  The events revealed are told mysteriously with some unexpected, poignant and funny moments thrown in especially between the pregnant pauses when Billy is about to 'reveal'.  The first act focuses on the relationship between Billy, whose actions led to the family to disapprove and having no contact from that point forward, and Joe, a semi retired accountant who is anxious of a good night's sleep for an important client he has to meet for the following day.  At the beginning of the second act, one expects there would be the focus on the consequential actions following Billy's revelations.  A sudden twist, however, brings a time when there was a romantic encounter between Elli and Billy.

Daytona explores two stories of three whose past experiences complicate things.  The story isn't as clear cut as one expects but raises the complexity of human nature which Joe and Elli are uncomfortably and painfully reminded of events from the past and are confront with the future's uncertainties. Performed excellently and of an incredible calibere by Maureen Lipman, Alan Shearer and Oliver Cotton, who specially put together an excellent story.  Daytona explores the humane complexities of the past, present and future and guarantees a good evening out in the theatre.