Our Second Visit to the Proms! 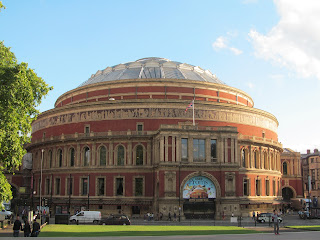 My Dad and I made our trip to Prom 74, the night before the last night of the proms, at the Royal Albert Hall on the 6th September 2013.  I was especially looking forward to it after the great time we had at Prom 10 in July.

I've more or less recovered from my London trip the weekend before and was making my second trip to London in one week!  On our arrival at Kings Cross Station my Dad and I had some food at Nandos nearby and we then caught the No. 10 bus to the Royal Albert Hall. 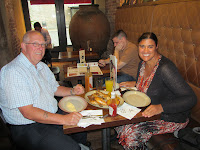 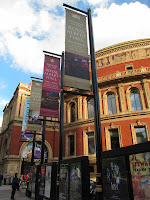 We had some time to have a little wander round before the Prom.  So we visited the Prince Albert Memorial across the road and took some pictures.  After having a quick coffee we made our way to our seats in the circle. 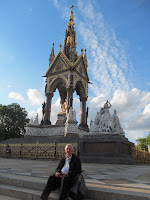 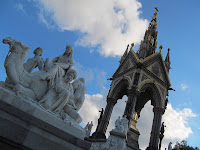 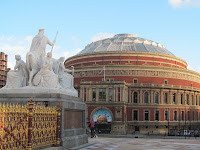 The first part of the Prom featured music from Bach and was played by Klaus Sonnleitner, an organist at St Florain's Abbey in Austria.  Listening to Bach was a unique experience and very different to the classical musical I usually listen to.  Cantata and the Chorale pieces Sonnleitner played were connected to religious and spiritual expressions.  Bach developed these as hymns for the Lutheran services at the time.

I've heard this piece at past concerts and recordings.  This piece of work was considered advanced by organists when Mendelssohn played it in 1832.  From that point forward it brought Bach organ works to attention by international organists.  Now Bach, without him ever knowing, is now renowned for his famous organ works. 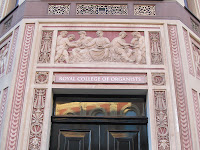 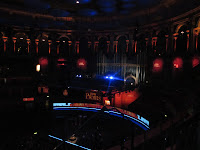 Bruckner:
Symphony No. 8 in C Minor

The second part of the evening Prom was played by the Vienna Philharmonic Orchestra and conducted by Lorin Maazal.  We listened to the revised Bruckner's Symphony No. 8 in E Minor which is split up in four parts.  The piece is known as 'Cathedral in Sounds' with its dramatic and diverse musical sounds which covers sad and sombre issues which Bruckner personally experienced.

It's interesting to note, looking through the programme, that Bruckner was influenced by Bach's organ works at St Florain Abbey.  The influence shaped his musical composition and his organ works in years to come.  This led to Bruckner being buried under the St Florain's organ. It links nicely to the Proms we saw and that the evening's organist is from the same place!

In all it was a great prom despite me making a complaint to the usher about a lady in front of us constantly texting on her mobile phone during the first half!


My Dad and I enjoyed our proms experience in 2013.  We look forward to seeing more proms next year.  I hope I can be lucky one year to be at the last night of the proms in person! I've been unsuccessful applying for lottery tickets for the past couple of years.  It's good to be in London again and looking forward to returning next month!