I thought it would be good to share my honest thoughts about musicals even if I prefer fringe theatre, drama, opera and dance productions nowadays!  I adopted this self Q&A from a fellow theatre acquaintance, Kat Caunter who adopted it from Charlie Reynolds.

What is the first musical you ever saw?

I've seen various musicals on TV including Sound of Music, Chitty Chitty Bang Bang, Grease and so forth.  My first 'big' musical I saw was The Phantom of the Opera and seeing this musical gave me a very big love the theatre and arts!

What was your favourite musical growing up? 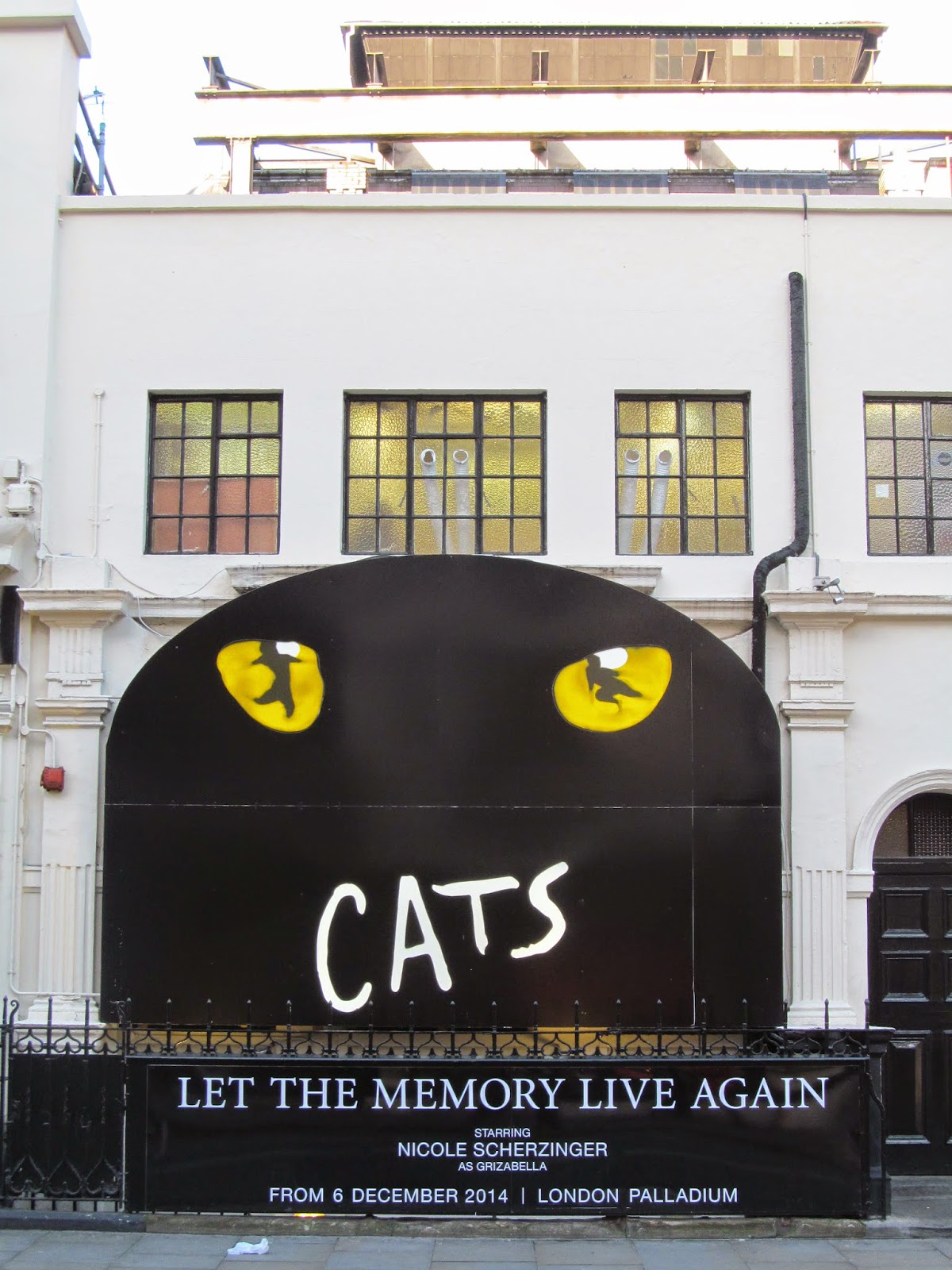 Well I loved the music to CATS! It was the musical I had the biggest desire to see! It wasn't until I was in my 20s when I finally got to see the show for the first time! Worth the wait!

What was the first musical you ever saw in the West End?

If you could be any male/female character in a musical who would you be and why?

I don't have anything to say about that!

Who's your favourite actor/actress?

I usually focus on the musicals much more than who's in it! So I like many especially who make my visit to the show enjoyable!  Recently I especially enjoyed Sophia Ravagelas as Grizabella in CATS at the London Palladium and always will make time for Jon Jon Briones as Miss Saigon's Engineer.

What is your favourite film adaptation of a musical?

What do you think is the most underrated musical?

From Here to Eternity.  Never understood why it closed in the West End sooner than planned!

What do you think are the most overrated musicals?

Certainly The Phantom of the Opera, Les Miserables and Wicked! I can tolerate Phantom because I have a big love for the show even if it has been strained lately for various reasons; I don't really care much for Les Miserables, great musical score but I do get bored with some of the scenes! As for Wicked, I always enjoy the show, do feel for Elphaba, but I'm not in a rush to return to see it again and boy the fandom (I'd say the same for Phantom and Les Miserables) is rather a bit too much for me.  It simply ain't me!

What musical made you cry?

What musical made you laugh?

Many do and it's hard to think of just one.

Are there any musicals you saw and hate?

I wouldn't say hate but I now have no desire to see Les Miserables again on stage! I didn't enjoy The Bodyguard and weren't moved with a number of junk box musicals that are playing or had played in the West End.  Though I haven't seen them I don't want to see Book of Mormon, Rock of Ages and We Will Rock You - they simply don't appeal to me and I know that the tickets will be wasted on me!

What musicals do you want to see as a film?

I don't know.  I guess we will have to wait and see!

What musicals are you dying to see?

What is your all-time favourite musical? 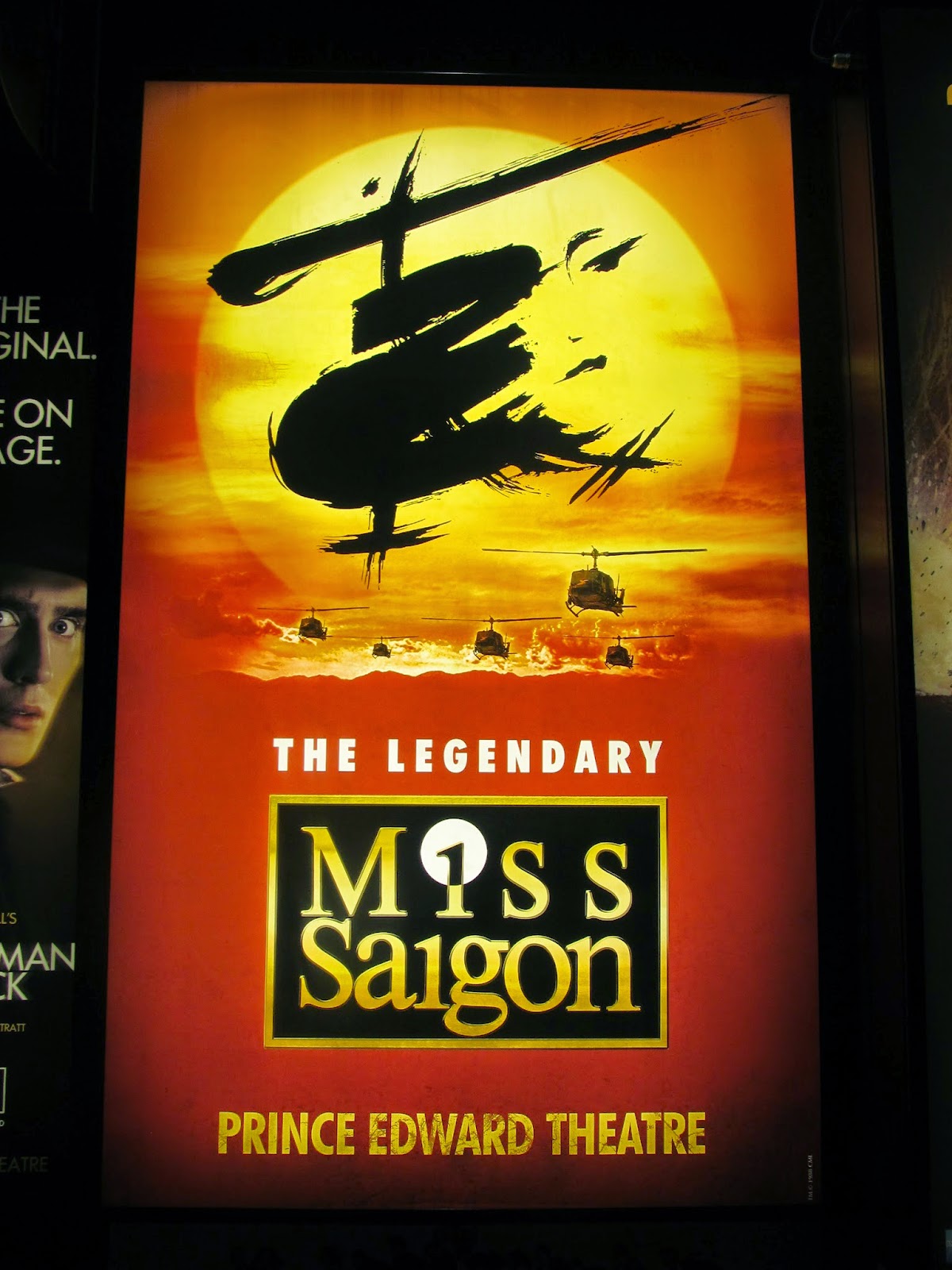 Now I want to focus more on local theatre, fringe, dance productions and plays from now on!