The Curing Room by Sister Morticia


Sister Morticia has kindly agreed to review The Curing Room which previewed at London's Pleasance Theatre and next will be at the Edinburgh Fringe Festival during August. 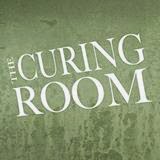 The Curing Room previewing at the Pleasance Theatre before going to the Edinburgh Fringe is certainly not an easy play to watch...but it doesn't pretend to be.

The stage is an empty black rake with a single metal drain in the middle, onto which are pushed six naked men with one already there lying asleep or dead.  These men are Polish soldiers, imprisoned in this cellar by the Russian army who have captured the area. They have been stripped of their clothes as a degradation, to remove their dignity, their status and so they have been left in the dark, empty cellar beneath a monastery with an iron door to prevent escape.

As soldiers they cling to rank. Captain Victor Nikolov (Rupert Elmes) is their commanding officer – a man who seems too young for his position, out of his depth, a public schoolboy type who believes strongly in honour and order.  His hand is bleeding profusely where the Russians ripped his wedding ring from him, as they had from all the married soldiers in the troop. He is a kind man, a just man, an officer who needs his men to look up to him so must stand firm in his beliefs and set an example for the lower ranks. He is ashamed to be naked before his men, but cannot be seen to show this weakness. His men must endure the indignity, he can endure. He is an officer.

Then there is Senior-Lieutenant Sasha Ehrenberg. A man of courage and honour, and deeply spiritual. He is a soldier who has fought many battles and has put his faith in his God. He wishes he could hear the songs that the monks would have sung in the monastery above them. He misses his wife, his daughters, his home, but he is a strong man.  He fights for his beliefs, he fights for his comrades. Harvey Robinson gives an incredible performance as a man who is complex, but just and CANNOT shy away from making the hardest of decisions when the most impossible choices need to be made.

Junior-Lieutenant Leonid Drossov is a brutal man – a powerhouse of a soldier. He has won his nickname “Animal Killer” through the nastiest of actions, but he wears it proudly and dares any man to go against him. He knows he's stronger than his Captain, both physically and mentally, and he burns to show that strength and authority.  He's no grunt of a soldier, just there for the violence, he has the instincts of a man who has survived a gruelling career in the forces and he doesn't suffer fools or weakness. His posture dares any of the others to take him on or cross him. An extremely strong and physical performance by Will Bowden.

John Hoye is Private Nils Sukeruk – a lifelong soldier who has fought wars and conflicts and is grizzled from battle.  Here is this room he is missing his 'little wife', who waited to marry him and is now so far away. He is not a leader,he is content to follow orders – but in this place the orders have become obscene to the point of inhuman and he wishes to retain his humanity.

The man that was found already in the cellar is Lieutenant Vasilii Kozlov, already known to Sasha from home before the war. A confirmed and vocal atheist, when the others cry to God for help, he bluntly reminds them that their God does not exist and will not help them. He is a man who doubts everything and trusts no one. He is played by Marlon Solomon as someone who is cunning enough to try to save himself in every situation but still thinks about his beloved young son at home and cries that he may never see him grow up.

Then there is young Private Georgi Poleko – the self-confessed ladies man with a girl in every village, proud of his prowess, a farm boy and a welcome clown to all his friends.  He's afraid of nothing in the war and fiercely patriotic. Matt Houston plays him perfectly as the squaddie with the jokes, the one who gets the girls, envy of his mates and protector of his friend, Private Yura Yegerov.  Yura is a little 'slow', not understanding the world of men and war but eager to do as his is bid by his friends. “Is this a game?” he asks, as another horror unfolds before them.  “Yes, Yuri, it's a game...” says Georgi, trying to hide from him a truth he must not comprehend. Thomas Holloway plays Yuri beautifully.  A child in the body of young man, relying on that innocence to bring out the protective instincts of a group of men who cannot afford that mercy.  It is Yura who finds a bat in the cellar with them,and with childlike delight, names her and gets all the others to call her Basia. It is heartbreaking to watch the changes that this horrific situation bring about in a boy who cannot understand the implications of what his happening around him.

The men realise that this cellar is a curing room, where meat was cured and as the days slowly pass, they can only lick dew from the stones for moisture but the hunger begins to break them down and they start to see that there is only one possible way of survival.

The true horror of the play is the situation where we are watching characters we have come to know actually having to decide that some must die so that others can potentially live, and how this choice can be made.  The Captain must make an order to exonerate any survivors from guilt should rescue come, and this is a decision that he is completely unprepared to make. Nothing in his life has equipped him to deal with this...but he must.  It is the aftermaths of deaths, recriminations, beliefs and reactions that make this production so powerful and it clearly shows the difference between nakedness and nudity. It is the nakedness of vulnerability and stripped down humanity as we watch the characters wrestle their own demons and each other as they fight to somehow live, keep their sanity and hold onto the fragile hope that rescue could come. Character traits are starkly lit in the isolation, and personal battles revealed as tiny slights and disagreements blow up into full scale war in this  claustrophobic prison, although the show has a deep vein of gallows humour running through the script.

Last night the entire audience were transfixed in almost absolute silence throughout the play – no whispering, no talking, no papers rustling, not a phone beeping, just totally mesmerised by the characters.  A woman next to me was covering her eyes at the horror of violence committed and bones being sharpened.  An intense and very thought provoking production. I did feel sorry that the actors were robbed of some well deserved applause by a power cut in the auditorium as they were due their curtain call, but they came on in the dark nevertheless and took the cheers of the shell shocked audience.