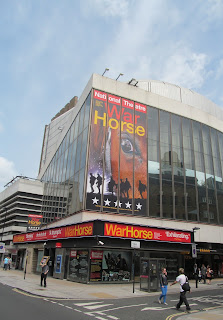 I saw this amazing production for the very first time in August 2011 in London.  Since then I've read the book a few times; seen the movie; saw War Horse in concert with a reading from Michael Morpurgo! And also booked a ticket for the forthcoming UK tour at Bradford's Alhambra Theatre next year.

Before seeing Saturday's matinee, I went to the National Theatre's Platform Event: Inside the House at the New London Theatre.  Jimmy Grimes, War Horse's puppetry assistant, presented the session and we learnt about the puppeteering of horses and how these work on stage.  It was such an enjoyable and informative event where there was plenty of interaction between the presenter, puppeteers and the audience.  I highly recommend the event and the next one is schedule in August 2013.  Future dates and further information can be obtained from the website. 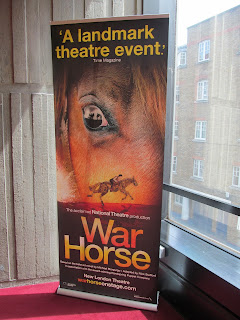 I had a leisurely lunch at the nearby Pret a Manger and then returned to the New London Theatre for the matinee performance of War Horse.  Despite battling a cold I was again moved by the amazing Nick Stafford's adaptation and the emotive journey of the relationship between Arthur and Joey before, during and after the First World War.  The drama never ceases to amaze me and I now appreciate more the story's context.  A big thanks to the exceptional cast and creative team.  Further information on the production is available on the website. 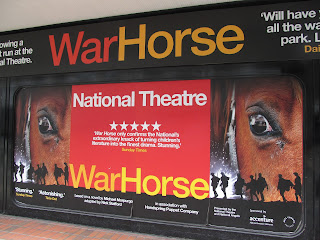