Tide and Time (Written on behalf of The Reviews Hub) 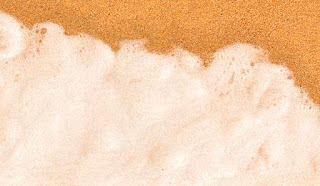 Carriageworks Young Theatre Makers write plays based on personal life experiences and their creatively is certainly encouraged.  Under the direction of professional theatre director Ruth Cooper, the young group have created Time and Tide after being inspired by Albert Einstein’s assertion that: “The only reason for time, is so that everything doesn’t happen at once.”
The story takes place when Abi (Alison Martin) and her friends go on a school trip to the coast.  On discovery of a watch, unexpected activities happen, including time travel and time disruption in front of their eyes.   There are numerous flashbacks from the past and flash-forwards into the future; including a family visit to the coast during World War II and pupils downloading information from technological glasses on a school trip.  These events happen at the very same spot following a discovery of the same item and at a similar time.  They are reminded that time moves on, before and after one’s existence, and universal activity happens at the same time without one’s awareness or control.
It encourages the audience to really think about the concept of time and its measurement with the pocket watch, the key object, questioning such.  The production is staged simply and intimately with effective lighting and thoughtfully chosen musical accompaniment is played between the scenes.
Time and Tide is a well planned and thought-out production of around 35 minutes.  The play may be a short one; however it addresses the theme on stage and is delivered by a talented and enthusiastic cast of 20 youngsters.  Their next production is War Letters next month at the same theatre.