Square Chapel offers its regular Friday morning film screenings (part of the Arts and Biscuits programme).  Not only the tickets are reasonably priced put includes complimentary coffee or tea and biscuits.

Suffragette was the chosen film screened.  Starring Carey Mulligan, Helena Bonham Carter and Meryl Streep; this film, part of the International Women Day Celebrations.  This remind us the Suffragette movement and the fight for women's votes.

Their noticed cause didn't see eye to eye by the male dominated society at the time. Women enduringly lived in what was more or less a man's world, socially and legally at least, and expected to behave 'genteel'.  Not to mention the subject of abuse they suffered too.

Following decades of campaigning peacefully, led by Emmeline Pankhurst  (Meryl Streep), they had no choice other than intensifying the fight.  It featured Maud Watt's (Carey Mulligan) journey; a young mother who subsequently became a Suffragette and gave up a lot so that future generations can have the rights and freedom.

Suffragette is an excellent, moving and powerful portrayal of a movement which shaped women's rights today.  Many women around the world today are fighting a parallel movement similar to the Suffragettes.  One can hope for the positive outcomes from the causes now and in the future.  Although women's rights have positively moved forward still there is a lot of work to be done worldwide.

Arts and Biscuits Programme is an exciting programme at the Square Chapel.  The screening was certainly well attended, evidently from seeing many people in the auditorium. The Imperial Hotel, adjacent to the venue, offers value for money lunch for ticket holders. The delicious food makes it all worth while!

There are other events planned at Square Chapel celebrating International Women Day on 8th March 2016. 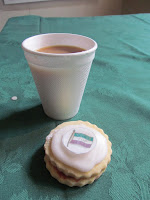 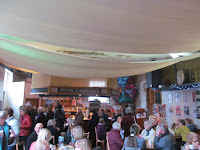