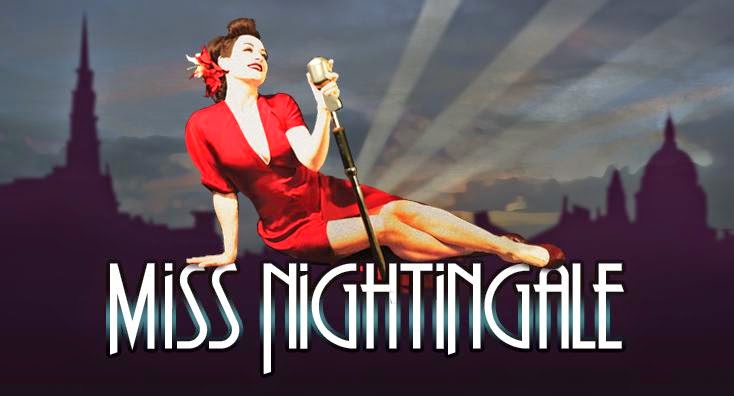 
Matthew Bugg's Miss Nightingale is the perfect musical to be housed in a traditional musical hall in no other than Leeds City Varieties! This nostalgic musical is set in London, 1942, at the height of World War II.  The story is about Maggie Brown's (Jill Cardo) and her musical companion, George Nowodny's (Harry Walker) journey to pursue a big break on stage and developments from that point forward.

While Maggie is determined to succeed with her 'Let Me Play Your Pipe', first musical number, George yearns for Berlin and its hey days with its unique arts scene and its freedom. before Hitler came to power in 1933.  He reminisced those times in 'Meine Liebe Berlin' and the song reiterated his determination to replicate those times on stage.  Significantly, George and Sir Frank Worthington-Blythe (Tomm Coles) found a kindred spirit and began a relationship. 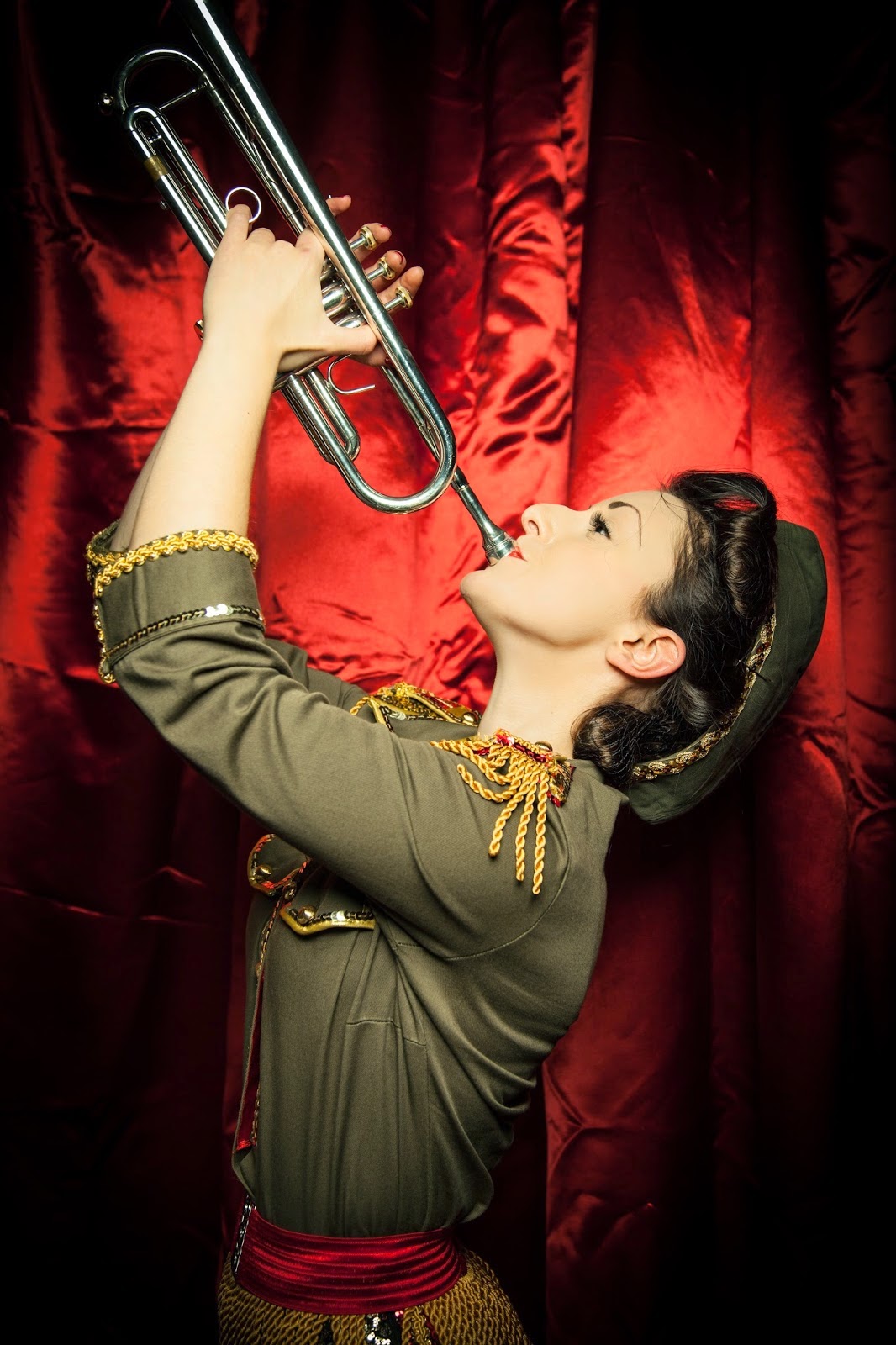 
The musical raised a number of issues especially sexuality.  The musical explores George's and Frank's relationship and what lengths they had to go through to keep it underground from the public.  Being gay was illegal until 1967 and homosexuality, it seemed, was viewed in the same light as 'the enemy within'.  The media's persecution and its propaganda reported arrests such as the high profile story of 20 men in Wales being prosecuted in 1942 for 'gross indecency'.  A lot has been moved on in this country since its legislation and with its recent introduction of gay marriages.  Sadly, there is the stark reminder how sexuality is still suppressed in a number of countries around the world and how members of the gay and lesbian communities worldwide are subject to social exclusion and stigma and in countries where it's illegal, imprisonment and a criminal record affecting their freedom in society upon eventual release.   The beautiful songs, 'Mister Nightingale' and 'Waiting' composed by Matthew Bugg and sung by Harry Walker (George) and Tomm Coles (Frank) signified their love and hopes.

Miss Nightingale can be known as 'a play within a play'.  During World War II, the theatre played a vital role to everyone especially the troops.  Music Halls were specially popular venues to housing burlesque, raunchy, slapstick and comedic entertainment.  Certainly an escapism and a boost to one's morale for an evening.  Some of Miss Nightingale's show stopping hits, 'The Pussy Song', 'Piano Man', 'The Sausage Song' and others with its innuendos guaranteed full interaction and applauses from the evening's audiences.  Women, just like Maggie, played their role supporting the war effort by 'looking lovely'.

Wars complicate people lives and lives of Maggie, George and Frank were no exception.  The story is full of emotional twists, scandals, cover ups and bribes.  To safeguard their relationship. George and Frank were subject to emotional black mail perpetrated by Tom Fuller (Adam Langstaff) as the risk of being caught was very grave.  Maggie, George and Frank faced mental and emotional challenges when they had to conform to 'cover ups' and scandals in order to appear 'acceptable' in society at the time. George, however, showed some resistance from his inner beliefs singing 'I'll Sing For No One But Myself' and a collective finale 'Someone Else's Song' with their hopes for the future, 'Call To Arms'. Life it seems is never clear cut and not black or life as one had to do what was necessary for social survival especially in war times. 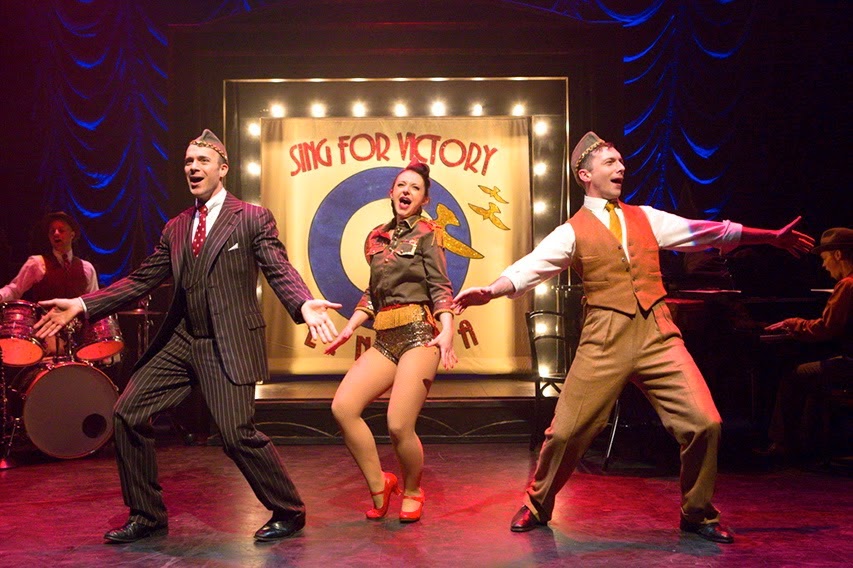 
The multi-talented cast represented the orchestra.  It's incredible see them not just acting, singing and dancing but also playing musical instruments!  In the background Matthew Bugg, musical director, played a variety of instruments during the show which demonstrates his incredible musical talent.  The cast of Jill Cardo, Harry Waller, Tomm Coles, Adam Langstaff, Matthew Bugg and Tobias Oliver rose above to keep the spirit of Miss Nightingale alive in war time London.  The cast had the full support of is creative team including Peter Rowe (Also directed Three Penny Opera at the West Yorkshire Playhouse); Carla Goodman (Designer); David Phillips (Lighting Designer); Robb Mookhoek (Stage Manager) and Charlotte Armitage (Costumes which Matthew Bugg has an involvement with).

A fantastic evening with Miss Nightingale! There's something for someone in this burlesque musical with shares stories of expression, love, hope, courage and survival.  The UK Touring production is touring at present. Information including booking of tickets can be found here .  Please check out the recent interview with Matthew Bugg.