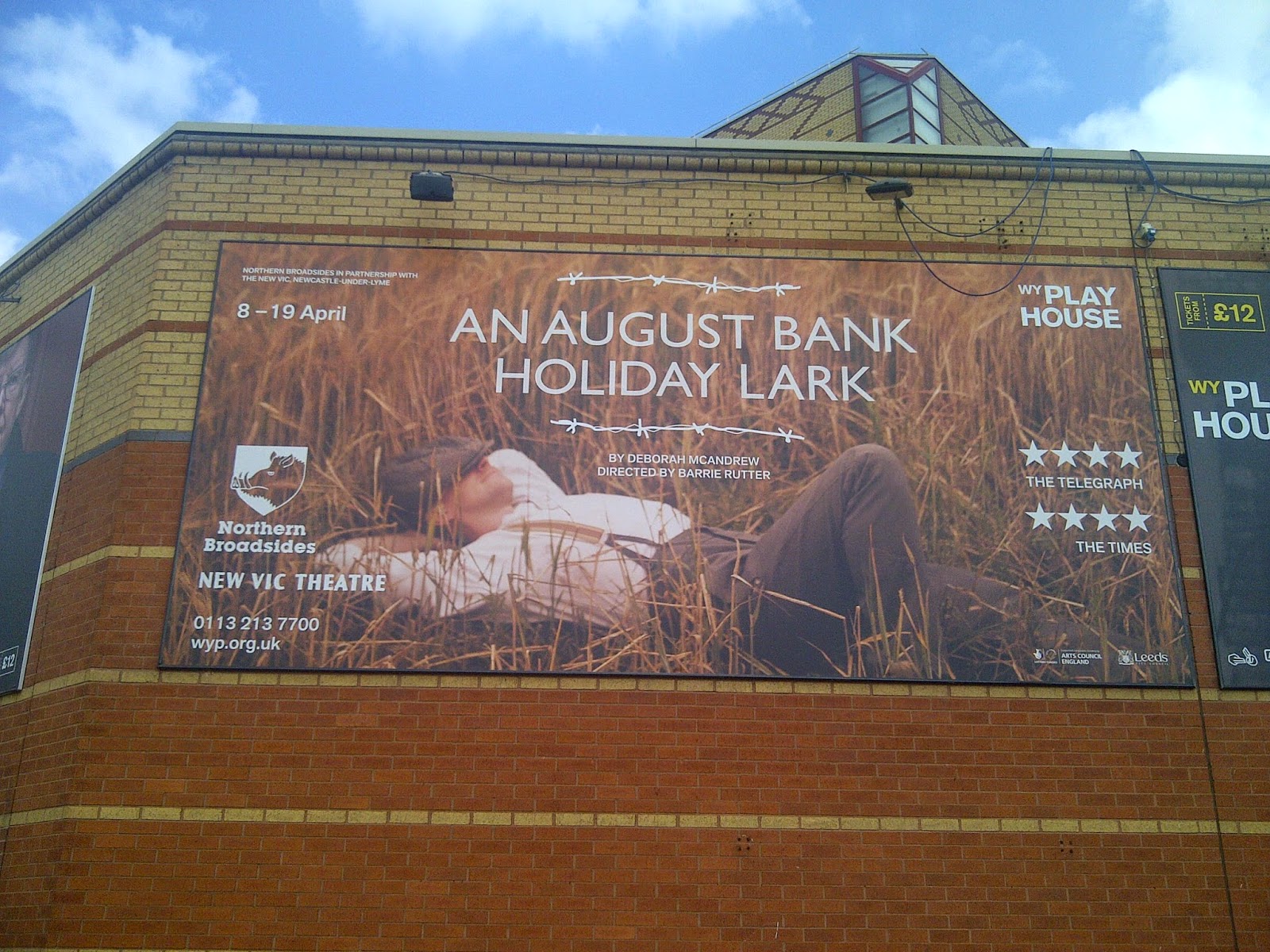 I recently saw An August Bank Holiday Lark at the West Yorkshire Playhouse in Leeds,  Written by Deborah McAndrew and directed by Barrie Rutter.  The New Vic Theatre and Northern Broadsides production is currently touring the UK and it was premiered in February at the New VicTheatre in Staffordshire.

The story is about a Lancashire village community celebrating Rushbearing in August 1914.  Rushbearing is part of the rural deep traditions in Lancashire and Yorkshire which links to the communities.  It's an opportunity for communities to celebrate and take pride in village traditions and values.  The year of 1914, however, is no ordinary year, with World War I looming as well as threats of increased globalisation and advanced industrial and engineering technology.  The Rushbearing is usually tied in Wakes Week though John Farrer (Squire) (Barrie Rutter) commented about people now going to the coast instead of staying in the village to celebrate.  This suggests the arrival of the railways which have made travel possible unlike before.  Many of the rushcart lads and mill workers are having to make the difficult decision to enlist in the army - known as 'an August Bank Holiday Lark'.

The play primarily focuses on the village's livelihood and all the characters narrated their stories.  There is John Farrer (Barrie Rutter) and his family; daugther, Mary (Emily Butterfield) and sons, Edward (Jack Quarton) and William (Ben Burman).  Also Mary's husband, Frank Armitage (Darren Kuppan).  I loved how Deborah McAndrew used Philip Larkin's poem, MCMXIV, to write her play focusing on the humanity in the face of unforseeable circumstances.  This is in remembrance of World War I and how the war had an impact on all members of all communities forever just like in this play.

Conrad Nelson's music and choreography kept the spirit of the Rushbearing festival alive with celebration.  The staging and lighting designs by Lisa Evans and Mark Howland respectively complimented the play's setting and its moods.

Further information and tickets can be booked via this website.