A Night of Many Voices - Under Milk Wood 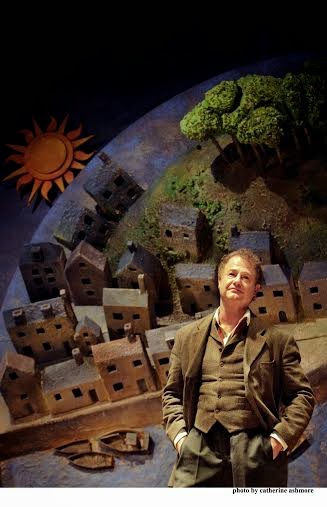 The production is not structured like a play but rather focuses on Thomas's poem and relives his 'music of his poem' with voices (Clwyd Theatr, 2014).  The poem is set in an imaginary Welsh village, Llaregyb, parallel to a similar village where Thomas grew up in.  The audience is invited to spend 24 hours observing fellow villagers who are going about their daily lives from evening of the previous day until the following one.

Guided and narrated first voice, Owen Teal (known as Ser Alliser Throne in Games of Thrones), Blind Captain Cat, Ifan Huw Dafydd (BAFTA Cymru award winner); and second voice, Christian Patterson (starred in ITV's Mr Selfridge).  The three of them introduced the number of characters who kept the spirit of the village alive by sharing their dreams and stories and  audience are kept informed. 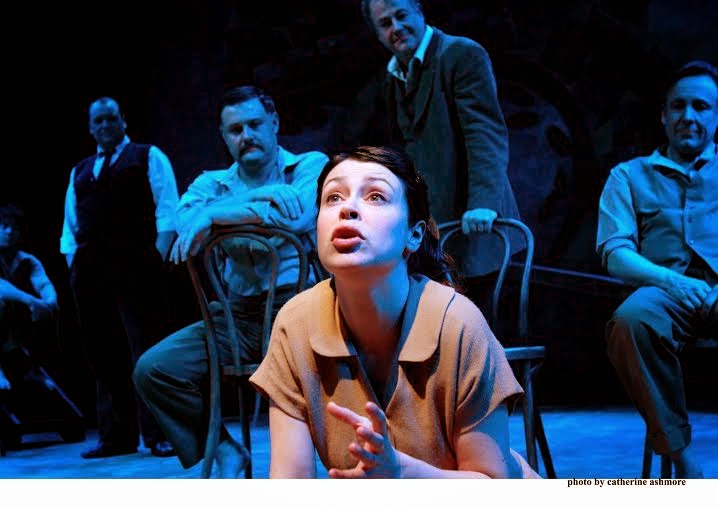 "From where you are, you can hear their dreams"
- Under Milk Wood, Dylan Thomas


Terry Hand's direction ensured the production highlights Thomas's rich poetic usage.  The dense use of visual imagery through its metaphoric descriptions of Llaregyb. Alliteration featured represents the aural imagery with its choices of words describing the village's life and livelihoods.  Adjectives, verbs and adverbs describe the village's moods and characters' inner feelings.  Double barrel words were chosen for colourful descriptions along with the consistent syllables in most of the long packed sentences and use of onomatopoeia was some of the poetic highlights. Welsh lilt and its slang consolidated the small village's life.  The poem had something for everything whether its the characters or an audience member.  Some of the songs sung were familiar, nursery rhymes, such as 'Polly, Put The Kettle On' and 'Rock A Bye Baby'.

A realistic glimpse of village life shared from Captain Cat (Ifan Huw Dafydd) sharing his poignant past memories at sea to Evans the Death (Kai Owen and starred in Torchwood) who dreams of is childhood. The villagers dreams and stories demonstrate a close knit community - villages, especially nearby industry activity output, were isolated from the main towns. This meant the villages had to be self sufficient.  Much as Thomas wanted to leave his village to pursue his writing career and his place in the parts, he must have taken pride of village life and how 'the music of the poems' raised themes of lost innocence, nostalgia of childhood and poignancy, death (Clwyd Theatre, 2014).

A must see production which unites poetry and creative writing.  The poem demonstrates the incredible talent Dylan Thomas had and the production company ensured his talent continues to shine from beginning to the end.  Affirming Thomas as an ambassador for modern literature and a 'speaker of poetry' (Clwyd Theatre, 2014) .  Further information including booking of tickets can be found via its official website.