I learnt a lot more about the 1984-85 struggles in this moving documentary film than what I'd seen and heard during the actual strike! 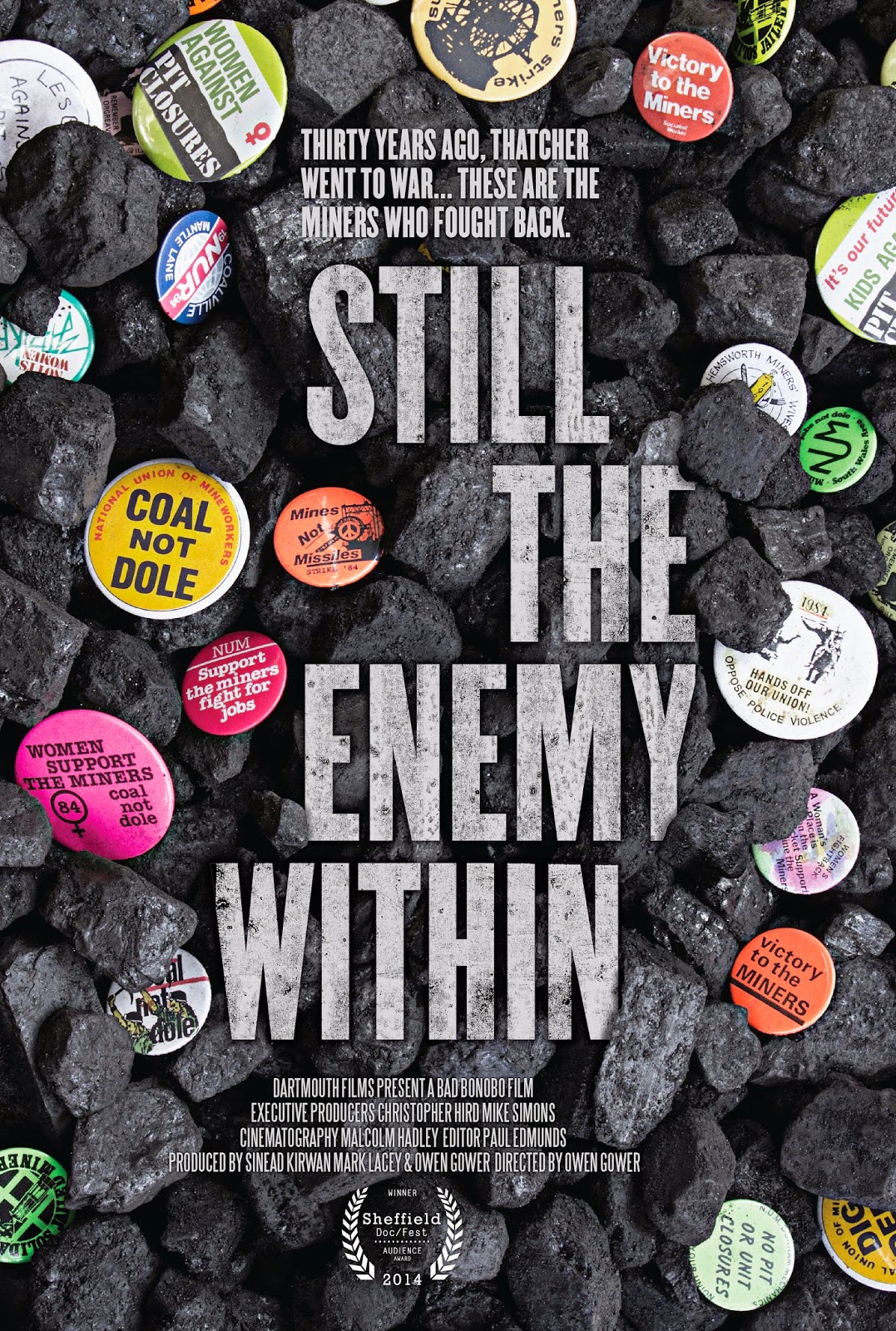 
Still An Enemy Within, by Owen Gower, Sinead Kirwan and Mark Lacey, is currently being presented at many venues nationwide.  This award winning documentary film is about personal struggles during the 1985-85 miners strike.  Personal accounts are shared from some who lived and were actively involved during that time.

In 1984 the Conservative Government then threatened to close a number of coal mines and targeted the trade unions especially the National Union of Mine Workers, the strongest one at the time.  The Government believed the proposals would benefit economically however it was strongly argued by many that it would have a negative impact on the industry and significantly the tight knit communities and the livelihoods.

Around 160,000 coal miners took action and fought collectively against what the Government had thrown at them.  They bravely endured direct and indirect persecution, hardships and alienation from those in power especially when many found themselves confronted by the Police.  Only for the majority of the media to have pictured the miners as villains and the Police as heroes from the rhetoric reporting!

Honest moving accounts from Norman Strike, Paul Symonds, Joyce Shepherd and others.  Their experiences no doubt were life changing and many of them are still politically active today.  They continue fighting for the common good the social and political issues that challenge every day people.  Like in a similar vein to the miners who fought over 30 years ago.

One may assume in 1985 the miners may appear to have lost the political battle when the strike ended.  But no, the solidarity and the admirable connection with many communities, particularly the LGBT communities, gained momentous respect.  This admirably fuels the optimism to continue fighting for what is right from then on.  The political and social landscape has changed since but the battle isn't lost and the spirit fights on for a brighter future.

Red Ladder Theatre quotes 'Ordinary people who lead extraordinary lives' (We're Not Going Back, 2014) which is evident from those who shared their first hand experiences of the strike.  It is important for many not to just rely on accounts from the politicians, elite players and specialists. There are at least two sides to the story! It is refreshing to see an event in a different perspective movingly shared by those who were at the forefront.

A documentary not to be missed! Further information about the documentary can be found here.
Posted by Dawn Smallwood at 14:08