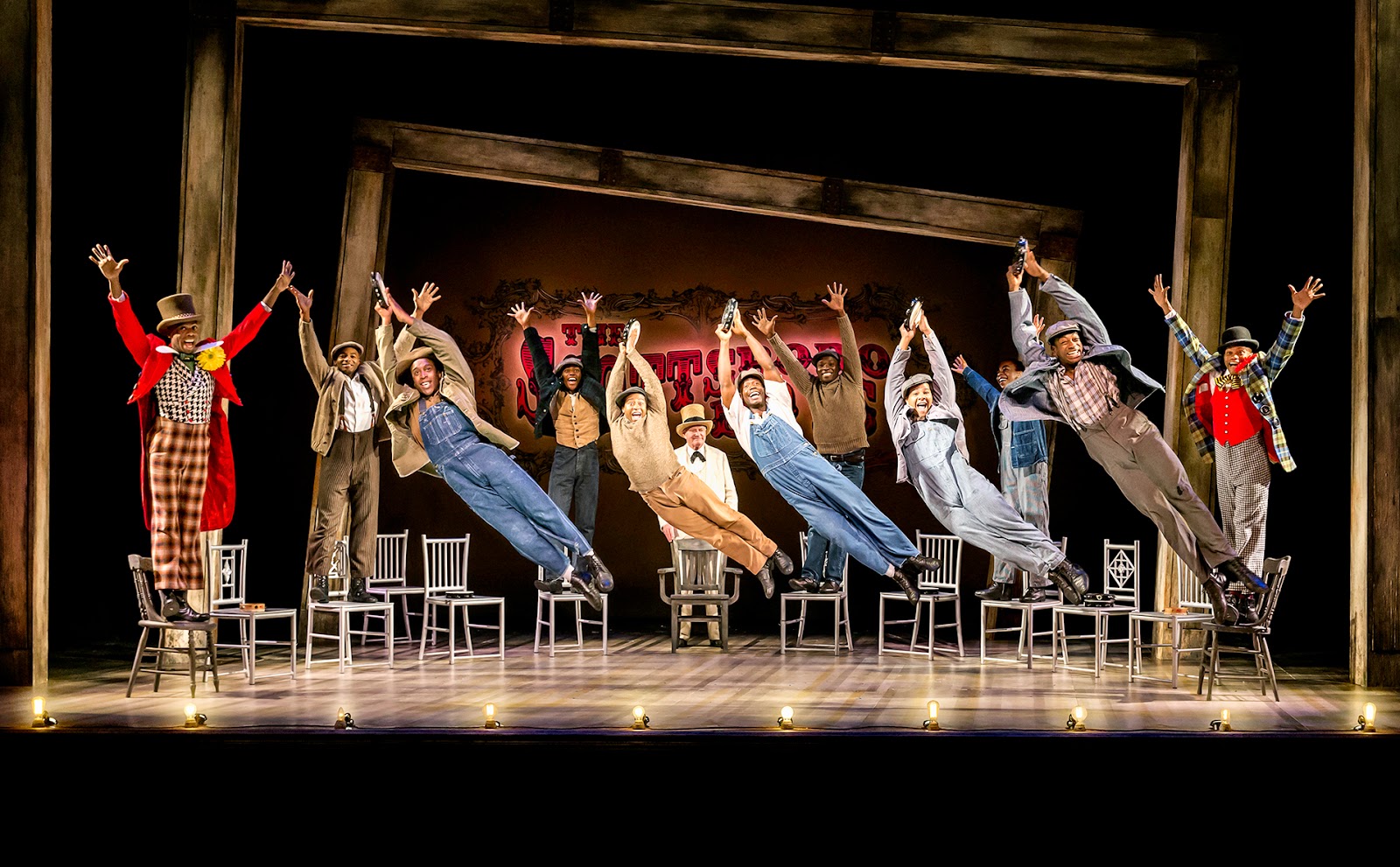 
John Kander believes it is paramount to tell such an important story such as The Scottsboro Boys.  It is a true story about nine black teenagers who were convicted of rape in Alabama in 1931 and that they were denied a fair trail, an impartial jury and poor legal representation.  The musical explores the issues of racism, bigotry, segregation, marginalisation and injustices.

The Scottsboro Boys, a Broadway musical, received its UK Premiere at the Young Vic in 2013, and transferred to the West End in 2014.  The music and lyrics have been composed by Kander and Ebb; written by David Thompson and directed by Susan Stroman.

It is presented in a minstrel show format, a bold interpretation, which gives the musical portrayal of the Scottsboro Boys' case set from 1931-37.  The music poignantly narrated the defendants' fates and experiences with a variety of acts including intricate dancing, soulful and dark music, slapstick and comical entertainment.  Not forgetting the all important dance finale summarising what The Scottsboro Boys (a musical number) went through and the legacy following it. 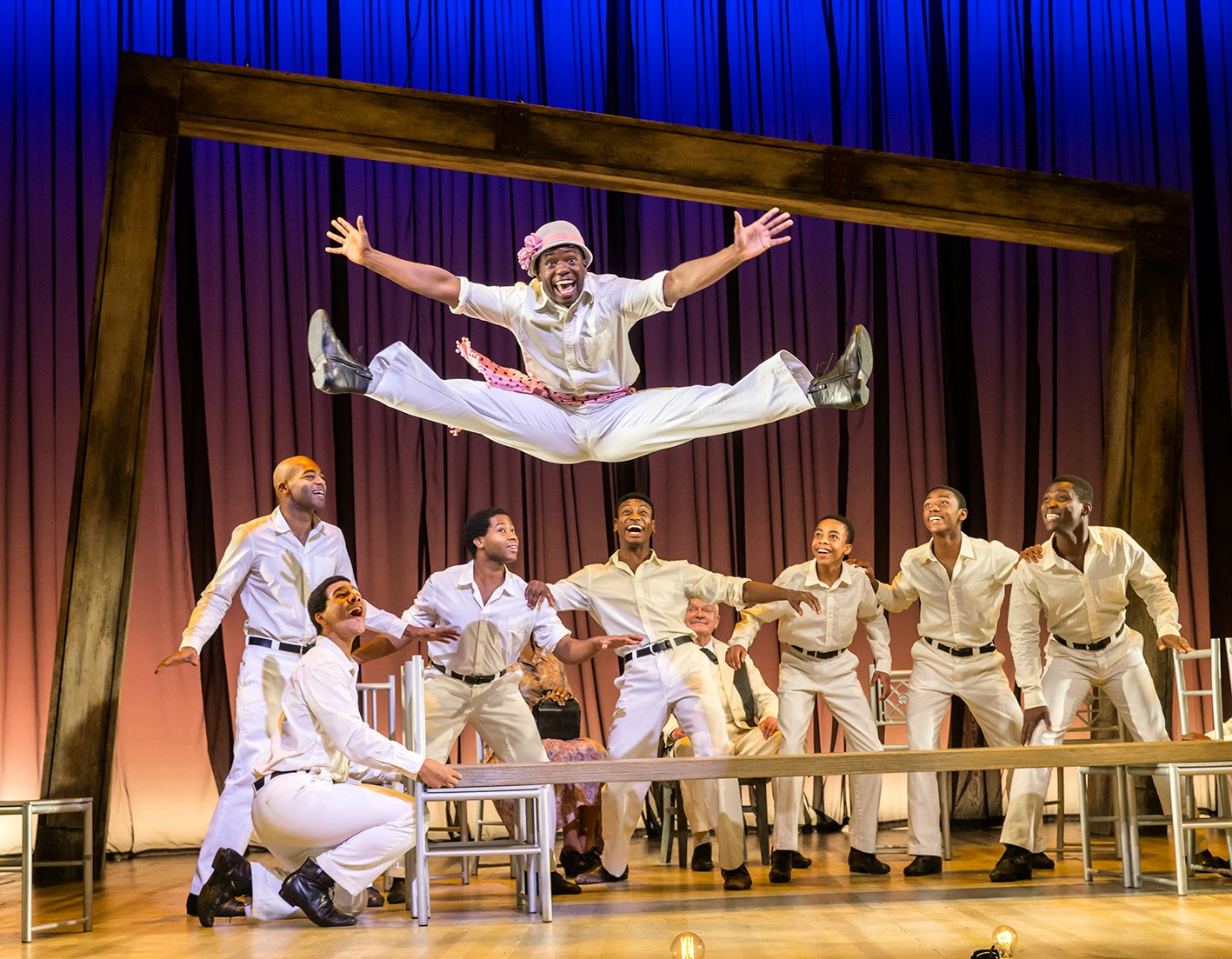 
A very talented cast effectively brought attention to the horrific and tragic injustice the Scottsboro Boys suffered.  This began the fateful journey which began the American Civic Right Movement and the high profile Supreme Court rulings. Ultimately The Scottsboro Boys were exonerated in 2013 by Alabama's Parole Board.

The theatrical approach works superbly telling a tragic yet an important story in an imaginative and creative way.  There are some moving songs such as Go Back Home which expresses the Scottsboro Boys' wishes is to be free and live in a just world.  Certainly a thought provoking production with a story which raises issues relevant today just as it was in the 1930s.

The Scottsboro Boys is playing at London's Garrick Theatre until 21st February 2015.
Posted by Dawn Smallwood at 14:39