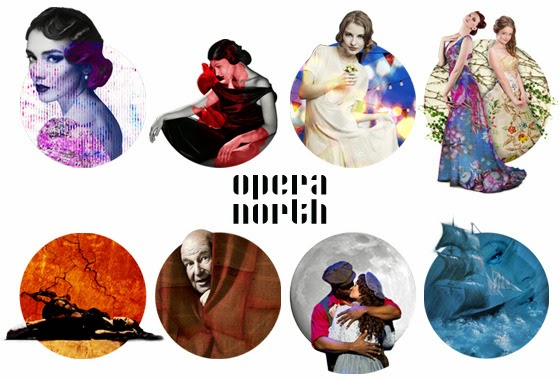 I had the privilege of being invited to Opera North's Official Launch of their 2014/15 Season.  I've supported Opera North for the past couple of years by subscribing to their opera packages. I'm looking forward to renewing my subscription for the forthcoming season.

Richard Mantle, Opera North's General Director, opened the proceedings and outlined what we're to expect at the launch.  He gave an update on the current season's production, La Boheme and an update how it's going so far.  Nicholas Watts and Lorna Jones with Anthony Kraus, the piano accompanist, gave us some excerpts from The Bartered Bride.

The exciting time when Richard Mantle introduced the forthcoming productions which have already been announced to the press and public the same day of this launch.

For Winter 2015, Verdi's La Traviata will be in the repertoire again along with a double bill of Manuel de Falla's La Vida Breve and Puccini's Gianni Schicchi, a new production (directed by Christopher Alden).  There's the ever popular new production of The Marriage of Figaro (directed by Jo Davies) along with 2012 revival of Rodger's and Hammerstein's Carousel (directed by Jo Davies). There is a concert staging of Wagner's The Flying Dutchman and Opera North/The Wrong Crowd co-production of Swan Hunter.

After the launch, Richard Mantle gave an update on Opera North's projects including audience development, Paul Hamlyn Foundation and Education in Harmony.  It was a great launch which was supported by fellow supporters and subscribers! Look forward to seeing at least some of the exciting productions in autumn! Please check out their official website and their blog about what is happening in the world of Opera North!