Strangers On A Train

I intend to see a variety of shows in the West End in 2014 especially plays.  When I was making a choice of shows to see for a recent London trip I thought, Strangers On A Train? Why not? I knew of the legendary Alfred Hitchcock movie though never seen it. 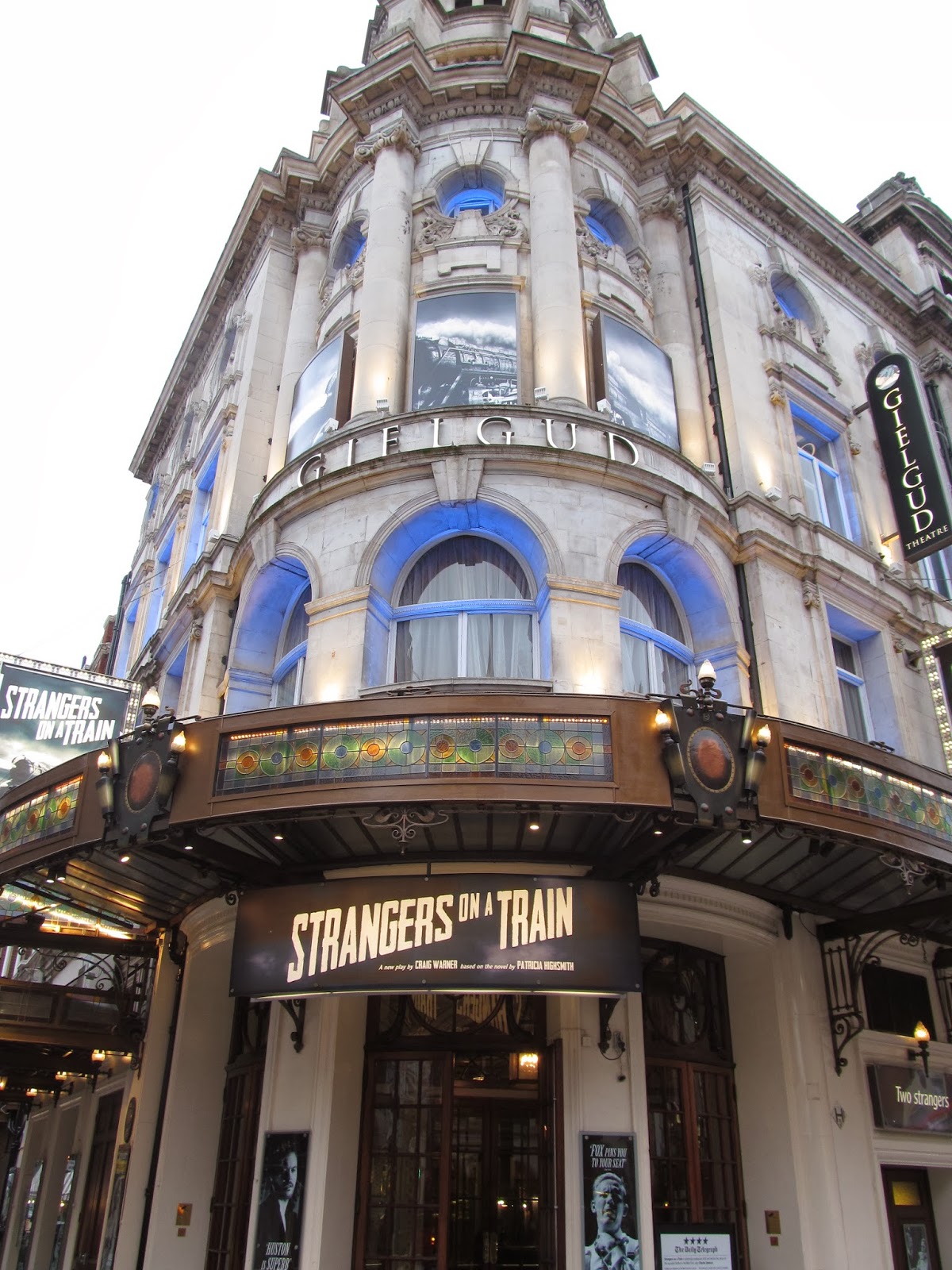 Strangers On A Train is a Noir classic by Patrica Highsmith; the play is written by Craig Walker; and directed by Robert Allan Ackerman.  Like Highsmith, Warner focuses on the psychology of the crime committed in the book (play)...from an innocent encounter on a train to a murder being committed.

We were placed on an edgy journey where we were introduced to the inner mind of one human being, Charles Bruno, who is portrayed as an obsessional and delusional character. The plays tell of Bruno's manipulation, through emotional and psychological blackmail, to Guy Haines (Laurence Fox) from their meeting on the train. This led to Haines making a fateful choice in the end. 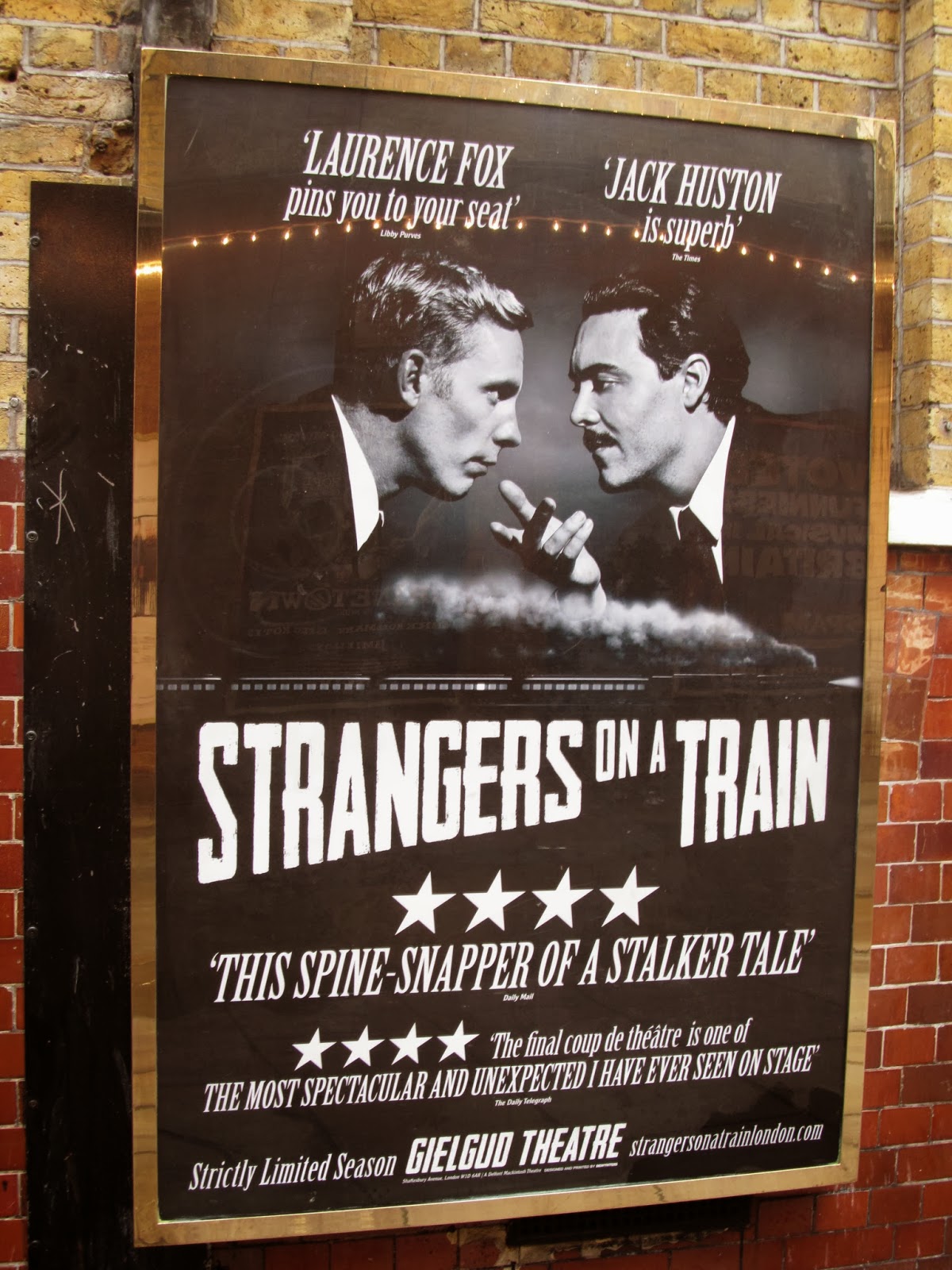 We had a great cast although we had the understudy for Bruno, Antony Jardine, as Jack Huston was indisposed.  I loved Tom Goodchild's staging and how it works nicely telling the Noir classic on stage with Tim Lutkin's lighting and Peter Wilm's projection.

It was a wonderful afternoon seeing something different but very enjoyable at a cosy theatre, the Gielgud, and being transported on a journey seeing Strangers on A Train.  I highly recommend the play though it closes on the 22nd February 2014 and click on the link for more information.  I'm so happy to have seen my first ever Noir classic on stage!


A seemingly innocent conversation soon turns into a nightmarish and dangerous reality for Guy Haines when he meets Charles Bruno on a train journey. Ahead lies a lethal nightmare of blackmail and psychological torment that threatens to cost Guy his career, his marriage and his sanity. His choice: to kill, or to be framed for a murder he didn’t commit.
Get on board for the West End’s most gripping new thriller, the classic Strangers on a Train at the Gielgud Theatre. Written by Craig Warner and based on Patricia Highsmith’s acclaimed novel, inspiration for Alfred Hitchcock’s legendary movie, this new stage production stars Laurence Fox, Jack Huston, Christian McKay, Miranda Raison, Imogen Stubbs and MyAnna Buring.
- See more at: http://www.strangersonatrainlondon.com/home/#sthash.IcGgviRi.dpuf
Posted by Dawn Smallwood at 14:56