I now have the pleasure interviewing Lien Van Beversluys, a musical fan from Belgium. 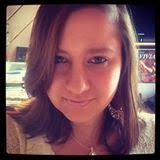 My very first musical was Cinderella in Belgium and I guess I was 9 years old. So didn't know much about musicals yet. I did a few musicals with my mother, but when I got older I stopped going to musicals with her because she actually didn't love it.  She wanted to go for me because of the people who acted in these musicals of Studio 100.  After a long break, the first musical I saw again was Evita (in Belgium) and thanks to a cast member I got free tickets. But that didn't started my journey to musicals - I know a lot of people in theatre from Belgium but also from the Netherlands and this is mostly why I go to musicals to see these people again.  I'm always curious about their acting and singing and how they participate in a new role.

Surely, We Will Rock You! I saw it eight or nine times in Belgium and already four time in London and I still love it! The music is so awesome! That's surely my number one! The second one should be Wicked, same story as We Will Rock You - saw it a few times in The Netherlands and also two times in London.  I love the story, the music and the cast!
The third one should be Domino, this is a Dutch musical and it is songs of Clouseau, a Dutch group. It was really beautiful but also sad because at a scene a certain character is dying from cancer.

Lien with Lauren Varnham
(Was in We Will Rock You; currently in From Here to Eternity and will soon be in Pajama Game)
Photo Credit: Lien Van Beversluys

I recommend We Will Rock You, Wicked, The Bodyguard and Matilda.

Lien with Brenda Edwards (Killer Queen in We Will Rock You)
Photo Credit: Lien Van Beversluys

I would love to see Thriller, The Lion King, Dirty Dancing, From Here To Eternity and Pajama Game.  So many shows I want to see!

In Belgium I saw Annie, Shrek and Cats (International tour).  If I have to choose then I pick Shrek. It's really a funny musical!  In The Netherlands, I saw Sister Act and Flashdance. Between this two shows I cannot choose which is my favourite one - they were both so good! I love the music, the acting, it's just perfect!  In London I saw The Bodyguard, We Will Rock You, Matilda, Rock Of Ages and Wicked. If I choose between these ones I would go for The Bodyguard and Rock Of Ages. I really am gutted that this show Rock of Ages stopped! But The Bodyguard is really a swinging musical and I really love the story.

In Belgium, next month, De Kleine Blonde Dood (The little Blonde Dead). The Little Blonde Dead describes the life of the artistic Baldwin who fathered a child with his old elementary school teacher Mieke.  Although Baldwin doesn't have anything to do with his son, Micky, his love for him grows by the day.  Mainly by memories of his own youth between him and his father Rainier, he increasingly feels the need to be there.  Micky falls on a day from the stairs and into a coma. The doctors given Boudewijn a choice that is heartbreaking. In April and May I'll see The Sleeping Beauty and 14-18 which is about the war in 1418.  In August, in London, I'll see We Will Rock You, Wicked, The Lion King, Thriller, Bodyguard and Pajama Game.


I would like to say thanks to Lien for taking part and please keep tuned for more interviews!
Posted by Dawn Smallwood at 13:59