Another adventure awaits me! This time to London, Birmingham and Cardiff.  I had managed to get a good deal with my train tickets which enabled for this trip to be made possible. 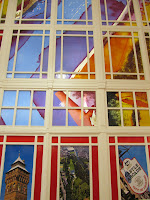 
Thursday 18th April 2013
I travelled down to London this morning and met up with Annie, Sheena and Cat for the matinee of The Phantom of the Opera at Her Majesty's Theatre.  Despite sitting in the balcony I loved the show as always! I felt both Marcus Lovett and Sofia Escobar improved as Phantom and Christine since I last saw them in February 2013 and they are so amazing together!  Lara was on holiday so we had Nicola Rutherford again as Carlotta whom I thoroughly enjoyed her portrayal.  I'm becoming fond of her as a performer!  We also had an understudy for Monsieur Andre and I presumed Gareth Snook was on holiday.  It was a a great 57th visit to the show!  We did the usual stage door rituals after the show and we had dinner at Bryon across from the theatre. 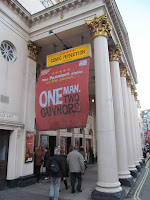 After parting company with the girls I made my way to One Man Two Guvnors at the Theatre Royal Haymarket, nearby and just across from Her Majesty's Theatre.  I enjoyed seeing Rufus Hound as Francis Henshall again and the comedy was entertaining from when the band playing before the show until the well deserved encore at the end!  After One Man Two Guvnors I returned to Her Majesty's Theatre's Stage Door as I wanted to say Hi to Nicola Rutherford.  Soon after I retired for the evening at my hotel in Kings Cross. 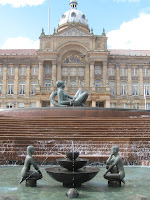 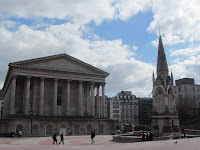 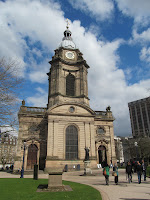 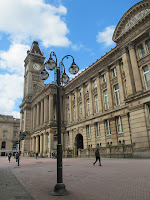 Having a lazy morning at the hotel.  I checked out and get my train to Birmingham from Euston Station.  I opted for a slower train as I wanted to see a bit of the Midlands countryside whilst travelling.  We passed some interesting places even if some, I feel, could do a bit of regeneration and TLC.  I eventually made it in Birmingham and checked in my hotel.  I stayed in the business district/historical part of the city.  It was nice having a wander round the area including Victoria Square and admiring the historic buildings such as the Council House and Town Hall.  I returned to the hotel to get ready for the evening performance of Phantom at the Birmingham Hippodrome. I met up with Keiko for coffee and cupcakes at the theatre's deli bar/cafe before the show. We had a wonderful catch up and she was also seeing the concert in Cardiff the following day. 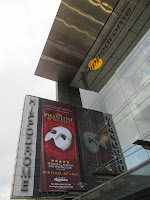 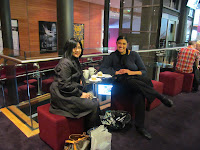 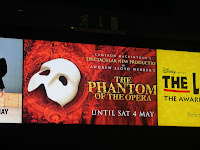 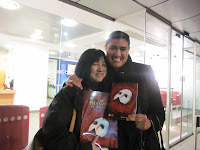 A night at Phantom with Keiko in Birmingham

I was initially disappointed that Angela Cesar wasn't on that evening as Carlotta.  This was the second understudy I had for Carlotta on my trip!  Claire Platt did a good job and so did James Bisp who stood in for Simon Bailey.  I knew that Simon was on holiday that week,  It was nice seeing both Claire and James performing as Carlotta and Raoul respectively for the first time after seeing Angela and Simon 18 times in the roles!  I loved Earl Carpenter's portrayal of Phantom and I love the human interaction between him and Katie Hall (Christine) during 'The Phantom of the Opera' and 'Music of the Night' and I thoroughly enjoyed the performance.  The tour production continues to grow on me and I feel sad seeing it one more time before the tour ends on the 4th May 2013. However it's great news for the tour to go over to America.

It was nice catching up with some of the cast at Stage Door and finding out some of their plans after they finish Phantom. Keiko, her friend and I parted our separate ways till tomorrow. 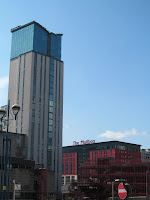 I was looking forward to returning to Cardiff because of having fond memories of the city when I saw Phantom at the Millennium Centre last December and exploring the wonderful Cardiff Bay  I got my Cardiff bound train at the City's New Street Station for the two hour journey.  We had glorious weather received stunning views of the Severn Estuary travelling through Gloucestershire.  I arrived at Cardiff Central Station around 1.30pm and checked in my hotel near Queen Street.  As the weather was beautiful I took the opportunity to explore more of the city and see the sights I haven't visited before.  I visited the Cardiff Story exhibition at the city's information Centre which was informative and interesting. 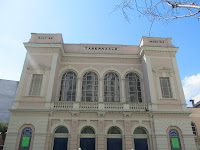 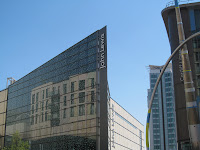 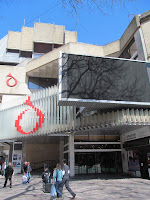 I had some more energy to explore so I walked further to the City's Civic Centre (known as Cathay's Park). There were some beautiful buildings with its architecture and I had fun taking photos.  Eventually it was time for some tea and meet up with friends at St David's Hall just before the concert.  Whilst having my tea in Costa I spotted John Owen Jones! He didn't stop but it seems to be a social meeting point for all the performers in the evening's concert. 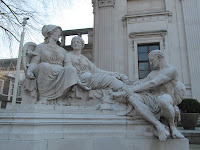 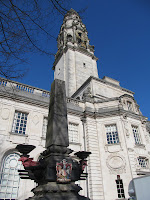 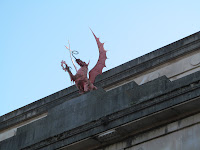 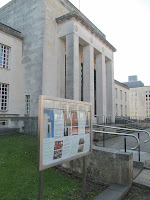 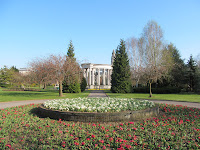 You can read about the wonderful time we had at the concert via this link.   It was worth the very late night and I returned to my hotel on a high! 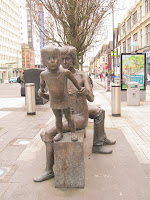 After a late check out I met up with Pat and Matthew for coffee at the infamous Costa! We had a lovely catch up and relived the exciting time the night before!  Pat and Matthew had to collect their luggage and catch their train home so we parted company where I did some more exploring.  I had a nice time wandering around the Castle and Bute Park.  Unfortunately whilst on my wanders the heavens opened! Fortunately it didn't rain too heavy. 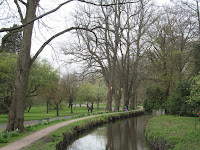 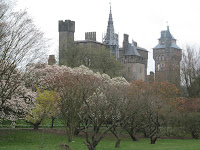 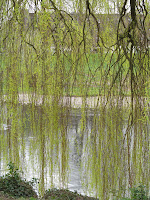 Then it was time to depart Cardiff for home via Birmingham.  On the train, I was able to reflect what a great and successful trip it was! I had a packed itinerary and felt very tired a few days after I returned.  Still it was worth it.  Very soon I'll be doing another multi-city trip for some more phantom adventures!
Posted by Dawn Smallwood at 15:36