My parents weren't concerned about seeing the musical and I had to wait one September Saturday afternoon in 1995 when I finally got to see it! I was amazed and since then I saw it a few times in London since my first visit to the show until its closure in 2002.  I also saw it on a couple of UK National Tours in 2003 and 2006 in Manchester and Bradford.  I feel, even today, it was a big mistake to close the show at The New London Theatre even if The War Horse is so amazing!  Anyway, I understand Cats is returning to the West End in the not too distant future and it's currently on UK Tour. 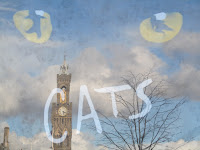 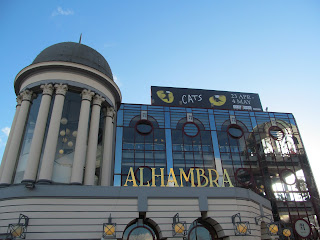 
I recently had the opportunity to see the new tour production at the Bradford's Alhambra Theatre at the end of April.  It was the same theatre when I last saw Cats in 2006.  I was having a stressful day that day so I was really looking forward to it.  I began my evening in the lovely Restaurant 1914 in the theatre.  The restaurant isn't exactly cheap, but it's worth it for the quality of food and its presentation, and the ambiance with its eclectic decor and theatre's history memorabilia with flyers advertising variety shows and pantomimes!  I had a lovely meal with great views of city park. 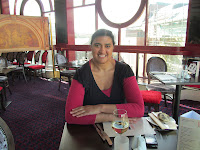 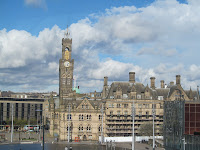 I had a great seat in the stalls.  I was disappointed that Joanna Ampil wasn't on as Grizabella but the understudy, Alice Redmond (I think!) was excellent.  We had Oliver Saville as Rum Tum Tugger; Nicholas Pound as Old Deuteronomy and Ben Palmer as Munkustrap. 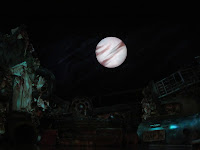 Waiting for the show to start!


The staging and lighting was impressive and it sychronises so well especially during the overture and the coordination of the musical numbers.  Munkustrap was the perfect narrator throughout the show with the entertaining Rum Tug Tugger.  There was the fatherly Old Deuteronomy and the sad and lonely Grizabella.  I loved the energy of the show with its dancing and gymnastics and how the cats 'interacted' with the crowds.  The characters of the show demonstrated different personalities of the cats and how unique each indiviual cat is. I think one can relate to one's personalities and uniqueness whether its emotions or characterisation in life.

During the interval I had my progamme singed by 'Old Deut' (Nicholas Pound). I was planning to stage door after the show but being offered a lift home from a work colleague was too good of an opportunity to miss, thanks Diane! I also saw another colleague I used to work with, Jessica and her husband, Adrian, after the show. It was nice seeing familiar faces as well as having a successful evening.

I plan to see Cats again on tour later this year! I was happy that a medley of Cats was performed at the 2013 Olivier Awards in honour of Gillian Lynne, who amazingly choreographed Cats and won a special award at the ceremony.
Posted by Dawn Smallwood at 14:55