End of September it was very busy at work and I was in the midst of getting my final essay done at university.  Still  it was the time to go and see The Phantom of the Opera in Edinburgh including John Owen Jones's last night as Phantom.  I had an early start for my journey! I got the 7.05 am train from Leeds and got into Edinburgh around 10.30 am.  I checked in the hostel near the Playhouse.  My dorm was not ready so I left my luggage in the lockers, hung around and got some studying done plus it was raining! When the rain stopped I ventured out and did some shopping.  I decided then to book a ticket for Phantom that evening.  I had to sacrifice a road trip out to the Scottish Highlands but I knew I will not regret it.  Eventually, I was able to go to my dorm and when I was close approaching it I could hear very familiar music! To my delight I was going to share the dorm with Keiko, a Phantom Phan and John Owen Jones Fan! I was very happy.  She was also going to both Friday and Saturday night performances which was great! After the horrific dorm experience I had in London when I was down there for some Olympics action. I was very happy as well as relieved!

I cooked a meal and afterwards I got ready for the evening's performance.  The Playhouse was only five minutes walk from the hostel.  Nice and convenient! I sat high up in the balcony.  Had a good view and it was not as vertical as I thought it would be so there were no signs of vertigo.  I thoroughly enjoyed the performance although I felt a bit emotional as I will only see John Owen Jones one more time as Phantom the following evening.  Bearing this in mind I felt emotional at Stage Door.  It was great to meet up with Sabine, Kathy, Vivienne, Pearl, Winifred and also Keiko!  It was also nice catching up with some of the cast, having our photos taken and getting our memorabilia signed.  I went to bed on a high that evening!

I spent Saturday morning studying and enjoying coffee! I agreed to meet up with Sabine, Kathy and company for lunch.  We had lunch at the Omni Centre and it was fun chatting even if I speak more or less no German.  Still great to spend time with like minded Phantom Phans!  Sabine and Kathy were going to the matinee and I was going to explore the City!  I went into the City Centre to visit the City Art Gallery and Scottish National Gallery and for a general wander.  I returned to the hostel for a rest before having dinner and getting ready for the evening show. 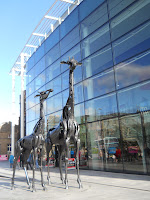 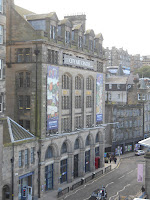 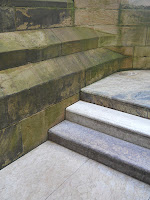 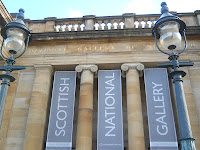 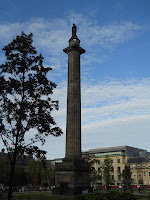 I sat in the balcony again but lower down where I had a better view of the stage.  The leg room was something to be desired though but fortunately I was in an aisle seat so I could stretch out.  John Owen Jones was on fire that evening and I was so close to tears during The Music of the Night and actually crying during The Final Lair!  I felt so emotional afterwards.  John had a great sending off and standing ovation at curtain call.  He even took his mask off!

There was a crowd of us at stage door.  We waited patiently and amicably despite the rain.  It was a nice atmosphere compared to packed stage doors in the past!  I saw those again who I saw last night and also some of their friends which was nice.  Eventually, John Owen Jones came out and took a photo of all of us (I was in the photo lol!),  We then waited out turn to give our thanks, got our memorabilia signed and posed for photos.  There were some interesting gifts which were acknowledged by him from his tweets.

The following day was some kind of anti climax from the night before.  However I did have a walk to Leith to see the docks area and the Ocean Terminal.  I saw the Yacht Britannia but I did not want to pay their extortionate admission fee to look around.  So I just took photos from the Ocean Terminal's viewpoints and also you can look out to the Firth of Forth and the distant Forth Bridge.  Leith, for a long time, was a run down area since the decline of the docks activity in the 1970s.  Extensive regeneration has taken place in the area and it is such a pleasant area to wander round and taking in the history through its building.  There is a good choice of restaurants for one to chose from.  There is still a tired feel to the high street and residential area though  It was an interesting way to spend Sunday afternoon. 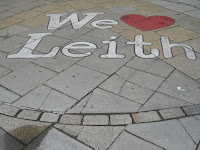 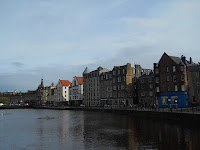 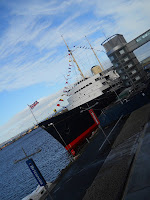 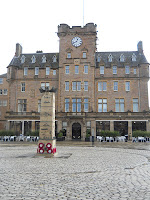 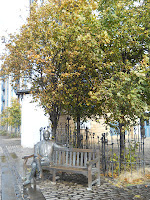 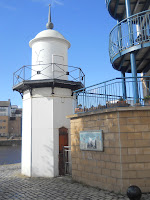 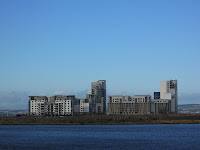 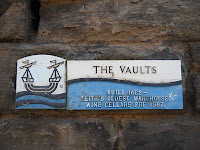 On Monday I caught the train down to Berwick Upon Tweed, a town on the Scottish/English Border where I planned to spend a couple of days before returning home.  After a 40 minutes journey I arrived and walked to the hostel near the River Tweed.  I could not check in the dorm so I had to leave my luggage went out exploring.  I visited the Town Centre and its walls where there are great photo opportunities.  I also paid a visit to the Tourist Information Centre and asked the staff what they recommend I should do during my visit.  I eventually checked in my dorm and went out again to do some grocery shopping for my meals.  After cooking dinner and relaxing I settled down for the evening!

I had one full day in Berwick so I took full advantage of it and did the Lowry Trail.  I had begun the train in the town centre in mixed weather including rain! I then crossed the river towards Tweedmouth, a nearby village, and Spittal Beach and as walking the weather cleared with sunshine. When I reached Spittal beach I was greeted with sunshine, blue skies and blue sea! It was magical!  I had fun spotting the portraits.  I had managed to find them all except for one, the lighthouse, as the area was cordoned off. 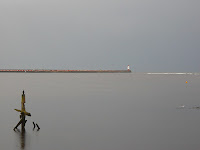 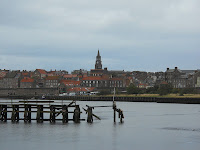 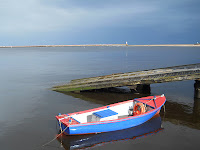 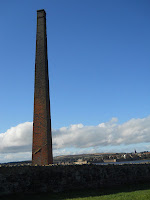 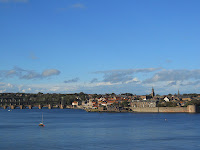 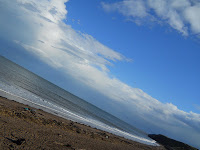 The following I went home via First Class on the train.  I had got a cheap deal and I thoroughly enjoyed being pampered with a comfy seat, wifi and free food and drink including wine!