A Production Tchaikovsky would be proud of! 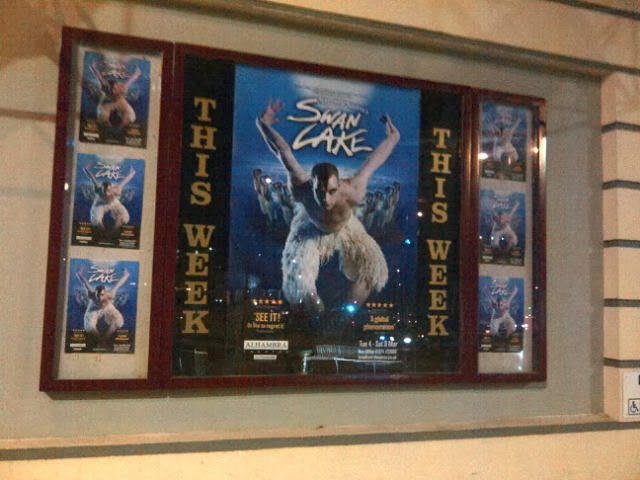 Matthew Bourne's production of Swan Lake first premiered in 1995 at Sadlers Well, New Adventures's spiritual home.  Eighteen years later the production is still going from strength to strength.  I had an opportunity to see the production one evening at Bradford's Alhambra Theatre.  I was secretly confident I'll enjoy the production after being positive about the company's new production of Sleeping Beauty last year.  Seeing the Billy Elliot movie the night before, especially the very end, gave me a taste of what is about to come.

I admire and respect Matthew Bourne's fresh and modern approach to these productions especially the timeless classics such as Swan Lake.  I feel it's a personal invitation by Bourne for us to approach these productions with our own open and creative minds.

The production is a modern tale of Swan Lake.  The focus is primarily on the Prince (Simon Williams) and his life in Royal High Society.  The story explores his character: Exploration of his identity as a person and in society; his estranged relationships with his mother, The Queen, and his Girlfriend; his longing to be loved and wanted and, crucially, his encounter with The Swan/Stranger (Glenn Graham) and the consideration of his sexuality.

I feel the story of the Prince is a parallel one to Tchaikovsky whose tendencies were similar especially around sexuality.  I was watching the programme, White Swan, Black Swan and Tamara Rojo, the presenter, echoed similar thoughts of the composer - how Tchaikovsky's societal life aligned with the Prince's.

From beginning to the end I was enthralled with the production.  Loved Glenn Graham's Swan/Stranger; Simon William's Prince; Suranne Curtin's Queen and Anjali Mehra's Girlfriend and the talented members of the cast.  They did a great job telling the story of Swan lake with innovative and contemporary acting and dancing which was united by Matthew Bourne's choreography.

The production of Swan Lake brought the deep emotions from Tchaikovsky's score and gave an insight to the audience about how Swan Lake meant a lot to the composer.  I loved the modern sets and the iconic swan costumes, courtesy of Lez Brotherston and the lighting by Rick Fisher.

The performance received a well deserved applauses and a number of people gave standing ovations.  I've never seen the theatre, especially the upper circle auditorium, full!  So it must attract an exciting wide range of people for them to come and see it. Definitely a good thing! I hope Matthew Bourne's Swan Lake will tour again in the not too distant future.  A favourite production highly recommended! Please check out the website for the remaining venues on the tour.